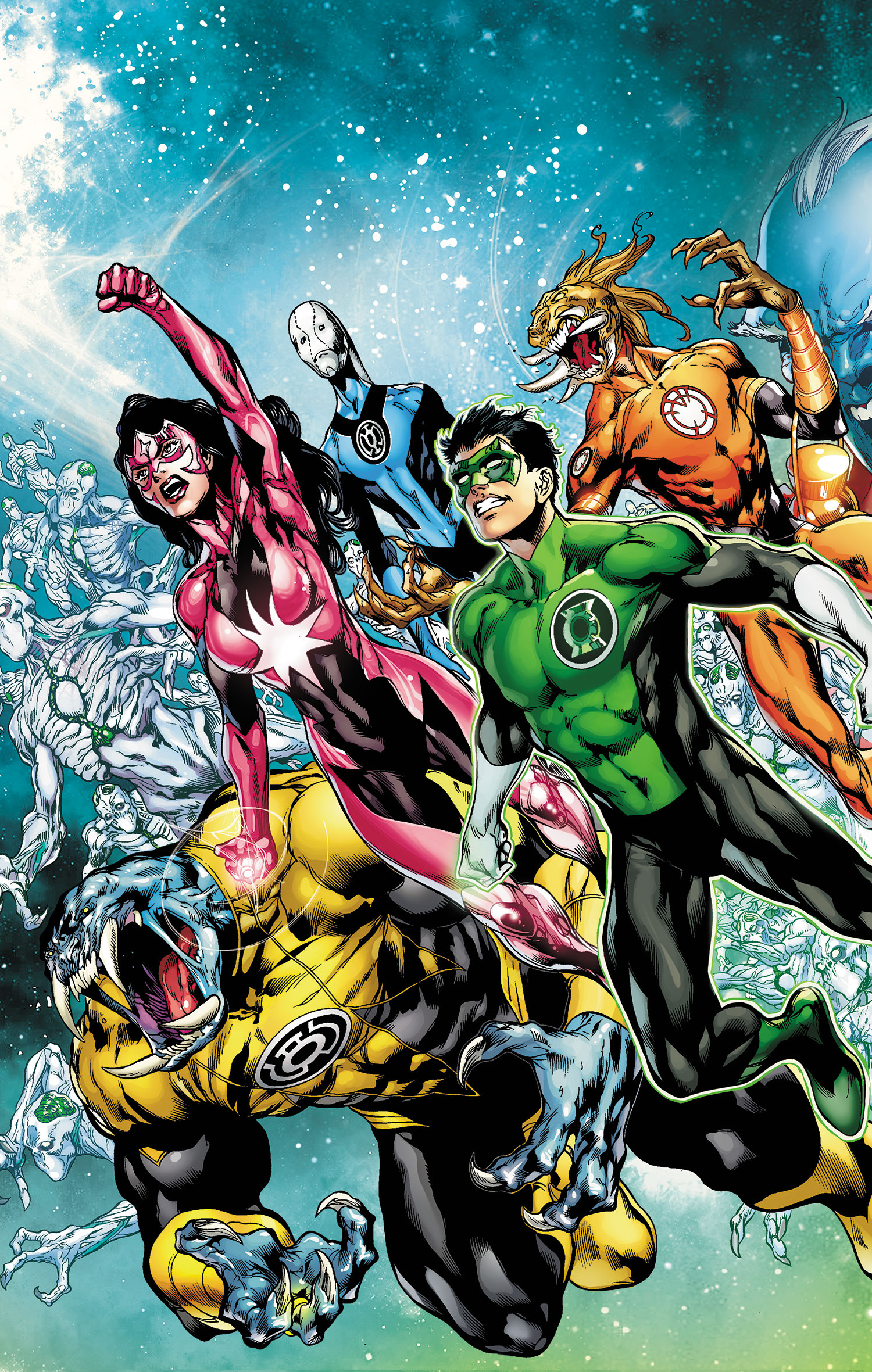 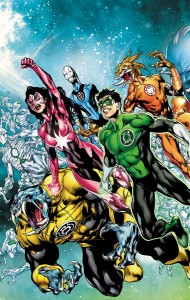 The Guardians of the Universe have gone mad and set out to create a Third Army — one which will enforce order and safety in the universe more effectively than their previous two attempts, the Manhunters and the Green Lantern Corps. Sounds great, unless your vision of the universe is one with free will. When the Third Army comes, they take everything: your mind, your heart, and your soul, leaving only a husk that does the bidding of the little blue men at the center of the universe. And it’s up to the various Lantern Corps, Green first and foremost, to make sure that stops.

This is a tough collection to review from a critical standpoint for a variety of reasons. While it does the service of collecting everything published under the “crossover” banner of Rise of the Third Army for those completists among serious collectors, I’m not sure it’s doing much of a service for anyone else. DC’s model since the launch of the New 52 has been to run crossovers that can be read as individual titles first, without the absolute necessity of reading all the titles to understand the story. I myself took this opportunity to only read the core title, Green Lantern, throughout, and I found the experience very positive. With few exceptions (which I’ll detail below), I never felt like I missed anything and loved the story, even granting Green Lantern #0 a coveted 10/10 review. 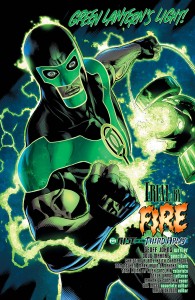 The reverse danger of this practice is evident in this volume. Let me say outright that none of these stories are subpar in any way, shape or glowing emerald form. I certainly have my favorites, into which I will go in detail, but as a collection, it suffers from being less than the sum of its parts. The flow of the volume is jarring — although DC did make the wise decision to group the New Guardians and Red Lanterns stories together in one easily skippable center section — and the result is quite a bit of confusion over when certain characters learn of the Guardians’ treachery and how time is proceeding throughout the story. It also leads to somewhat awkward cliffhangers, now located in the middle of the volume, for stories that will continue in what I presume is the next issues not included. For my money, neither of these two books contribute anything significant to the overall story, and while they may be compelling continuations of their own story arcs, I can’t necessarily know for sure.

What does work quite elegantly is the mesh of Green Lantern and Green Lantern Corps, however, as the adventures of new recruit Simon Baz, his erstwhile partner squirrel-like B’dg, John Stewart, his Star Sapphire companion Fatality, and ever-charming Guy Gardner take center stage. With Hal Jordan more or less off camera for the length of the volume, these characters are given brilliant room to shine by writers Johns and Tomasi, crafting a woven story that makes better sense and holds stronger continuity and feeling than their two individual parts. The threat of the Third Army is well communicated, although somewhat undersold as what it truly is — an epic Zombie in Space horror story — and the internal politics of the Guardians’ deception plays out in fascinating ways with each character. Simon Baz and Guy Gardner drive the action exceptionally well, taking a potentially new smartass and the original one, and making both instantly likeable and heroic. 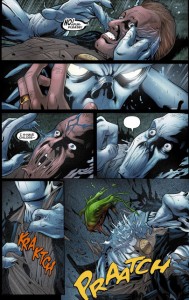 The one thing that doesn’t suffer in this volume, however, is the art. All four primary series artists have combined to make a single book with just gorgeous amounts of detail, perfect panel construction (hectic for fight scenes, stable and serene for character moments), and the ability to make this Third Army pretty darn frightening. Had that last aspect been given more room throughout, I think this story could have held itself up to the latest Animal Man volume or The Walking Dead, particularly for its strength on character interactions and motivation. What’s left, though, is not enough horror to tie the book together in a profound way that reads as a single story, and that’s what I want from my hardcover purchase. If you’re in it just for the art, though, this is a surefire buy.

A collection that feels like too many moving pieces, although some (if not all) of them a true delight to experience on their own, Green Lantern: Rise of the Third Army may be a good buy for those looking to just fill in some gaps or experience a single moment in the line, but it’s not going to read like a complete(d) epic. For my money, I’d wait out the eventual publication of Green Lantern Volume 3: The End [October] and Green Lantern Corps: Volume 3 – Willpower [December] to experience the sophistication and high quality of these stories the way they were meant to be presented.