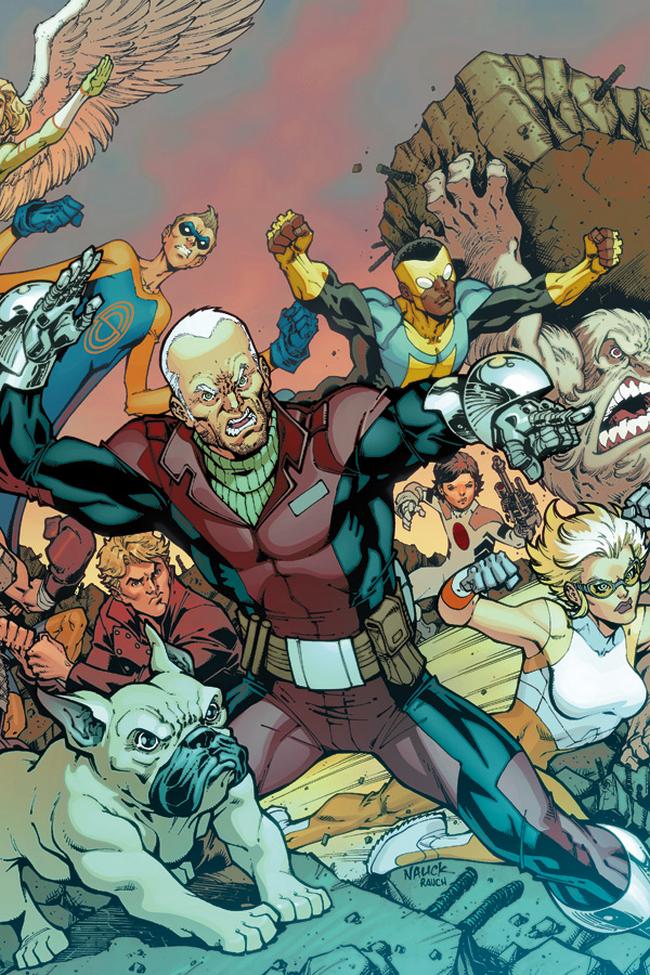 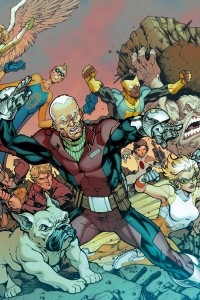 The Guardians of the Globe return to comics under the guidance of Phil Hester and Todd Nauck in Guarding The Globe #1. I had high hopes for this comic as a gateway to the Kirkman-verse as I have, as of yet, not found an easy jumping on title for any of his books. While this comic wasn’t as confusing as some the others, for a #1 I will admit it missed some big points. At no point do we explicitly learn who all is on the team and what their purpose is. Slowly, most of the characters are referenced by name, but I still do not know who these people are, what they can do, or why they are doing it. That’s a big problem for me with any issue, let alone a #1 of a team book. Hester’s voices for these characters are fine, the structure of the issue is somewhat chaotic, though. This books shifts quickly in many directions, with many missions and personal Brit moments interspersed throughout it. This is all good, if the transitions weren’t so hectic and jarring. The flow of this story was hurt dramatically by the rapid shifts, and the drama of Brit’s situation was undermined. Hester is a good writer, I have no doubt the book will find it’s flow, but this title hasn’t found it yet in the debut issue of this volume.

The art by Todd Nauck is consistent throughout the issue, though he seemed to be caged in at some points with all the low-key scenes. Nauck’s action is a strength and this issue is sadly lacking. His art is solid, though, and I look forward to seeing him pencil when this team gets let loose on some foes. He pencils the “slower” scenes of this issue well, the art is never bad, but a game of catch just doesn’t have a lot of impact in a comic, especially with so many other scenes that are dialogue heavy or mission recaps.

The debut issue of this volume has its flaws, but I am willing to try it again. Hopefully subsequent issues will be a little more focused and give this new series reader a greater glimpse of what this team is about.