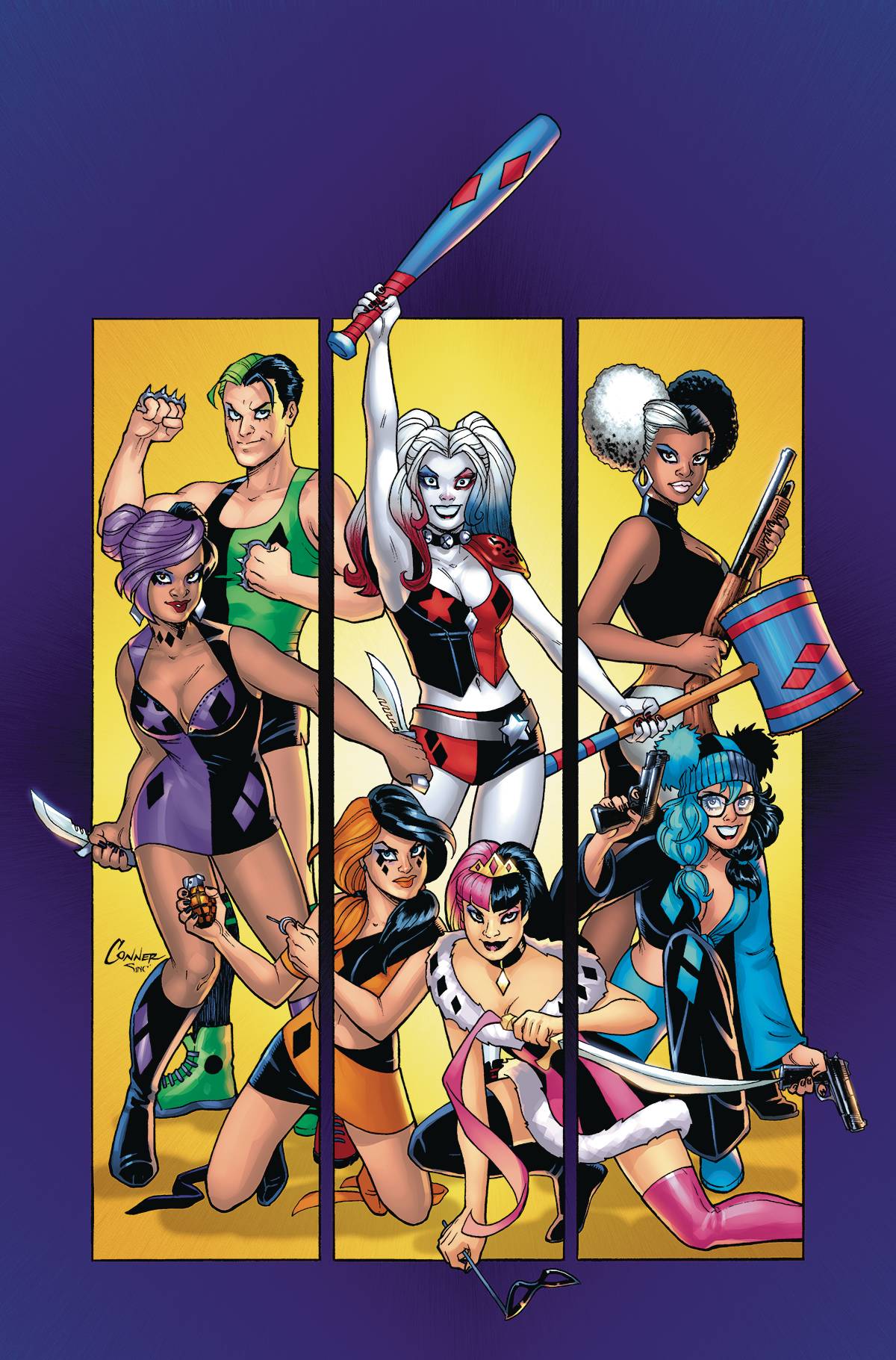 Harley has been kidnapped, and it’s up to her gang of Harley’s to save her. The issue starts strong with the gang battling gentrification hipsters. However, it quickly falls off.

After this fight the gang is not presented as capable, talented or even concerned for Harley. They are presented as selfish and clueless. Okay, Harley herself has been presented in this fashion, only to subvert expectations.

Then so many more opportunities were wasted. So much set-up to subvert racist thinking or status quo. In the initial pages there is a line-up to introduce and describe the gang. You can tell by some of the details they were looking to play with expectations. So, what happened?

Here are some examples. By the end two of the girls are calling each other “Jewish Harley” and “Hindu Harley.” While it is clear they were attempting to hurt each other while fighting about what to do next, the name-calling is never challenged. And then some panels come across as straight xenophobic: 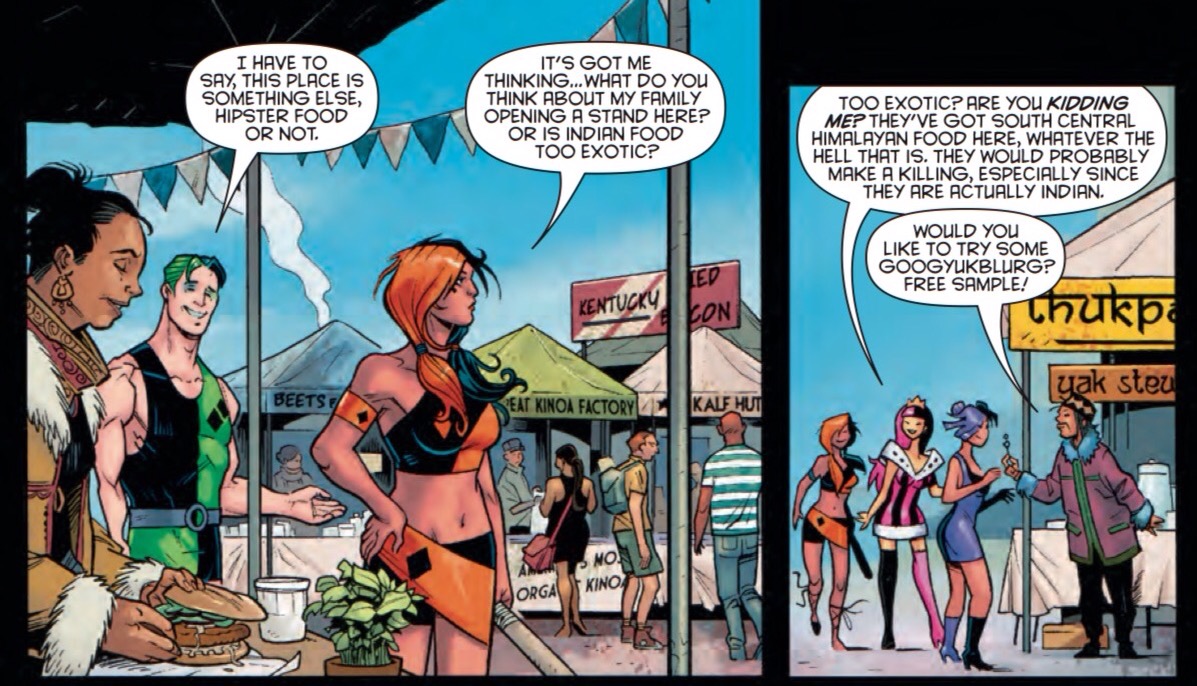 There are only two places where the humor can be derived from in this panel: an Indian-American woman who is afraid her food is too exotic, and Himalayan man who is shown as being different. That is not humor, that is othering.

Instead of delivering on that initial dialogue, it’s left to lay on the page without genuine humor or challenge. The most cliche lines of thinking, that Americans have about cultures from other countries, are spewed out. It’s very clear this was some backward attempt at irony, but instead is just sounds insulting.

There may be attempts to play with or subvert these questionable representations in future issues. Yet, setting them up with no actual subversion in the given issue is irresponsible. Beyond that, it’s just not even funny unless you’re xenophobic.

The artwork falls right in line with the other Harley series. Bright colors, large faces and eyes, detailed backgrounds and action fluid layouts are found throughout. Final execution might not be as clean as the main Harley Quinn series, but works.

It was rather painful and upsetting by the end, because you kept asking yourself, “Wait, what?” Not in a “what happens next” style. It was more of a questioning of why the story was taken to these points to at all. Depending on issue 2 and the reveal of who villain Harley Sinn actually is, this might be insulting enough to turn me off from the entire line.