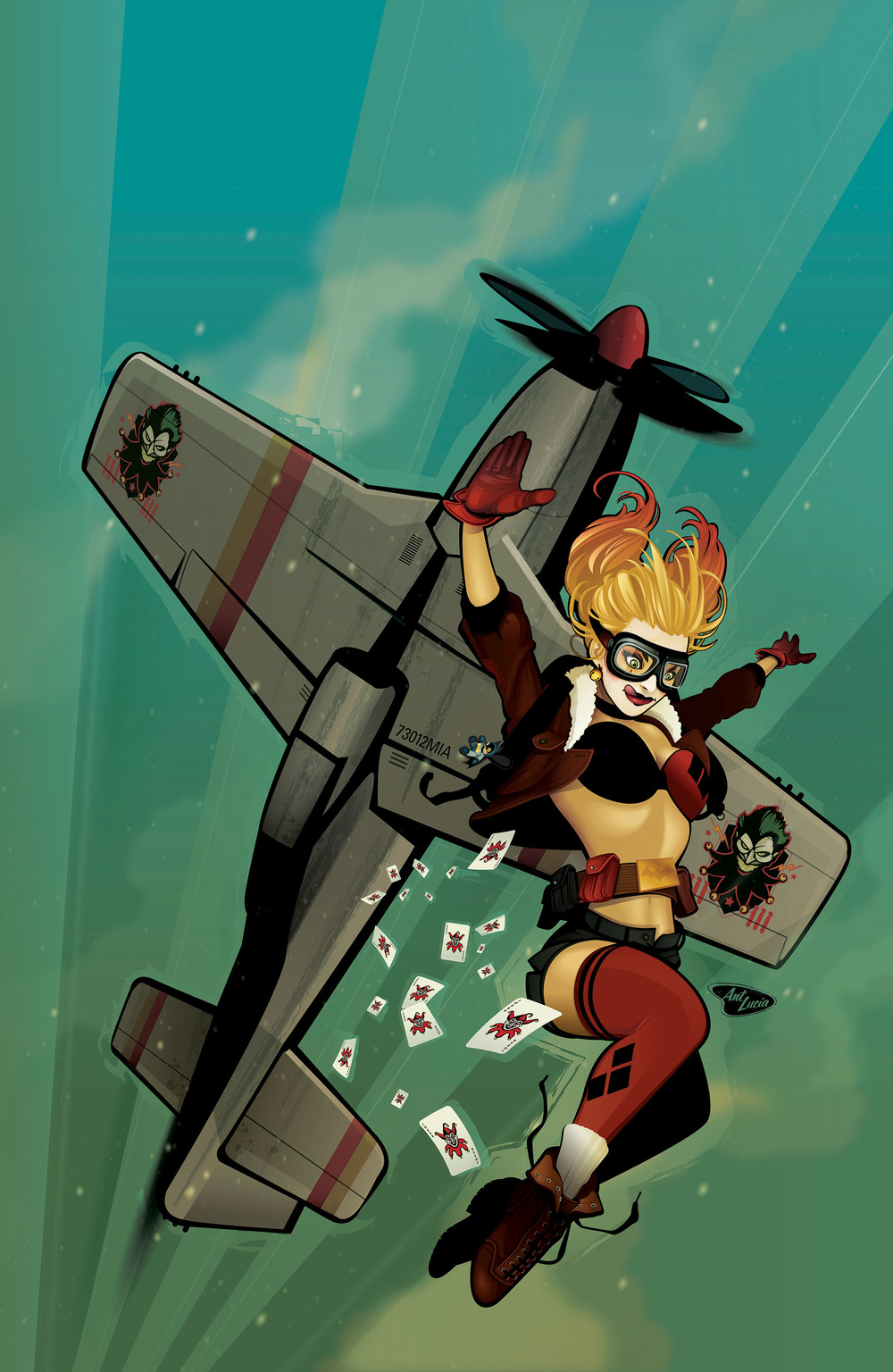 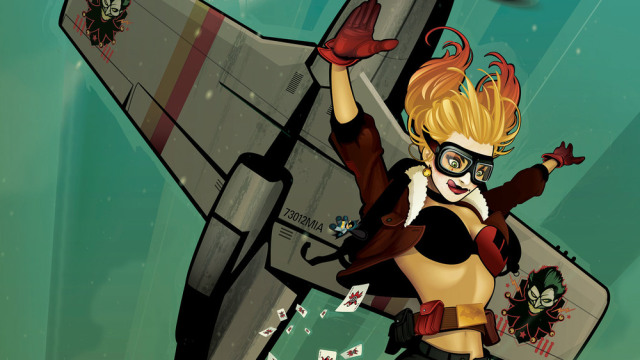 Harley Quinn would do anything for Poison Ivy, including staging a break-out of Arkham Asylum when the femme fatale gets captured by Doctors Bash and Bliss. What Harley finds when arrives to save Ivy is… beyond imagination, taking the four of them on a tour of their subconscious, thanks to some… medicinal aide.

Yes, dear readers, get out the Doritos for this ride. You’re going to have the munchies soon enough.

I don’t know what’s crazier, to be honest: Conner and Palmiotti delivering an absolutely hilarious and absurd adventure every month that tops the month before, or the fact that DC Comics would ship a book that has a scratch and sniff component. This is definitely not one to buy on Comixology, folks (Sorry, Comixology). You need to own this one to get the full nasal experience.

[CORRECTION: You want to own BOTH versions, as DC has released a DC2 edition of the Annual that is HILARIOUS and gorgeous in ways very different than the print edition. How the page cascades definitely adds to the experience of Harley and Ivy’s hallucinations and breaks down the dialogue so that it never overwhelms the page, and the pop-up jokes are worth the extra $5 in the can. Seriously.]

Not that the story sans smells isn’t worth your while. Harley is at her normal level of excitement and hilarity, which is to say, through the roof in her fun factor. I’d almost liken the series to date like a kid who maybe needs a little Ritalin, but is so amusing you just let it slide. The dialogue is fast — and full — in a way that could be overwhelming to the book as a whole if it wasn’t so damn funny AND endearing. Harley and Ivy’s relationship has never been so sweet and comforting. Fans wondering where female friendship had gone in comics today: trust me, it’s right here.

The way Palmiotti and Conner pop in and out of meta conversation within the book is clever enough (especially when utilized to point out the location of smells or lack thereof), but the idea of taking that to another level and making it a psychedelic experience is inspired. I want a Harley Cat and Hairball comic book. No, strike that. I demand it.

The real treat behind this issue (aside from the strange collections of smells — that pizza is… something) is the collection of artists moving the characters through their hallucinations and into crazy adventures. John Timms handles all the scenes not under the influence with the same artistic charisma we’re used to seeing monthly from Chad Hardin, but with a slightly more angular and less brushed style. His Harley is still awkward, acrobatic, gorgeous, and goofy on a dime, and Ivy is nothing short of completely sultry.

Where my eyes almost dripped out of my head, however, was in encountering the gorgeous pages completed by Stjepen Sejic — a glouriously lush encounter between Poison Ivy and a red and puffy-eyed Swamp Thing, leading into a blaze of fire, and one of the funniest hot tub scenes I’ve ever read.

A crazy romp that proves, once again, how special the work Conner, Palmiotti, and company are doing is, and how amazing it is that DC lets it happen month after month. I scratched. I sniffed. I laughed. And I’m ready to do it all over again. And fast, before the buzz wears off.