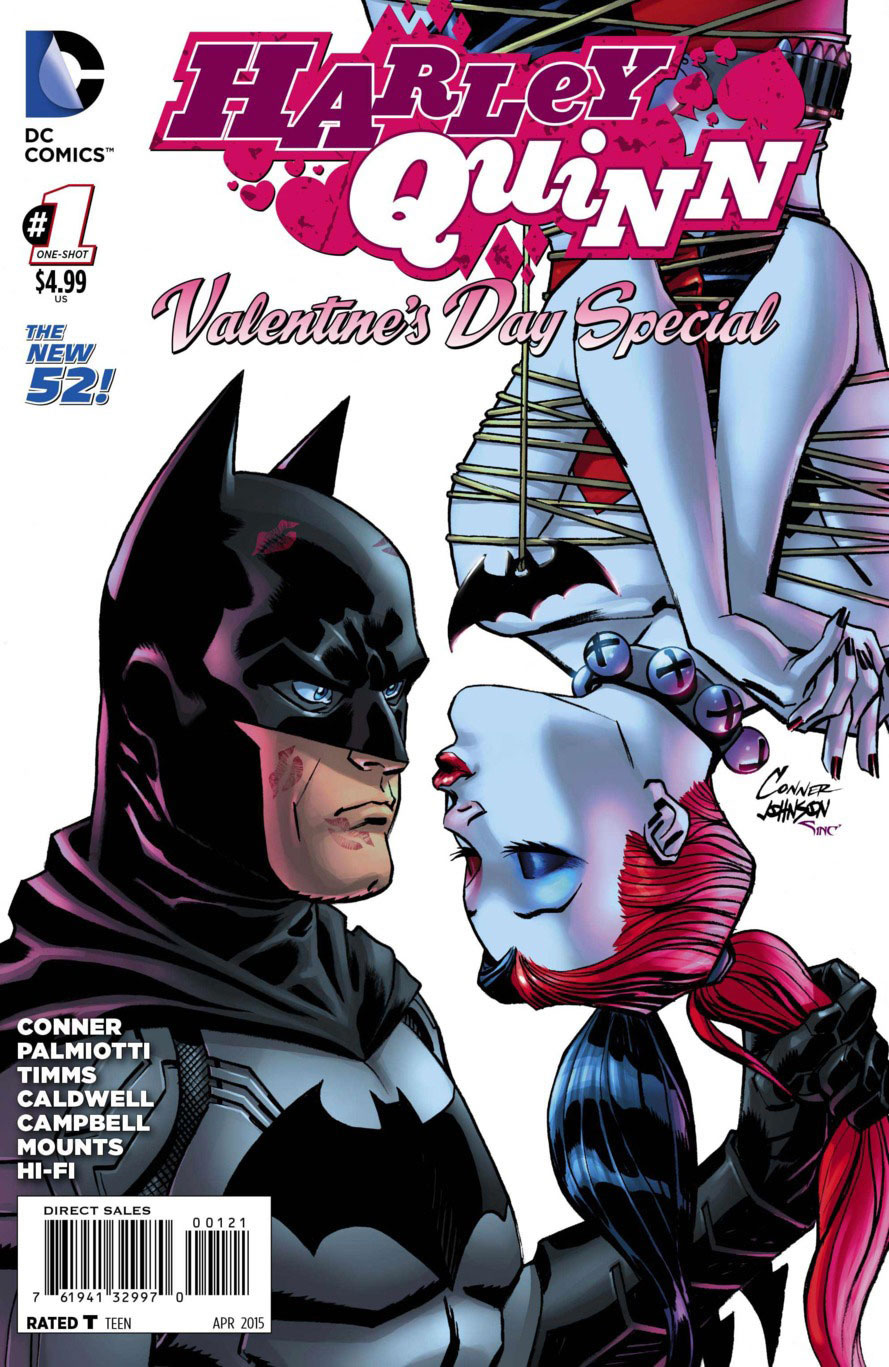 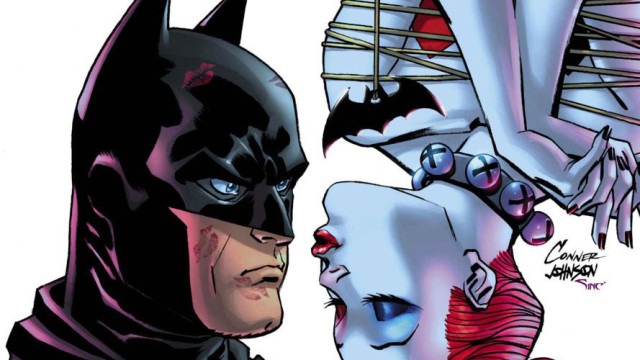 Harley Quinn on a date… with Bruce Wayne? Well, eventually. But first, she needs to find a million dollars, stop a pair of fish-themed eco-terrorists, beat down a Wall Street criminal, have a dream sequence or two, hug a whale, and get a little help from her friends along the way.

Whew! This date better be worth it!

And, like always, it is. Conner and Palmiotti once again deliver a fun-filled romp through Harley Quinn’s twisted mind that’s equal parts endearing, hilarious, and just plain sick. With every installment of the title, special or otherwise, we’re getting a little bit more of Harley’s humanity — here, bounced off a relatively un-grim Dark Knight in his day wear ensemble.

Harley is most definitely the hero this round, but what I like so much about her is you really can’t know what to expect until you turn that page. The writers keep her adventures fresh, so even after a San Diego Comicon Special, a Holiday Special and a Scratch-and-Sniff Annual, there’s still another angle to explore on Quinn’s character. It’s no wonder DC is looking to the pair to launch a second Harley book this coming summer. There seems to be no end in sight to the magic they can play up with the anti-hero (anti-villain?).

Part of what keeps the title so fresh has got to be the narrative use of dream sequences, here centered around Harley’s matrimonial bliss with nearly-billionaire Bruce Wayne. Each one has a different sense about it, tied very closely to the quality of art gracing the page. In each case, Palmiotti and Conner are writing to their artists’ strengths, and boy, does it show.

Ben Caldwell’s sequence depicting Harley and Bruce’s child-rearing discussion is so simply and beautifully crafted, it’s no wonder he’s been pegged for one of June’s new ongoing titles — Prez. And Aaron Campbell’s sequence inside Bruce Wayne’s head — a starkly realistic take on the team of Batman and Harley — is so carefully and sharply rendered that you feel like the two are jumping right out of a crime novel onto the graphic novel page.

John Timms returns to Harley, having handled art chores on the last two specials, and brings with him his trademark fun and breezy pencils and finishes. His rendering of the characters from the regular title are not quite as detailed as what we find there and, at points toward the end of the story, seem to feel a bit rushed. However, there’s a lot of charm to his interplay between Harley and Bruce, and even Harley and Batman, giving us an upscale version of our usual potty-mouthed and kooky protagonist. And it’s always a pleasure to see an artist treat Harley with a modicum of body respect, something this title has excelled at overall.

Yet another funny and surprisingly warm chapter in the wacky narrative that is Harley Quinn, this Valentine’s Day Special gives us a great self-contained story with its own pace and flair. And to top it off, as a great place to highlight a few artists we rarely see on the DC Comics page, this issue is once again a sure bet for the pull list.