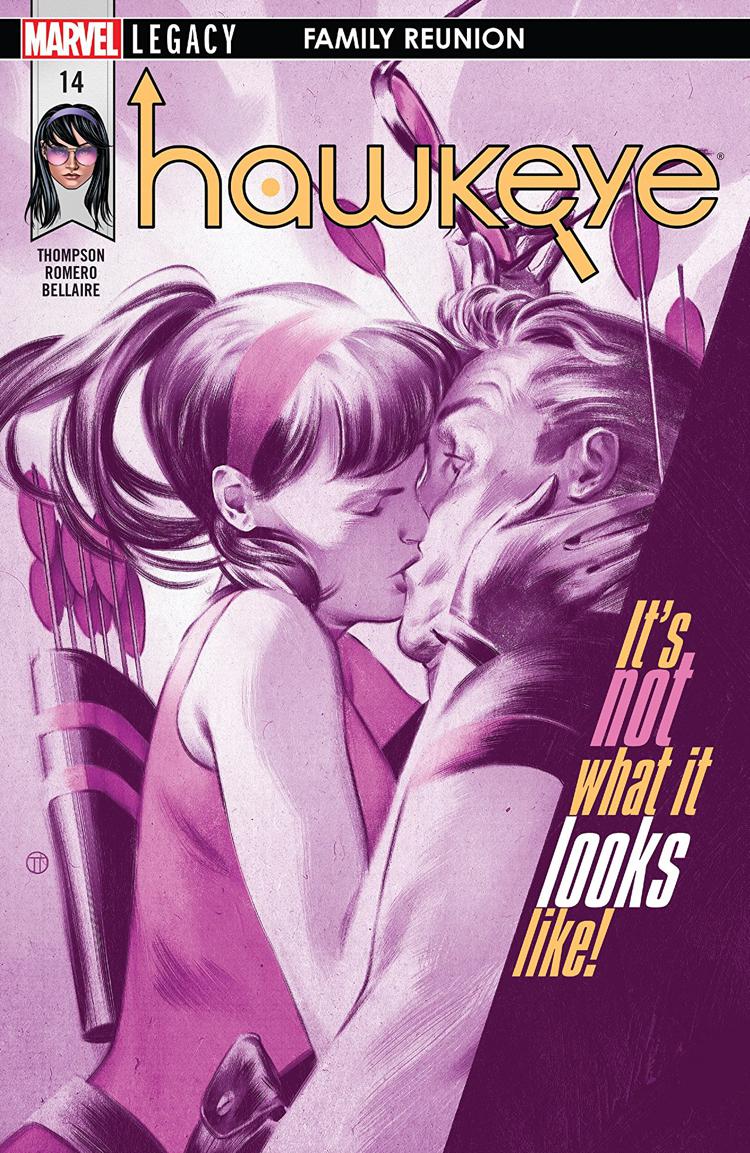 Kate’s friends (Ramone, Johnny, and Quinn) and Clint plan a rescue mission, while Eden attempts to strike a deal with Kate to take down Clint, using her mother as a bargaining chip.

The first meeting between Clint and Kate’s friends is funny, but it also demonstrates how much everyone involved cares about Kate. The trio are openly concerned about Kate, grilling Clint about what actually occurred, while Clint is preoccupied with finding frozen peas. Even though he doesn’t appear to be worried and doesn’t have an actual plan to find her, it’s very clear how much he cares about Kate, with her rescue his top priority.

Thompson has created a new support system for Kate and it’s interesting to see her new friends interact with Clint. Thompson is able to use humor and jokes, mostly from Clint, to balance out the drama and tension occurring in Kate’s scenes, but without shying away from the pain Kate feels when it comes to her mother. Many of Kate’s previous stories have centered on her relationship with her father, so getting to see flashbacks of interactions between Kate and her mother, as well as Thompson exploring how Kate feels about her mother, is a really interesting storyline. Kate even gets a moment of closure, apologizing to her mother, before Eden takes her away again.

The layouts in this issue are phenomenal. Romero uses a mixture of panel sizes, odd sizing, and panels overlapping panels, making each page’s layout unique. When Clint first breaks into Madam Masque’s lair, there are smaller panels that highlight details, such as where Clint’s arrows land on Masque’s crew. The use of the smaller panels helps the reader follow what’s happening and makes it feel like events are occurring at a fast pace, making a cinematic action sequence come to life on the page.

The transition from Kate’s flashback to present day Kate in Eden’s layout really stood out to me. The last panel in the flashback has Kate’s mother’s hand on her face, and that same positioning is used in the next panel in the present day, just with an older Kate. The dialogue is also similar and Kate’s mom is wearing the same dress and necklace. While it seems as though Eden’s abilities bring to life Kate’s mother directly from her memories, it feels real to Kate, as that’s how she remembered her mother.

Bellaire uses black backgrounds when Kate’s friends are demanding answers from Clint, emphasizing their reactions and making them seem more threatening. Bellaire uses purples in the flashback scene between Kate and her mother. This visually separates the memory from present day, while also connecting to Kate’s color of choice. It’s also very funny to me that in the photo of baby Kate and her mother in the flashback, young Kate’s outfit has the hip holes.

This issue is a lot of fun, but it also delves into Kate’s feelings surrounding her mother. Clint and Kate teaming up is always a lot of fun, but the addition of Kate’s new LA friends adds humor and shows that Kate’s really starting to build a life as Hawkeye separate from Clint.