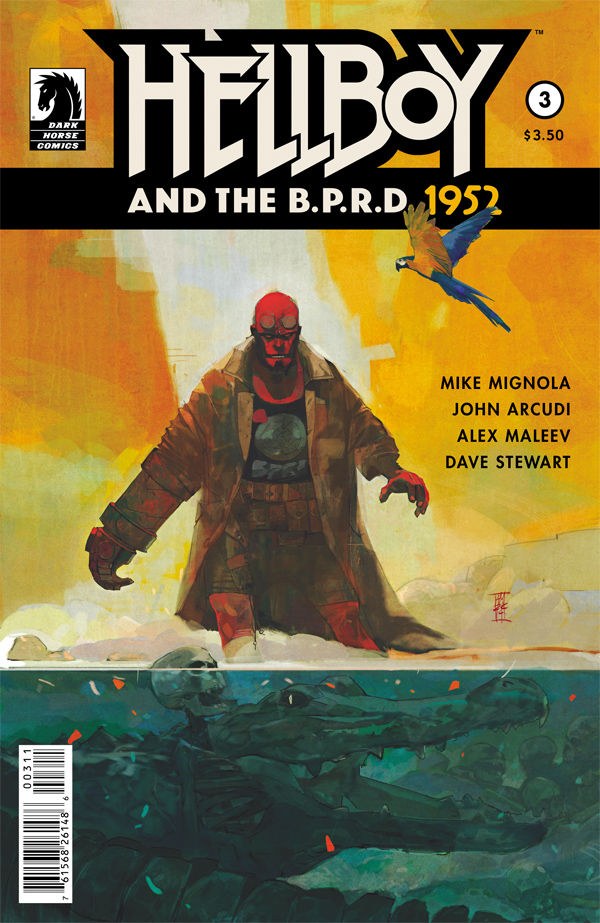 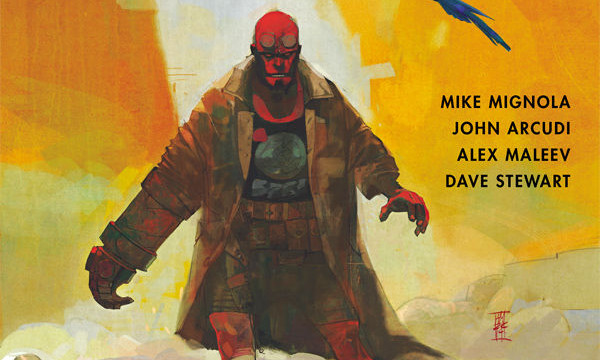 Hellboy has been betrayed and dark things lurk in this village as Mignola, Arcudi and Maleev continue to flesh out Hellboy’s first mission with the iconic investigators of the paranormal.

Mignola and Arcudi are crafting a classic Hellboy story with this one, with all the great elements fans have grown to love. We’ve got some serious occult badness going down, creepiness everywhere, tough as nails one liners from the man himself, and even a bunch of violent monkeys. When Mignola is involved in Hellboy stories there is a certain amount of magic that is present, and it is here in this issue. While the pacing of this story is odd (more to come about that), it is entertaining and hits that niche that Hellboy has built for itself so well. There is no other book that I can think of that hits the right balance of weirdness, super hero antics and straight up horror like Hellboy and Mignola and Arcudi know how to play those notes.

While all the right elements are there, it isn’t a perfect issue. The pacing is a huge problem as it is obviously the middle chapter of a story and not a lot happens. This issue, like the first issue, ends so abruptly it is confusing and makes this story feel like it was written as a graphic novel and then chopped up into chapters without much rhyme or reason. This issue will read just fine as part of the larger narrative, but in and of itself there isn’t much that happens here and very little that is surprising. I enjoyed it, don’t get me wrong, but this particular chapter of the story isn’t mind blowing.

Alex Maleev’s artwork is strong as ever and while not a lot happens in this issue it is easy on the eyes. He doesn’t get many opportunities to cut loose with this chapter of the story, but his work is solid and he achieves the signature “Hellboy feel” that everyone expects from this comic. He and Stewart are a strong art battery they capture the look and feel of early Hellboy stories well. The visual tone they set makes this story feel like a prequel and if Alex Maleev decided to just settle in place and work on Hellboy forever you wouldn’t hear a complaint from me. Stewart’s colour work leads to some of the most visually intriguing artwork in the issue and his strengths are tailor made for the Mignolaverse.

For the most part, Hellboy And The B.P.R.D. #3 is a well crafted issue by talented creators. It has a major problem with pacing, but on the whole I was entertained. The pieces are in place for an explosive finish and I am excited to see how Hellboy’s first mission wraps up.