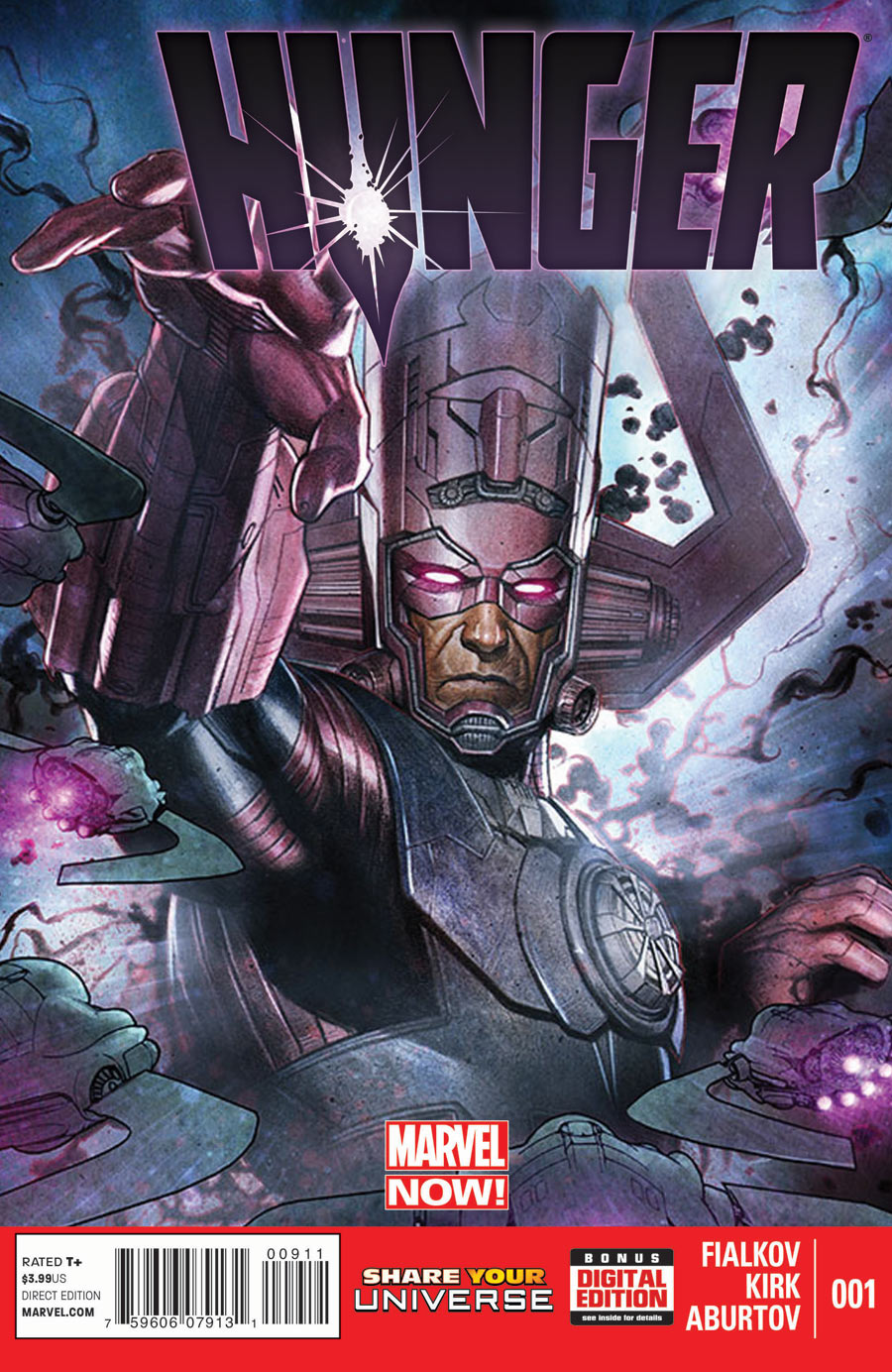 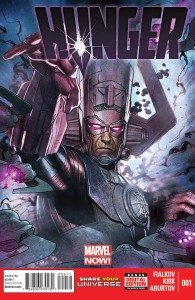 The fallout of the events of Age of Ultron are coming the Ultimate Universe in Fialkov & Kirk’s Hunger #1.

Mild spoiler here, but if you’ve seen the cover you know what this comic is about: Galactus is coming to the Ultimate Universe. Fialkov is bringing the planet eater to an alternate universe ripe for the picking, and he does a great job of building tension from the beginning of this issue. Long before the reveal readers are waiting for, Rick Jones is prodded by the Watcher that something immense is coming. The frantic voice of The Watcher brings a sense of this being an epic event that is about to occur and the buildup in the issue is befitting the arrival of a force such as Galactus. Fialkov uses Rick Jones as a humorous foil for what is coming, giving the first half of the comic a light-hearted aspect that kept the pace moving nicely. During my first read I was beginning to question the upbeat nature of Jones in this issue, but the dichotomy between Jones’ naivete and the situation being created by Galactus’ arrival makes this a very strong story. Fialkov’s script leaves this miniseries wide open for any direction he’d like to go, and based on his pacing and tone of this first issue, I am happy to follow wherever the World Eater leads.

Leonard Kirk’s art is dynamic and epic when it needs to be, bringing a huge cosmic scale to the pages of Hunger. Splashes are used very well throughout the issue and Kirk balances them well with panels that tell a lot of story. This isn’t just a flipbook of grand cosmic splashes, it is a great balance of story and epic visuals. Throughout the issue Kirk nails the huge scope of what this series is looking at, and the final pages of the absolutely awesome. Any story with Galactus is playing on the big scale, and Kirk has definitely stepped up to the plate. The excellent colours by Jesus Aburtov keep the comic looking dynamic and explosive, especially in the final pages.

This series is primed to change the Ultimate Universe and Fialkov & Kirk do a great job of bringing an epic tone to the first issue of this mini. The final page is one that will have people talking, without a doubt, and has me hungry for more.