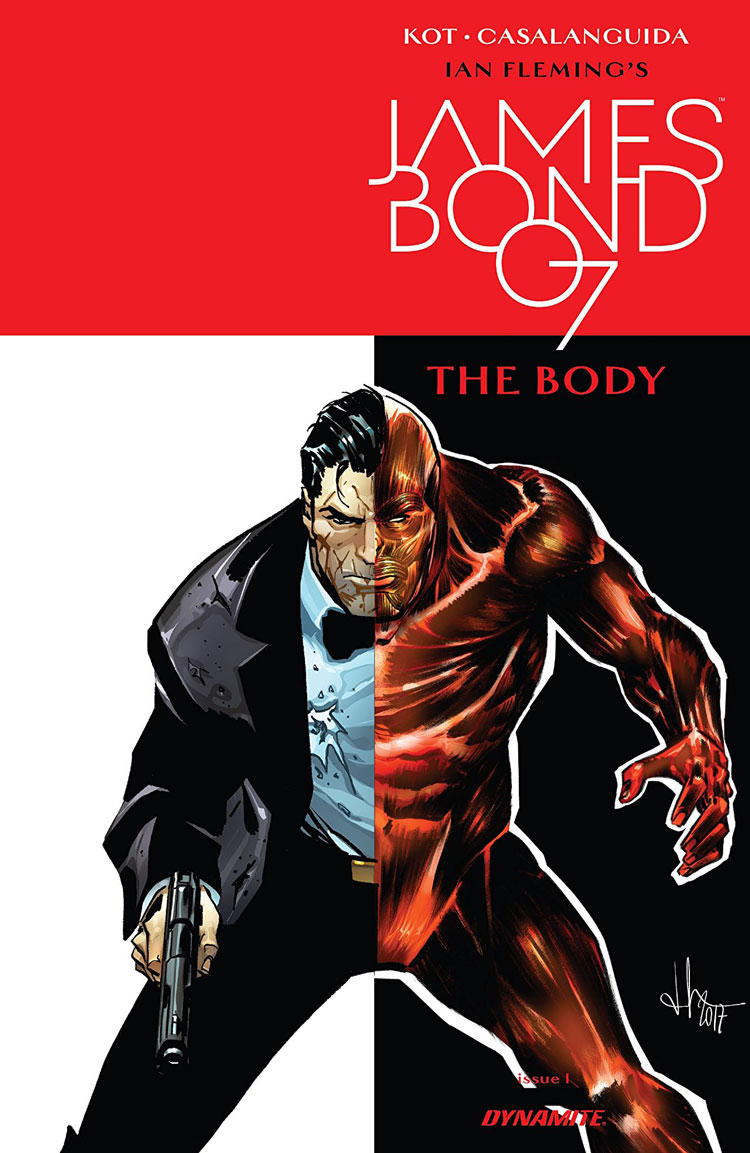 Bond is back! In the kickoff of this new mini-series, Bond is tasked to foil an assassination attempt at a black tie event, but this time James is serving the vodka martinis instead of ordering them.

The framing device of this issue is Bond getting patched up after the mission, telling the doctor about the events of the day. Bond acknowledges the doctor may not have clearance to hear the story, but continues on regardless (this is not your father’s laconic Bond). The narrative captions begin to vary from the artwork, the former being the glossed story Bond is telling the doctor, the latter being the real events. An interesting device that I’ll confess I missed in the first read.

Casalanguida’s art has a rough and dirty look that fits well with Bond’s world. This is his third mini-series in the Bond line (preceded by Hammerhead and Kill Chain) and as such is starting to feel like the driving aesthetic. Paired with Pinto’s colors, it is an effective partnership and sells the grit of 007’s missions.

Napolitano makes some interesting choices with the lettering. As all the text boxes are part of an on-going dialogue from the framing structure, all boxes include quotation marks. He also chose to use both upper and lower case, as well as to center the text in the boxes. It constantly reminds that it is conversation and not narration, but it may be distracting for lettering purists.

There’s a strange bit of dialogue I got stuck on. Bond says that it hurts to laugh and the doctor wryly tells him not to watch Monty Python this week. It derailed the moment, to be honest. I couldn’t figure out if the comic took place in the 1970s all the sudden, or if Monty Python was the only reference the creators/editors felt American readers would immediately recognize as ‘a thing that makes British people laugh.’

This is an interesting start to what seems another strong chapter in Dynamite’s Bond line. Having recently become a fan of the novels, and being a long-time fan of the films, I greatly enjoy these new adventures.