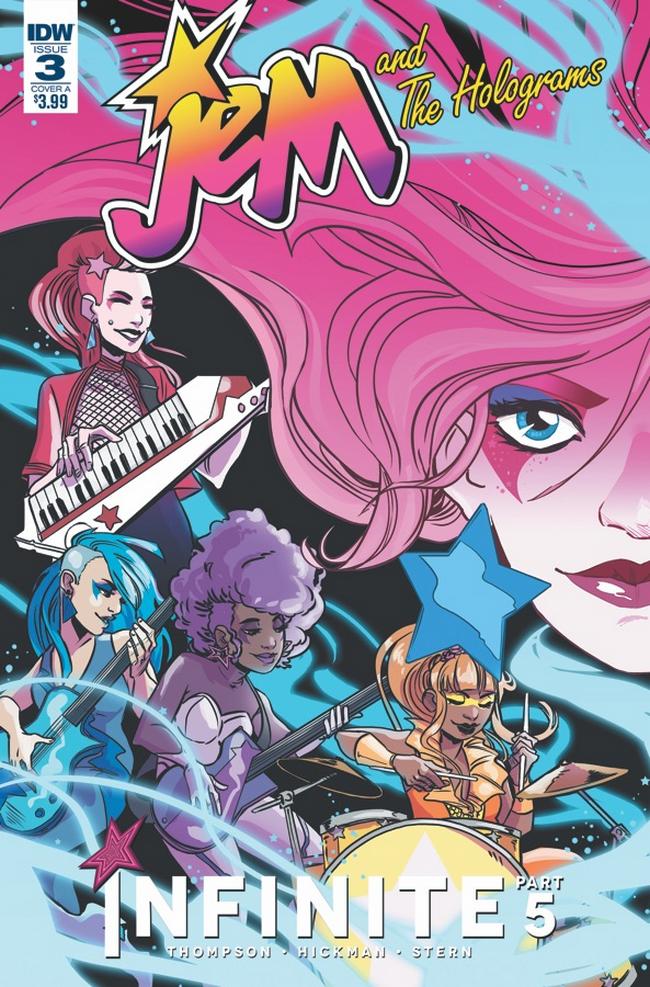 In Part 5 of “Infinite”, the Misfits meet back up with the Holograms to strategize, bringing alt-Kimber and alt-Stormer with them. There’s a lovely, tearful reunion between alt-Emmett and alt-Kimber here that warmed my heart. (Also, the recap actually calls it “Jemworld”! I feel so vindicated.) Pizzazz actually makes an effort to work with Jerrica on their plan…which, being Pizzazz, isn’t the highest standard of effort, but it’s the best she can do.

The plan is more or less the mother of all bad ideas. I’d be posting about fifty various “DO NOT WANT” images in a row, but I think that’s frowned upon here. In any case, remember Silica, the corrupted version of Synergy from the first Jem series? Yeah, they want to use the Silica glitch to hack into Jemworld’s Synergy and retake control of her.

Nothing could possibli go wrong.

We finally see the shadowy figure behind Eric’s takeover of Jemcorp, and wow did I not see that coming. Eric, in turn, definitely did not see Jerrica’s plan coming, and it’s executed without a hitch (so far) in a great reveal which I hope implies what will happen once the Holograms and Misfits will do when they return to their world.

I can’t praise this book enough. The intrigue and suspense are exhilarating. Hickman, Stern and Lee bring Thompson’s amazing story to life on every panel. The art is a rich tapestry of synthetic glamour, over-the-top and exaggerated as is everything behind the walls of Jemcorp. On Jemworld, Eric Raymond is the Wizard of Oz, all artifice and no magic. I’m eagerly awaiting the eventual “man behind the curtain” exposure and anxious to see how it will affect the denizens of Jemworld in the aftermath.