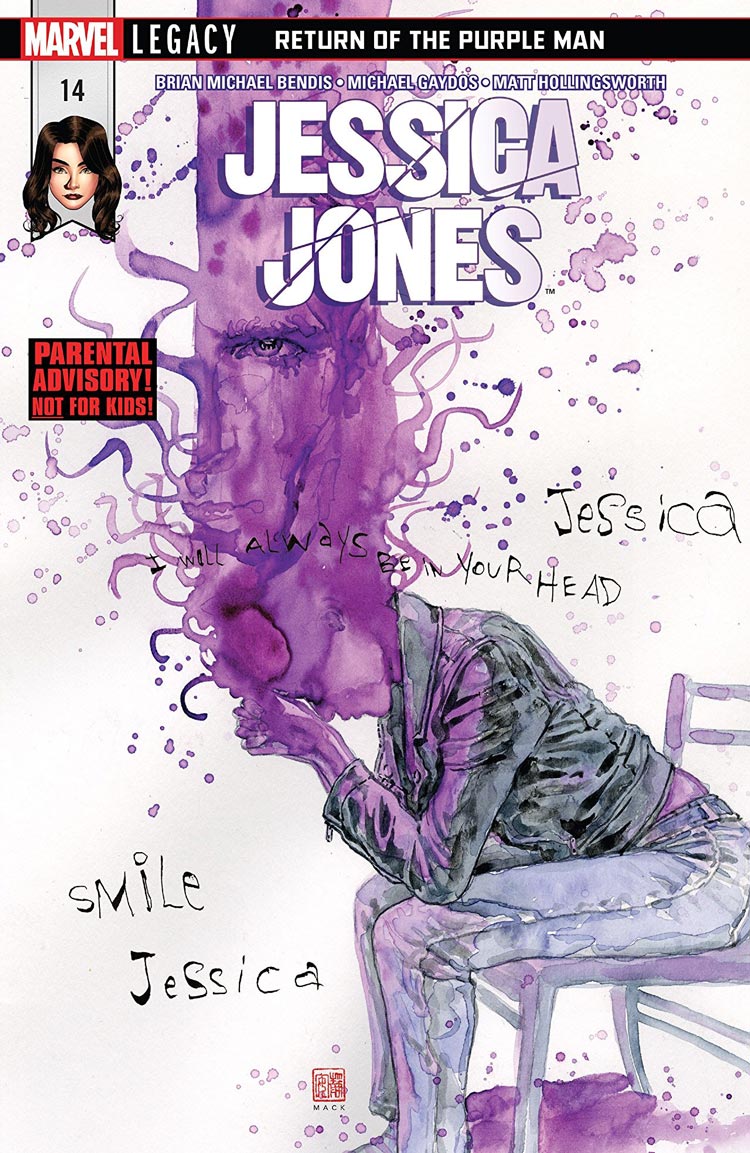 Brian Michael Bendis chills my blood from word one of this issue. As a longtime fan of Alias, the Pulse and the Jessica Jones Netflix adaptation, I am well aware of what Killgrave is capable of and how tremendously messed up it is that he’s in Danielle Cage’s head now. Without that context, I’m not sure it would have quite that same heart-dropping oomph, but even a new Jessica Jones reader would be unnerved by this situation.

The art team of Michael Gaydos, Matt Hollingsworth and Clayton Cowles bring their trademark realism to a world which includes having your best friend babysit your daughter in a giant satellite out in space. It’s not a style that meshes well with the spandex-and-interstellar-war characters in that scene, but this book was never supposed to be superhero-y.

When Gaydos et al. are showcasing ordinary activities like getting ice cream or waiting around in a bakery, they do their best work, and throughout the issue those ordinary scenes are infused with an air of dread and wrongness as we wait for Killgrave to take the stage.

I adore Jessica as a character because she’s a person who is an absolute garbage fire. She’s the part of us that knows they mess up all the time, they can’t hack it, they make questionable life choices, and then they power through it and make a decent life for themselves anyway.

She’s the part of adulthood which keeps wondering when we’re ever going to get the manual all the “real” grownups seem to have, yet somehow manages to make it through each day, one at a time, and have something which resembles happiness.

Above all, you do not mess with Jessica Jones’ loved ones. Someone’s about to get really, really messed with. I can’t wait to see it happen.