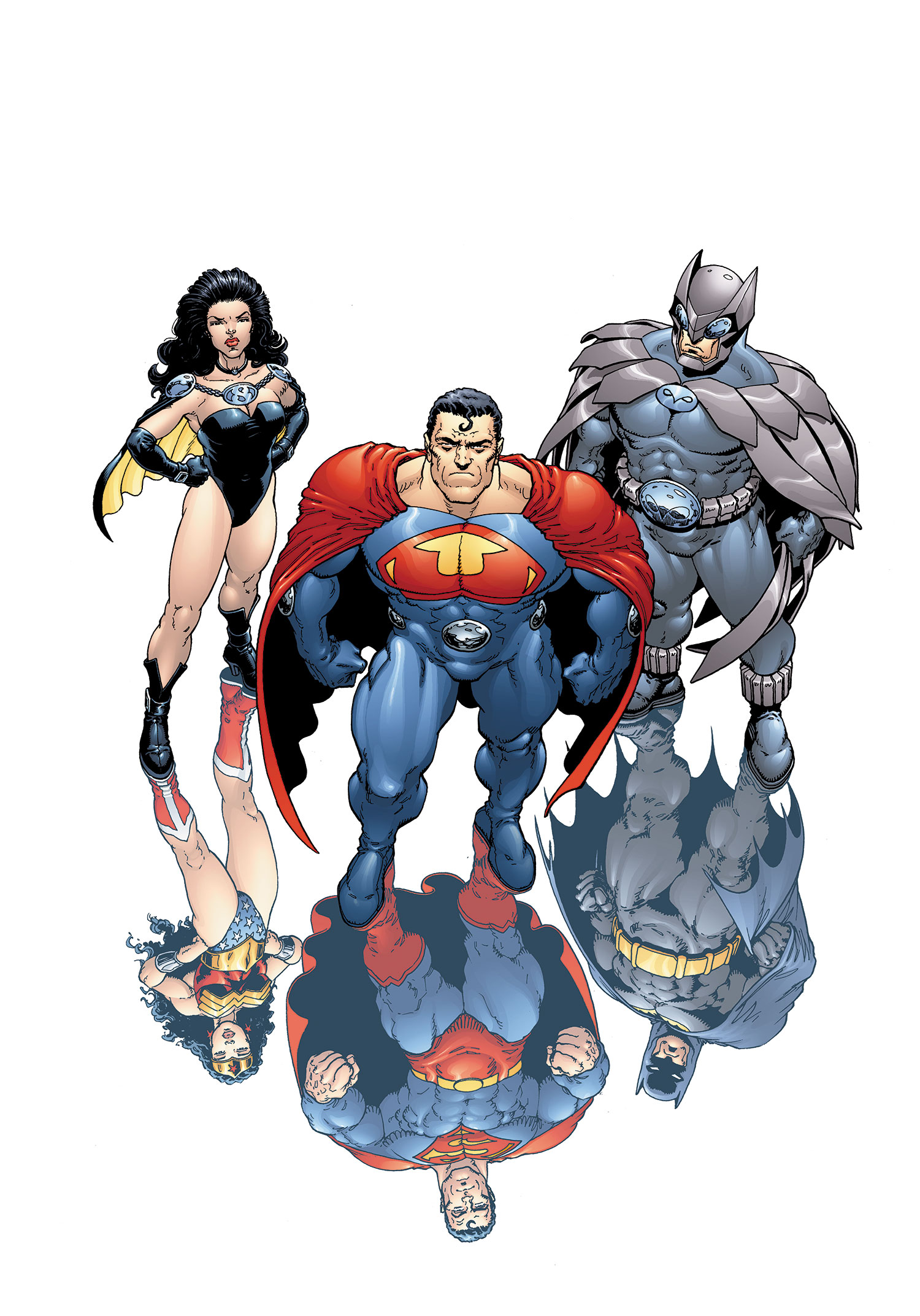 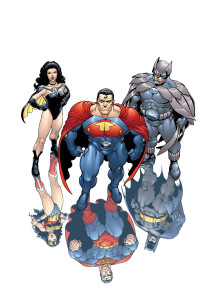 Not tired of villains yet? Good! From the creators behind Flex Mentallo, We3, All-Star Superman and New X-Men comes a take on one of the Justice League’s earliest villains — the Crime Syndicate of Amerika — that treats them like the true mirror universe versions they were always meant to be. As a heroic Lex Luthor escapes to our world to enlist the JLA for help and sets a chain of events in motion, the dark lords of the planet earth— Ultraman, Owlman, Superwoman, Johnny Quick and Power Ring — conspire to regain control of their world. Little do they know another shadowy figure has something completely different in mind. Welcome to Earth 2, villains. Hope you brought your A-game.

This deluxe hardcover reprints a story originally presented in similar graphic novel fashion back in 2000, a special coda to Grant Morrison’s critically-acclaimed run on JLA featuring the much-heralded return of the Big 7 Justice League. Many readers forget that it had been well over 15 years since Superman, Batman and Wonder Woman had shared the pages of a Justice League book when Morrison came around, and in that respect, it’s easy to forget just how special these tales were. Earth 2, in particular as a self-contained story unbeholden to monthly continuity, is to some degree the pinnacle of what we can get out of a JLA story: powerful villains, heroes doing the right thing for the good of all, teamwork and camaraderie, and above all, big widescreen action. Superman has never been so strongly moral as he is here and in his end days of All-Star Superman. Wonder Woman, never so staunchly uncompromising in the face of injustice. And to Morrison’s credit, he invests just as much in their counterparts, delivering an Ultraman who is wholly without morals, a Superwoman who terrorizes and taunts for personal satisfaction, and an Owlman… well, who’s not that different from Batman frankly. Both characters glide into Morrison’s set-up as intellectual gods (as the writer was wont to write the Dark Knight years before digging into him more fully as a solo character), effortlessly playing the chess game laid out in front of them, never making a superfluous move. It’s curious to the degree even that Owlman stops fighting when he can calculate their own loss. 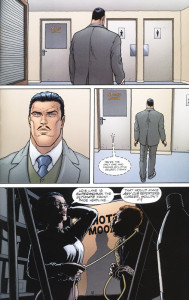 As characters who first appeared from an alternate world in the early 1960s, the Crime Syndicate had never quite been fleshed out to the degree Morrison delivers here. The world they came from was always described as evil to its core from the very beginning, with Abraham Lincoln shooting President John Wilkes Booth and the like, but the characters themselves didn’t have nearly the developed personalities of their Justice League mirror counterparts. Here, Morrison corrects that oversight to great interest. Superwoman is in fact living by day as Lois Lane, sexually taunting Jimmy Olsen and dating Lt. Clark Kent (Ultraman) while sleeping with Owlman on the side. Owlman, in a most curious turn of events, is Thomas Wayne Jr., son of the surviving Police Commissioner Thomas Wayne and brother to the deceased Bruce. Johnny Quick is a junkie who needs to mainline speed force like heroin. And they are perfectly constructed for a world that accepts them, even as it would ultimately reject the Justice League. For good only triumphs over evil where good prospers. In a mirror world, the opposite is true, and that factor takes what could have just been a fun Silver Age update, and made it into a piece of work that stands for a new post-modern understanding of what makes heroism and villainy tick in comics today. 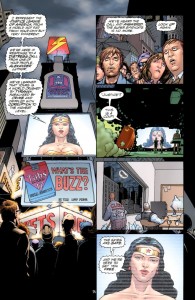 As always, Frank Quitely presents a masterpiece of comic delight, striking that same balance between Silver Age hokeyness and sharp realism in detail and weight. His Superman (and likewise Ultraman) are strong, musclemen of the type one would expect flying right out of a 1950s muscle mag, but unfortunately, so is his Wonder Woman. A little too bulky for the Amazon Princess’s normal look, his Diana comes off as somewhat barbarian rather than strong and statuesque, although there is a clearly delightful echo of a Real Housewife of New Jersey (long before that cultural phenomenon reared its head) in her counterpart of Superwoman. The action is powerfully rendered and every spread is a master class in detail, placing figures against a scale that makes their opposition seem insurmountable without rendering them as infantilized by it. And the extra material presented in this deluxe hardcover, including Quitely’s layouts and Morrison’s original sketches and portions of his script, make for a beautiful package for any Justice League fan.

In the end, the only real shame of this single story is that there is so little direct contact between pairings, as the League and the Syndicate literally swap earths with each other over a twenty-four hour period. Meant to read more as a man versus the world tale than one of man versus man, JLA: Earth 2 is one of the Justice League’s greatest challenges put to paper, but not for its physicality. What does it mean — intellectually — for the concept of justice to know there’s a world out there upon which, no matter what, good will never win out? This is modern storytelling at some of its finest.