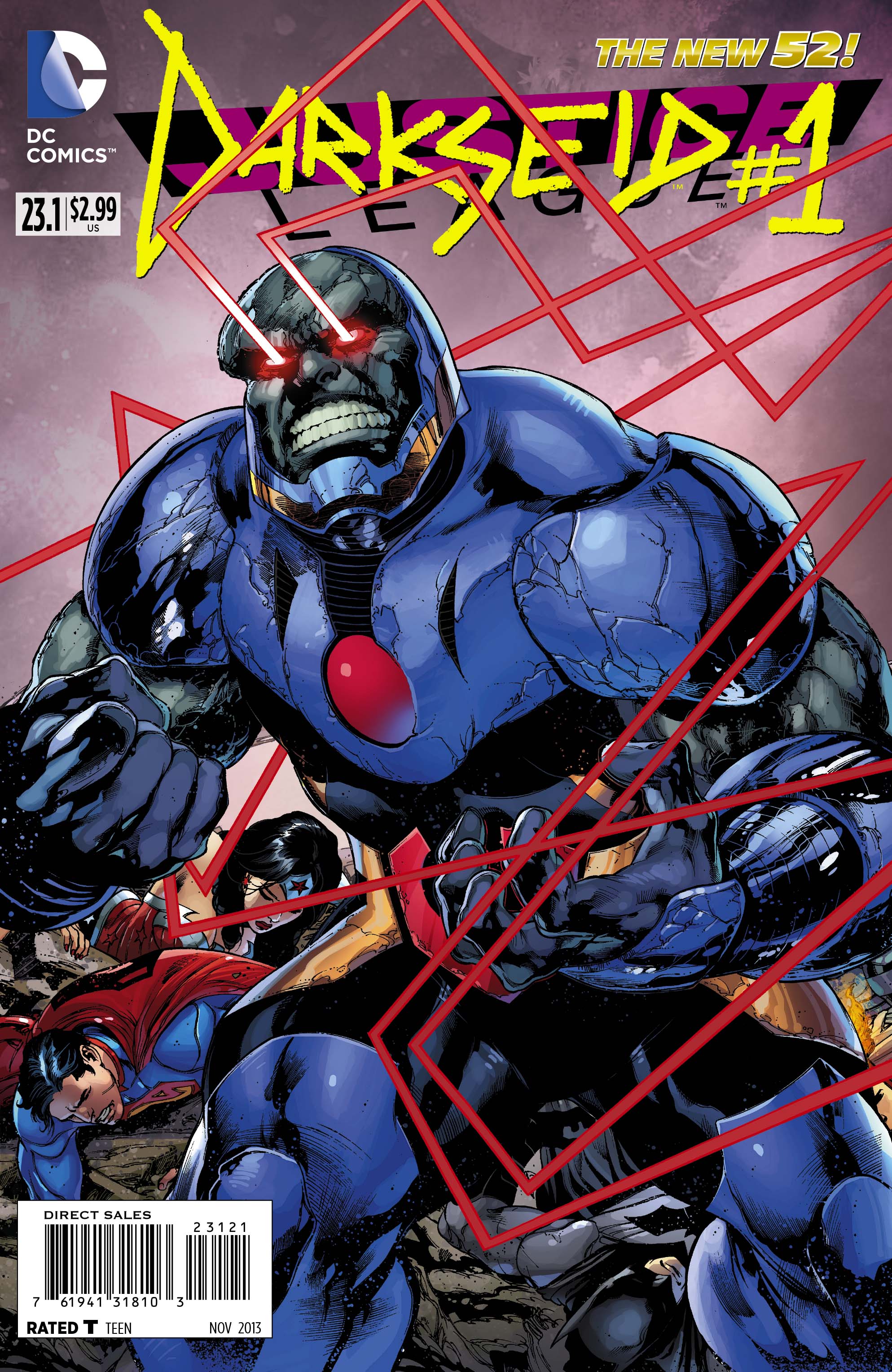 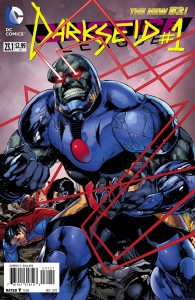 Origins for villains are tough. You want to explain just why someone can possibly turn so evil, but it’s nearly impossible to do that without eliciting some amount of compassion, pity or righteous anger for the innocence the main character left behind. Maybe the villain even has an ongoing motivation you as a reader can relate to. So, what does that mean for establishing genuine EVIL in a creative universe? Explaining how the villain came to be takes a hell of a lot of the sting out of that, and for the DC Universe, one of the true evils we should be able to rely on is Darkseid. So, how do you tell his origin and still retain what makes him the monolith of death?

Greg Pak clearly knew the challenge going in, because he crafted a pre-Darkseid in the farmer Uxas who is so thoroughly unlikable already that his ultimate evolution is not intellectual or emotional, but strictly physical. Uxas, the always-already devastator just waiting to have his chance at ruling, stands as noble in his field as he does in front of an army of parademons, and Pak’s decision to place him at the center of, rather generations out from, the war of the Old Gods frankly elevates him to a degree that we’ve not seen in some time. Because, ultimately, Darkseid shouldn’t be approachable, or understandable, or sitting on a chair in your living room. He’s mythology come to (anti-)life, and that there’s only one being that could possibly oppose him — and I’ll leave that EXTREMELY spoilery bit out here — is exactly the kind of drama our New Gods need.

But you can’t tell that story without a point of view character, so Pak does the other brilliant thing to get Darkseid’s origin across: he mirrors it with that of Kaiyo, the Trickster from Batman/Superman. Repeating histories, connections being made across no less than five ongoing titles, and possible revelations about the nature of our greatest super-hero ever fill out a brilliantly fast-paced twenty pages in a way I could not have expected upon opening the cool, although not as dramatic as most, lenticular 3D cover. And that last page? OH MAN.

Siquera does a fantastic job throughout of illustrating the scale of the Old Gods conflict, and making even rehashed (connect-the-dot) scenes from previous comics seem fresh and dynamic. The sense of energy he gives all the characters would do Kirby proud, as Darkseid and Highfather both radiate their power as befits a god, old or new. I’m also exceptionally fond of one particular panel illustrating an as-yet untold story from Earth 2 that makes me giddy with possibility. Apes really do make comics better.

If you are reading Justice League, Wonder Woman, Earth 2, Worlds’ Finest or Batman/Superman, you cannot afford to pass this issue up. As a lynchpin tale for what has come before (and what is still on the horizon), Darkseid #1 is critical reading. And as a villain’s origin that doesn’t destroy what makes our bad guys just so bad, it also can’t be beat. Pour over this one awhile and give Darkseid his due. He demands no less of humanity.