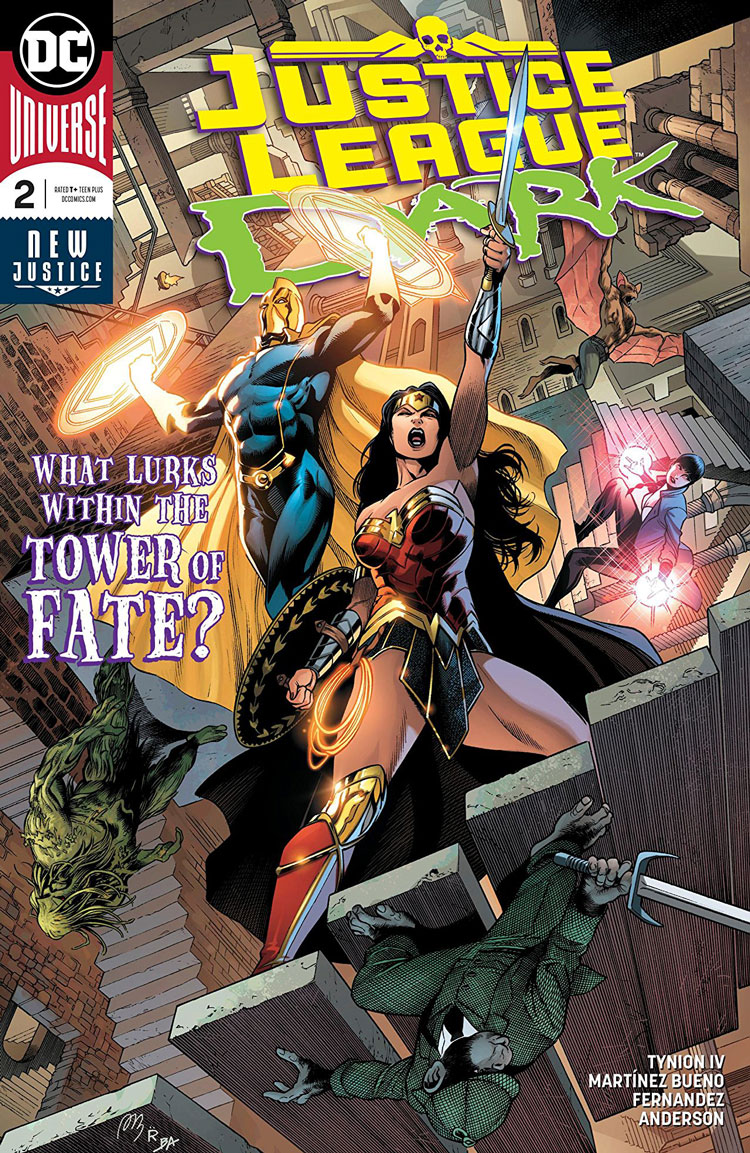 Our crew of magic and magic-adjacent superheroes are still trying to figure out a conundrum that affects them all directly and tangentially. As they have a heart to heart with “Doctor Fate,” those among them begin to question what the actual problem is, only to find out that what they’re addressing is a much bigger puzzle than they accounted for.

To say that this issue was beautifully executed would be an understatement. Working from the previous installment, we get to dive deeper into exactly what has gone wrong with the world of magic in the DC Universe. My initial reservations about the story rehashing older tales was surely proven to be wrong, as there are turns within this issue that challenge not just continuity but preconceptions.

Any time I read James Tynion IV, I am astounded by his ability to use an ensemble of characters and for Justice League Dark this is demonstrated within a relatively small span of space and time. In addition, Tynion knows how to use lore to a story’s advantage. So, these factors considered, Tynion orchestrated a new foray into DC magic and bridged the current story to important events and canon, such as the inclusion of Khalid with regards to Dr. Fate.

One of my favorite moments of this issue is the parallel between Khalid’s appearance and Diana’s revelation. These kinds of plot elements are jarring and effective, and they also demonstrate that the characters we read can figure things out as we do. Tynion’s use of this narrative tactic assuredly makes Justice League Dark a must-read comic.

I love how Alvaro Martinez Bueno has structured this issue. From the very first pages, there is a movement that intensifies every action. Panel arrangement works with the plot development to highlight the shifting nature of events, and Martinez Bueno lowkey clues us in to the fact that what we may be expecting is not what’s going to happen.

Raul Fernandez’s inks are deep. For much of the issue, we need to be drawn into the story, to feel what the characters are experiencing, and Fernandez helps with that. When images appear more dense, something serious is happening, while lighter images are a precursor to major events or separate us enough from the past and present. Fernandez enhances the circumstances surrounding the characters through deliberate use of skill.

There seems to be something fresh and distinct about Brad Anderson’s colors. For this type of comic, there are a lot of choices someone could make to express something critical or to emphasize the arcane. Yet, Anderson renders this world in a sense of realism, which ironically highlights the reality-bent events throughout the issue. Some moments have a brilliance that emphasizes whatever is happening, while others are made as though any of us could encounter these moments. Magic can be shown in so many ways, and Anderson chose some that create an interesting dynamic.

All around, Justice League Dark is finding its voice. This issue is superbly cohesive on every level, and that helps to convey important symbols, messages, and elements within the plot. From vital surprises to important connections to continuity, this series is delivering. I’m hopeful for what will come next, even if the story is, well… Dark.