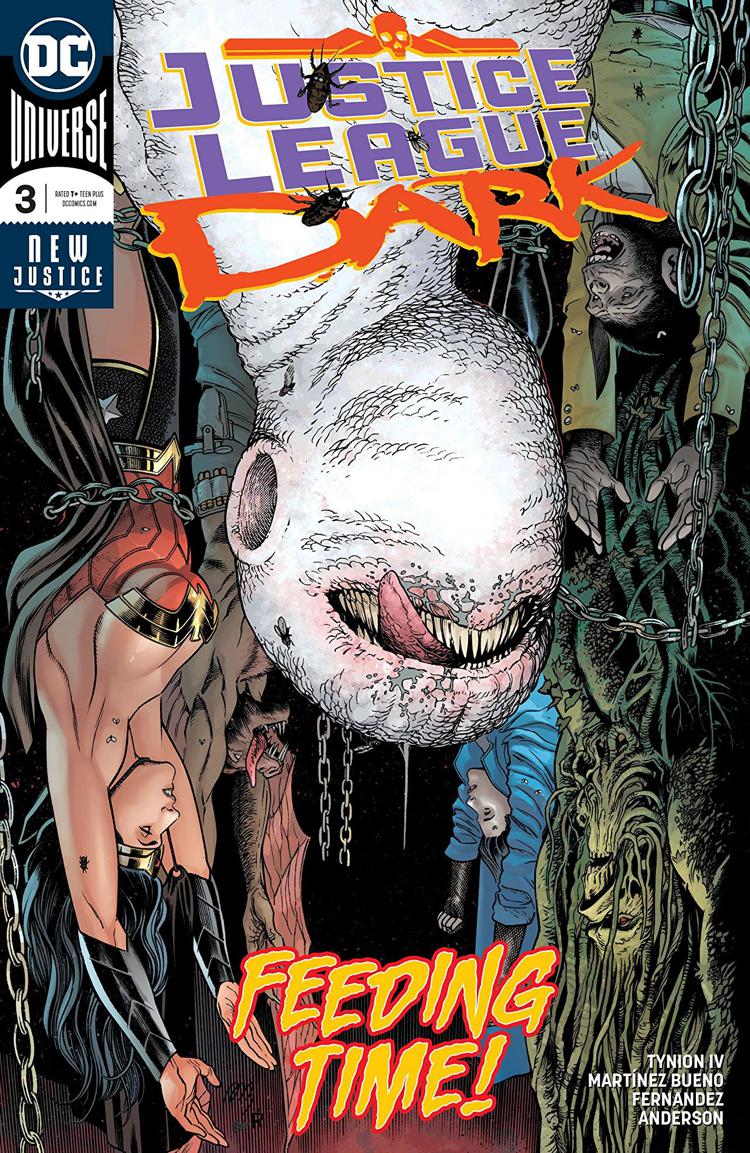 After the revelation of Nabu, this mystical crew faces an even more sinister threat. Upside Down man leaves the team at the mercy of his immense power, and they all struggle to figure out how to stop him. Yet, once he notices something new about Diana, she’s able to turn the tables with Zatanna’s guidance, leaving a different kind of mystery to unfold.

I can’t say enough how much I love the exploration of Diana’s magic, and Tynion throws in some great surprises in this issue. Every page is tense, wrought with danger and chaos. The opening pages are a great foreshadowing for the rest of the plot, as well as an excellent explanation of how magic works within the DC Universe. Tynion draws back to these ideas throughout the issue, sometimes subtly through dialogue then explicitly in the climax of the story. This comic is a wonderful exploration of an often untapped part of DC mythos, and the inclusion of Zatanna as the common avatar helps show why it’s a vital part of this continuity.

Alvaro Martinez Bueno pulls out some amazing tricks for the conclusion of the first arc of Justice League Dark. Initially, the pencils seemed a bit discordant with the story, but by the final page it all gels. There are a lot of awesome moments in this issue that Martinez Bueno captures in spectacular fashion. The degradation, magic, and hectic events are all depicted with sometimes frightening detail, drawing upon the power of horror and its visual representations.

This feels like a specific issue where inks are important, and Raul Fernandez delivers. Fernandez sets the tone in vital scenes, especially as Upside-Down Man goes ham on the Leaguers. The density and darkness in this issue convey the dire situation the characters have been thrust into, using ample shadows to emphasize every action.

Brad Anderson creates a dank environment that seems unavoidable, especially as characters are felled by Upside-Down Man. You can feel the sense of disaster and unease. When colors are brilliant, they are a signal of something important for the reader to ascertain. Anderson uses a deliberate method of coloring to draw us into the emotional environment of the comic, but also to highlight moments that are vital to the story.

I like magic. I like Diana and Zatanna. To see how Justice League Dark #3 unfolds is a spectacle. I was already sold from the first issue, but now I’m invested. The developments from this story should hopefully have a lasting impact on the DCU, and it’s great to see classic characters, but also a new understanding of who they are. Moving forward, I think this series can be monumental for cementing a major aspect of DC Comics and helping us understand why it’s important. I’m excited for what comes next and everything that we will get to see unfold.