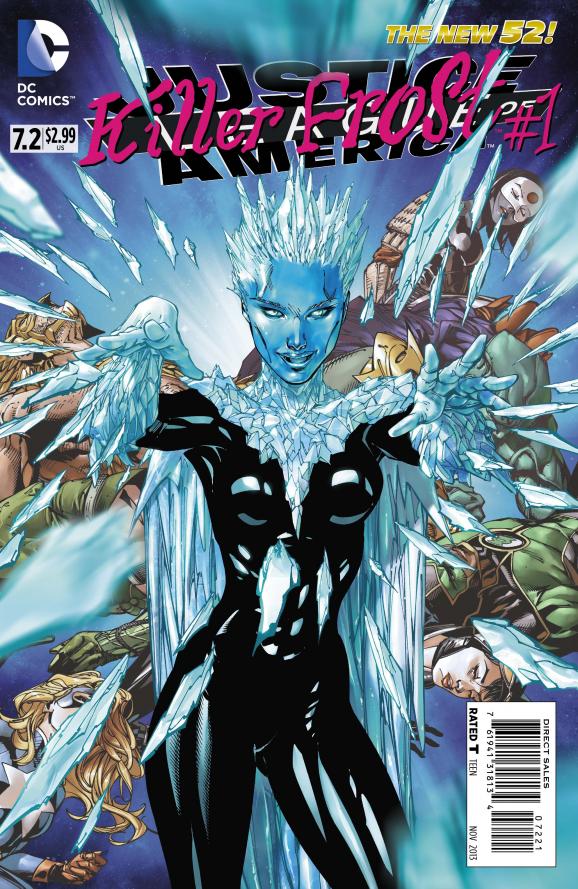 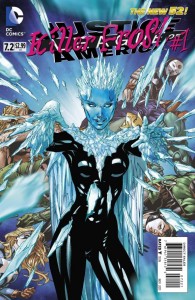 How does an optimistic, brilliant young woman become a stone-cold murderer? Witness the transformation of Caitlin Snow into the deadly menace known as Killer Frost as betrayal and curiosity lead her into a life she never wanted. And now that the Justice League is dead, what’s her next step on the path of villainy? It’s not exactly what you’d think.

Sterling Gates once again proves that he has a talent for scripting intelligent female characters who surely may be a bit too trusting, but can unleash a hidden ferocity when put to the test. In that sense, Killer Frost is almost like a broken mirror to Gates’ successful iteration of Supergirl — a young woman with little to no support pulling herself up by her bootstraps and setting off on a mission. Caitlin is driven, not by revenge or libido, but by scientific acumen and personal determination, and to such a degree it almost pains me she’s not a hero. While we have had some variety of female led books over the course of the last two years, Killer Frost definitely stands out as a character type we haven’t seen, a blend of science fact and science fiction all condensed into the form of a not overly sexualized villainess. It would have been so easy for Gates and company to deliver a new version of Firestorm’s big baddy that could seduce her way to power, but what we’re left with instead is a character who is deeply conflicted, a woman buried in circumstance she can’t work out of on her own. Add to this fantastically natural dialogue and a thoughtfully interesting opening sequence, and you have some of the most enjoyable reading of Villains Month as yet.

Santacruz’s depiction of Killer Frost as a pretty, but powerful, foe works hand in hand with Gates’ dialogue to keep Caitlin from becoming one-dimensional or objectified. His handling of the arctic surroundings that birthed the lead is well done, (again) giving that first introductory scene some real drama. My favorite parts by far, however, are the most classic super-hero versus super-villain spreads, with one of the best illustrations of Firestorm I’ve seen in a long time. Caitin’s projectiles, the way her iced cape fans out or sways, and how the ice around seems to just creep up walls without a thought — all combine to make a character fully integrated into her surroundings and into the structure of the book itself.

A fun, classic super-villain origin without the nasty old tropes that come along with being a woman on the job, Killer Frost is a highly enjoyable read and a real indication that we need to see more villainesses of different types in the DC Universe. Kudos to Sterling Gates for reintroducing us to someone I hope we get to see a lot more of in the coming months. If the ending to this story (and some amount of advance solicitation for Forever Evil) is any indication, I’ll hopefully be getting my wish.