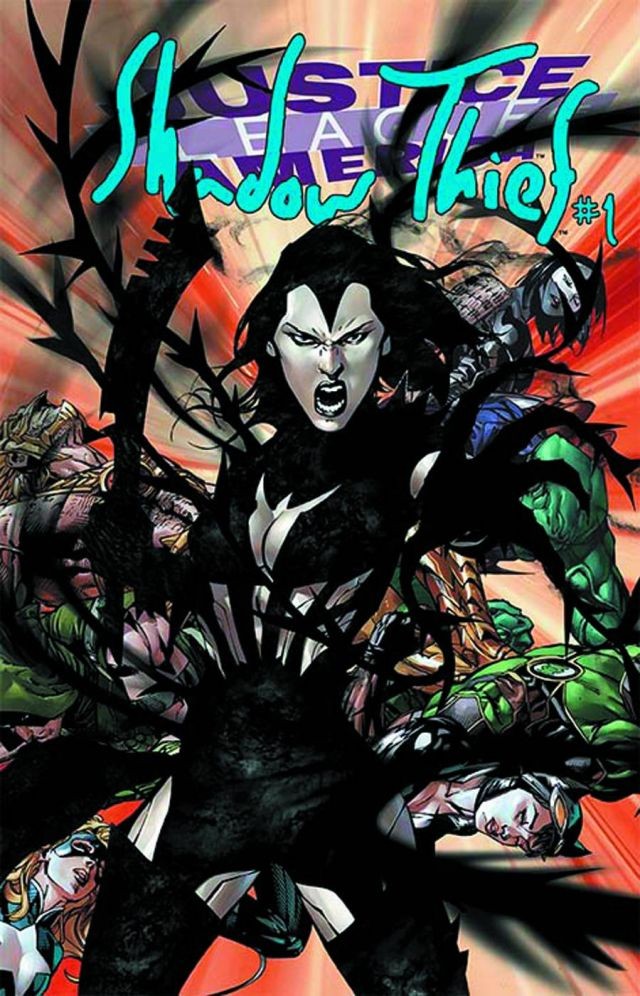 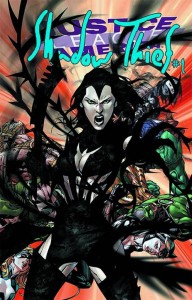 Aviva Metula has a mission: rid Earth of all extraterrestrial threats. In the process of serving as an agent of A.R.G.U.S., she becomes bonded to a shadow skin that gives her a means to protect the world that she didn’t have when she left the service of her country Israel or lost her family to an alien virus. Now she is the Shadow Thief, and any means necessary will have to do.

DeFalco presents a pleasantly concise, but well-constructed vision of Aviva’s history, motivations, and relationships in just a single issue, yet again succeeding where Killer Frost did last week to entice me with a new female anti-villain of sorts. It’s hard to describe the Shadow Thief as a villain, per se, given her overriding desire to protect the people of Israel, then the world, from outside threats. Her origin in the Mossad is creative and unique among characters in DC’s universe, and adds yet another bit of diversity to the stable. More than anything though, I really like Aviva’s mission being grounded in a sense of good, but that she enjoys what she does, even if it makes her a bad person. DeFalco hasn’t developed a tired, wizened secret agent who takes on duty like Atlas did the world. The Shadow Thief is bold, unafraid, and revels in her abilities, whether she understands them or not.

Hardin does a great job of delivering the full range of Aviva’s emotions through some very beautiful facial expressions and eye illustration — of particular import, given the subject’s shadow-like appearance elsewhere. Uses of her power seem to mimic the Shade’s for the most part, that is, electric in its movements, but also simultaneously accessible as a soft-edged retreat. The appearance of the shadow creatures is mildly confusing as they seem to be related to the suit itself, but don’t mirror its appearance closely enough to make that leap without attached dialogue. Nevertheless, Hardin paces the issue so well for its content and balances action and introspection the way any artist delivering a spy story absolutely must.

More than anything else, with Shadow Thief I’m pleased to see another female spy launched on the scene. It’s a character-type or role that will always draw me to pick up a title. Where Aviva, of course, differs from an Agent Chase or Tara Chace is in her lack of regret, and perhaps there lies the need to push her over onto one side of the classic hero-villain scenario. As the Shadow Thief traditionally opposes Hawkman, no stranger to an “any means necessary” behavioral pattern himself, I do wonder though. Could we see this lead character develop into more than a twirly-moustache of doom going forward? If so, DeFalco has certainly given us the bones to make it happen with creative ease.