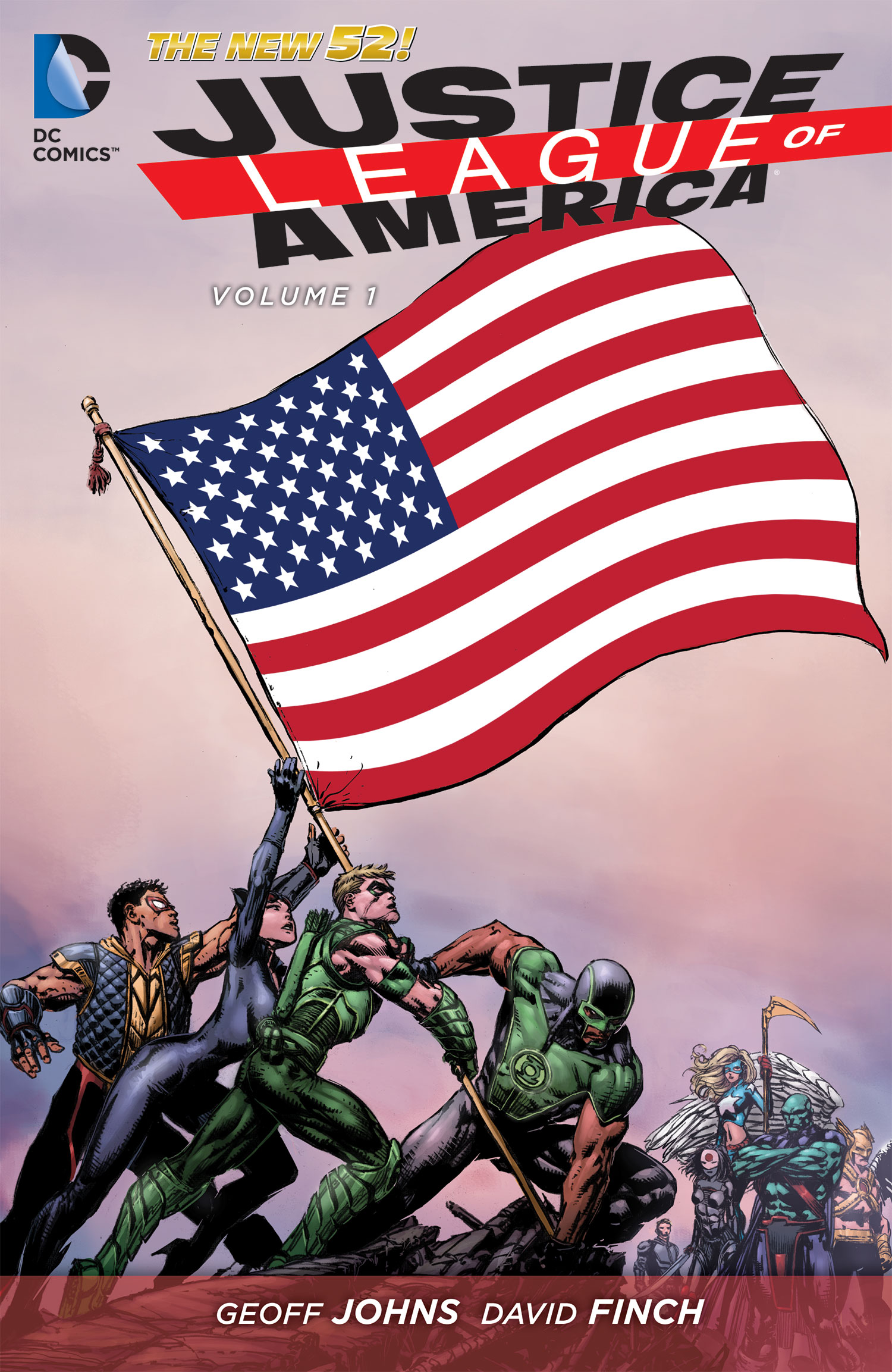 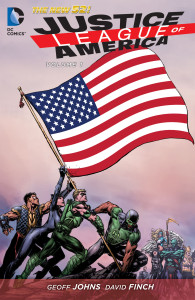 A.R.G.U.S. takes the bull by the horns and builds their own Justice League to prepare for the potential threat of the Justice League.

The machinations and questions of how honorable the intensions of A.R.G.U.S. are is at the forefront of this volume of Justice League of America, a graphic novel that takes readers from the inception of the team all the way into the middle of Trinity War, the precursor to Forever Evil, which is in stores now. Geoff Johns weaves a strong tale of how this team is built, and he chooses his cast brilliantly. The characters are rough around the edges to begin with, a team that is manufactured and has no chemistry, but are interesting, nonetheless. Reading this crew come together is entertaining, especially with strong dialogue and an intriguing plot from Johns, and the collection flows into Trinity War very well. This is the best we have seen Hawkman, Martian Manhunter, and some would argue Catwoman (though she needs to zip up) in the New 52 and Johns does an excellent job of building this into a solid title that holds it’s own against Justice League as one of the best team books in the DCU. The collection does take a sidestep as the Trinity War issues come into play as only the JLA issues are included in this volume, but overall the writing is very strong. The collection also includes the Martian Manhunter backup stories by Matt Kindt, which are excellent character spotlights and bring a new light to the enigmatic Manhunter and give us a glimpse inside his immense (and intense) mind. Overall, this is a very well written collection that suffers only from an awkward final set of issues to have included in this volume, but for anyone interested in Trinity War or Forever Evil, this is a fantastic lead-in series from Johns.

The artwork in this collection grows stronger by the issue as David Finch passes the torch to Brett Booth and Doug Mahnke comes in for the Trinity War issues. Finch’s work is not his strongest, and some odd colour choices highlight some oddities in the artwork. The collection gets stronger when Brett Booth comes on the scene and his issues provide a great lead-in to Mahnke’s issues. The work of Mahnke & Booth highlights some strong visual storytelling that solidifies this as a premiere superhero book. The art in the backup stories is interesting as well, with some issues taking risks that pay off well.

The first volume of Justice League of America showcases how well this series is written and how some great characters can soar when written well. The inclusion of some issues in this collection makes things a bit shaky at points, but strong writing and art that is solid, for the most part, highlight an enjoyable collection in one of DC’s stronger series. This is a must read for anyone interested in the big stories of the DCU and I look forward to sinking my teeth into more.