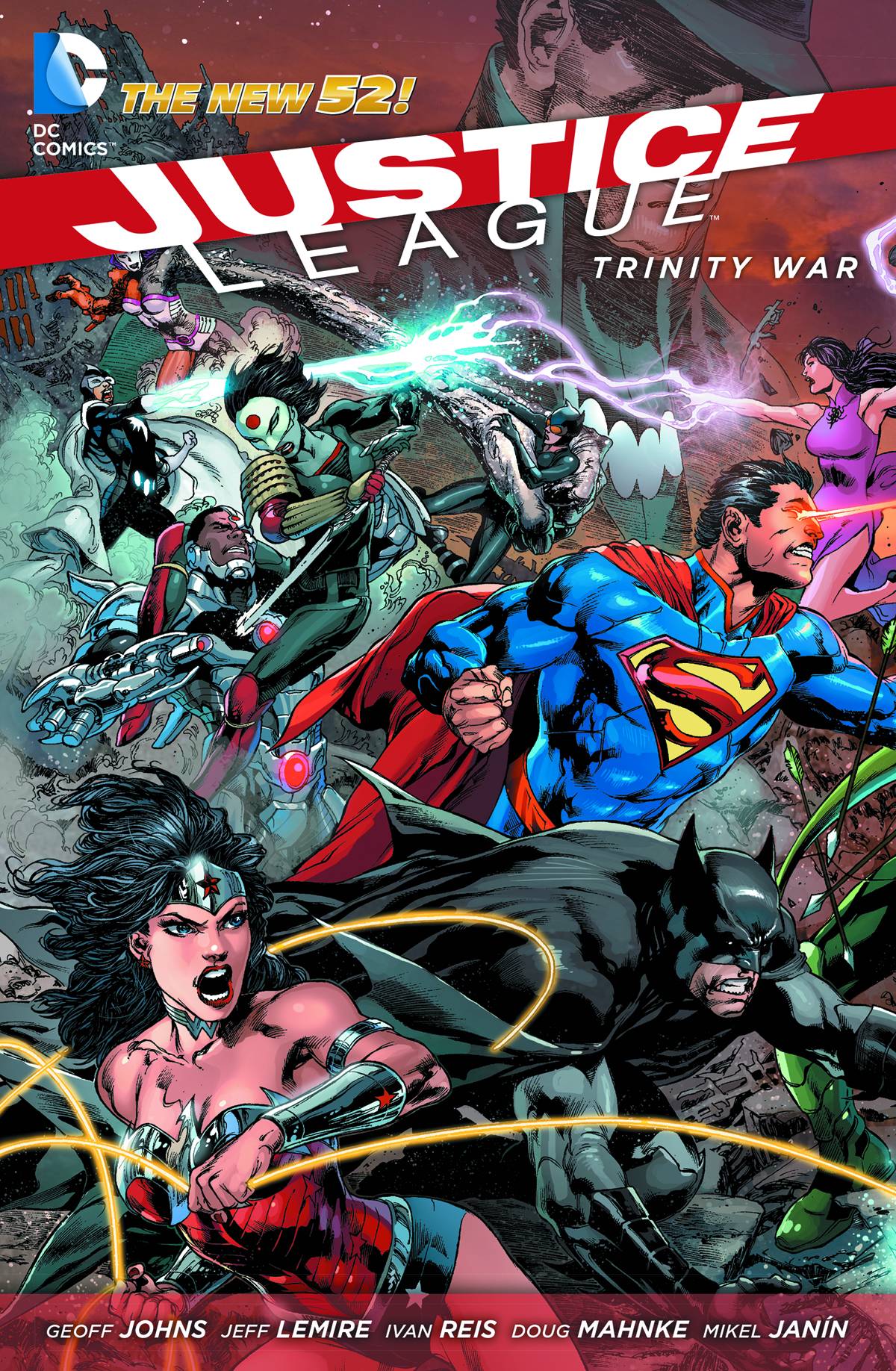 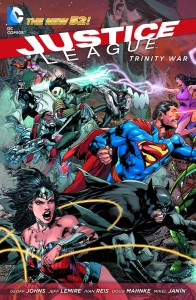 Johns and Lemire handle the heavy lifting of this crossover, writing the JL, JLA & JLD titles. Their writing is strong in this collection, and overshadows the Trinity of Sin side-stories mightily. This collection soars when Justice League members (from any faction) are on the page, and Johns and Lemire have obvious chemistry with each other and these characters. It is relatively imperceptible who is writing what between the JL titles and the cohesiveness of the story across those three comics is fantastic. By their hands, these powerhouse characters of the DC Universe are dynamic and leap off the page and give readers what a crossover like this should have: everybody who is anybody firing on all cylinders as the entire Universe is about to flip on it’s ear. The excellent dialogue and story beats from Johns and Lemire, sadly, highlight how weak Pandora, the Phantom Stranger, and Question are compared to the heavyweight characters of the DCU. Fawkes and DeMatteis do not write poor issues, but these tie-ins do not add a lot to the overall experience of the event. Pandora, in particular, is not a high profile character and reading the top flight Justice League characters puts a spotlight on that. They do not bring the collection down, by any means, but they also do not elevate it. The strength of this story really lies in the Justice League books, and they are damn strong.

Ivan Reis, Mikel Janin & Doug Mahnke bring the visual thunder in this event, penciling everyone like rock stars. When I say everyone, I mean everyone. The entire bloody cast of all three books, and more, are within these pages and the three primary artists handle the challenge admirably. Their styles compliment each other, and define what is now being called the DC “house style”. Let’s face it, with art that looks good, who wouldn’t make it a house style? Reis, Janin & Mahnke do not miss a beat, blow a panel or fail at any point, and make it very hard for Sampre, Guedes and Blanco to keep up. The tie-in artists handle their duties admirably, but the big three are untouchable with respect to quality, and provide super-hero artwork that is to be experienced. This artwork is as good as it gets in the business today, straight up.