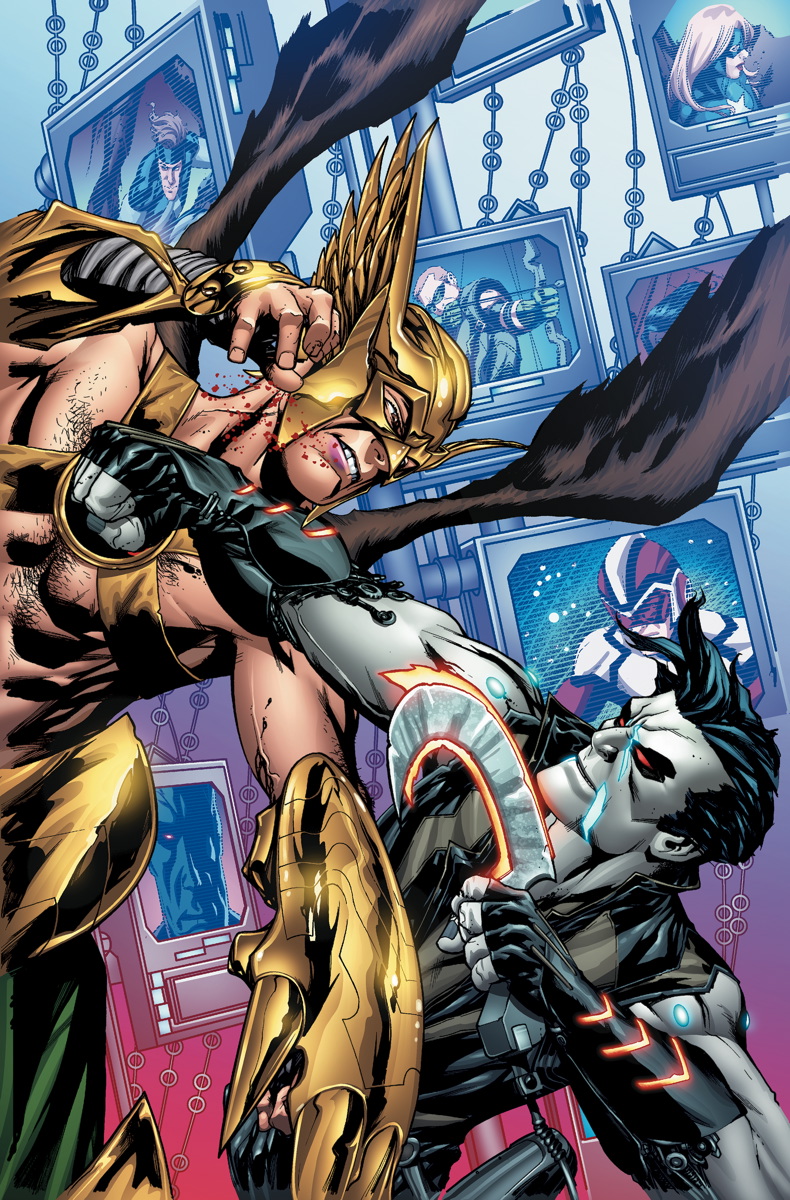 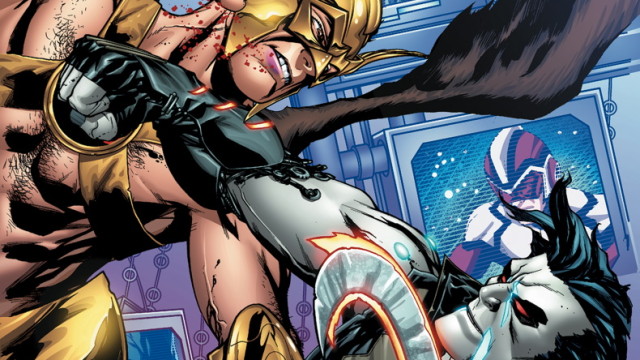 The mysterious circumstances bringing this team together become crystal clear while Supergirl officially joins the ranks in Justice League United #2.

Jeff Lemire and Mike McKone are building a new team that now features the tagline “gathering to protect the galaxy” in Justice League United, and the addition of that tag line explains a lot of what we’ve seen in the series so far. This issue feels like DC is building their own Guardians of the Galaxy, taking a group of misfits and putting them together in an odd situation with the fate of the galaxy on the line.

For the most part, the concept works and this title is not a ripoff of the galactic adventure book across the aisle because Lemire infuses JLU with the distinct personalities of the players involved. These characters are very likable in this book and, compared to the rest of the Justice League titles, there is a remarkable amount of humour and lightness in this tale. Lemire’s sense of humour is seeping into this comic and there are some great back-and-forths between Animal Man and Green Arrow inside these pages. Lemire is making it obvious early on that this is not the most powerful Justice League team, nor the most cohesive, but it very well could be the most entertaining.

The entertainment value from these characters is what carries this issue. The story itself is extremely straightforward and in this issue Lemire removes a lot of the mystery that had been surrounding this storyline in an unceremonious fashion. The motives, back story and pretty much any other detail you could want to know about the villain, Byth, are laid bare in this issue, explained in such a simple manner that I found myself scouring the final pages for some sort of twist. This linear storytelling causes the issue to fizzle out and seemingly coast on the power of these characters and McKone’s strong art.

The story also features the awkward arrival of Supergirl who simply “shows up” with virtually no explanation given or reason to join the team. These two elements highlight an issue that should be much better than it is, considering the foundation that was built in issues #0 and #1. Lemire knows how to weave a tale and I’m hopeful this turns around as the mix of characters is great, but people looking for a wow-factor or twist in issue #2 are going to be let down.

They will not, however, be let down by McKone’s artwork. Inker Dexter Vines is working with McKone and the end result is artwork that is rock solid. McKone is a great superhero artist, might as well just come out and say it, and this collaboration with Vines is taking his pencils to the next level. Vines has worked with Ed McGuinness for a long time and his inking does give McKone’s work a bit of a similar feel, but in a good way. Characters like Hawkman have never looked better (as you can see on the cover) and the pencils in this comic are very sharp and easy on the eyes, with no muddled panels causing confusion at any point.

This is a sleek book that I would describe as having a very traditional superhero look and feel, but without the darkness that we are seeing in the other JL books (including JLA prior to this title). The colour work by Marcelo Maiolo suits this artwork perfectly and brings a lightness and fun to the title that fits the tone nicely. The art team are delivering the goods in this issue, seemingly pulling along an anchor of a story that will hopefully break loose in issue #3.

Justice League United #2 is a bit of a misstep in what has been a solid series so far, and hopefully returns to being with issue #3. The characters are dynamic as a group but the story as a whole is force fed to readers in a manner that makes it boring and simplistic. Lemire has proven in his other DC work that he can tell a tale and he has a very strong art team with McKone, Vines and Maiolo, so I will be back for more…and hopefully some twists will spice things up.