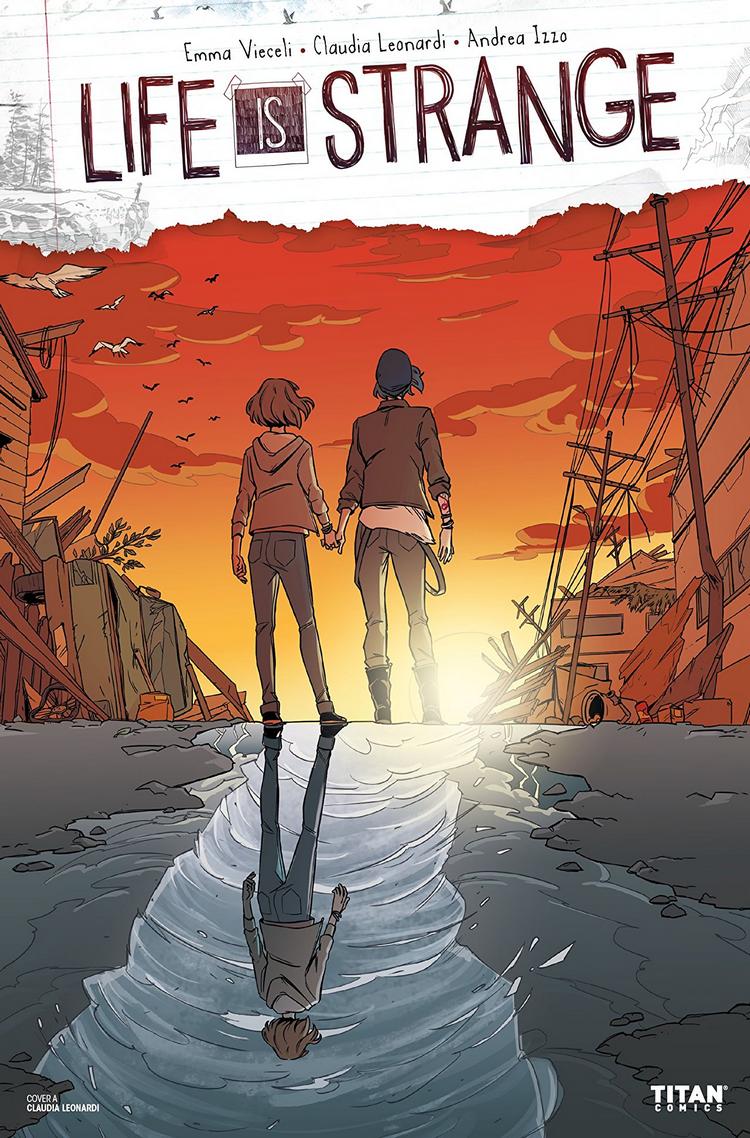 One year after the storm, Chloe and Max seem to be living their lives as best as they can, knowing the choice Max made on that fateful day. But is the timeline safe after such a major change in it? Find out in Life is Strange #1!

I like that Vieceli went through with one of the endings rather than building upon scenes that could have been in between throughout the game. Seeing the impact of the choosing Chloe ending is fascinating, especially since that is the ending where you kill of so many people in order to keep one person alive. It’s intriguing to see how this choice has affected both Max and Chloe.

I also love that Vieceli is using the jumping mechanism from the game but with a twist – Max isn’t controlling it anymore. Her spiraling into what is real in this version of reality and what has been wiped away will be interesting to watch as the comic series goes on.

I like the choice of diversifying the cast that populates the Life is Strange world in these pages. While the games are fun and interesting, there’s a lot of white people at the forefront and it’s nice to see more people of color in some part of this franchise.

I like the framing on the first page. Instead of the usual boxes, there’s blue butterflies encircling the panels, creating a more ethereal scene as you slowly zoom in on Max. It’s beautiful.

I love the unique word bubbles and lettering used throughout. Not all scenes have a specific style geared towards them, but scenes like when Chloe is graffiti-ing and the music bubbles are these haunting, off white-bluish circles with an white outline around them and a greyish blue color to the lettering for these lyrics about ghosts – the style of how the words are portrayed goes along with the song and goes along with the general idea that Chloe was supposed to die in the game, but could live on if you chose her over an entire town. That’s fantastic work.

If you like the Life is Strange games, you’ll definitely love this comic extension to the series.