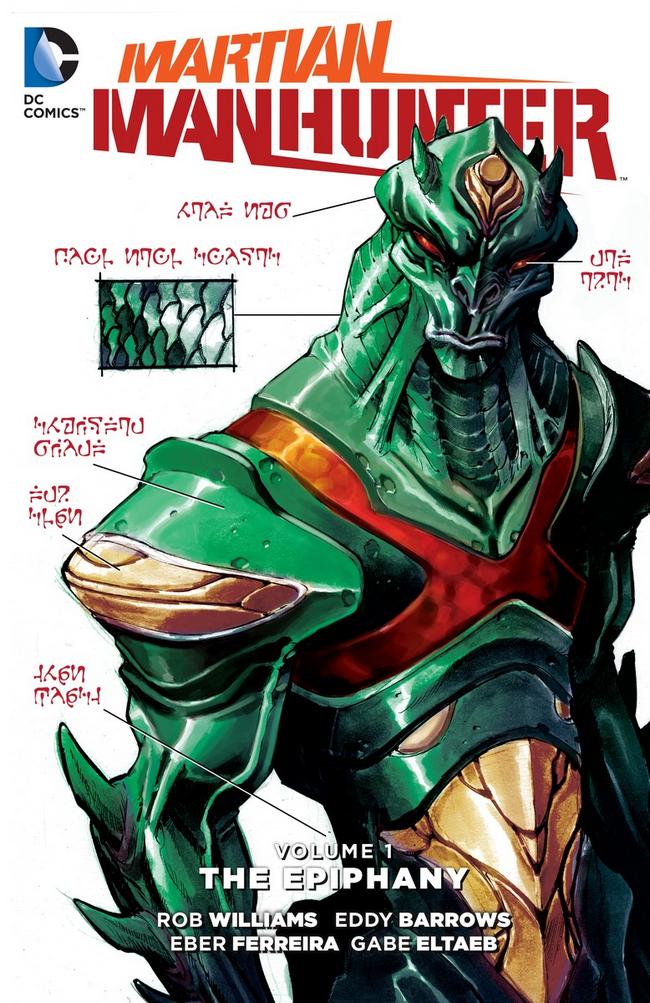 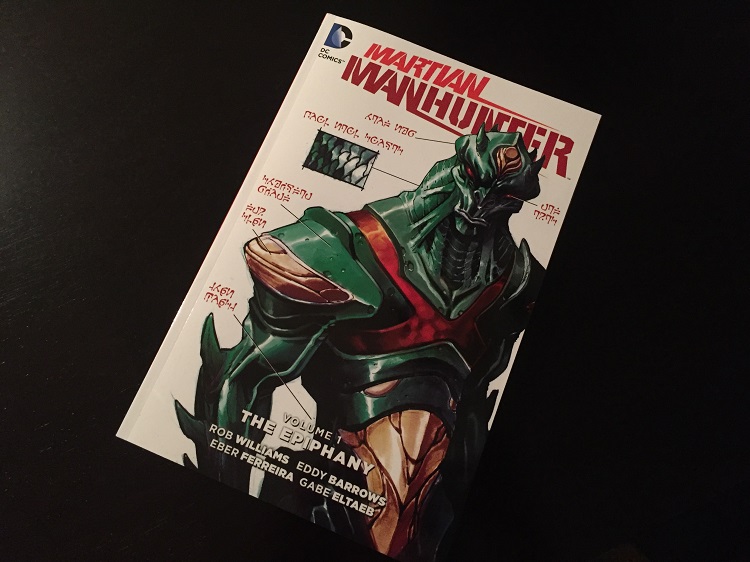 Science fiction comes to the DCU in the first volume of a story that takes J’onn J’onzz places that feel like a good ol’ fashioned retro sci-fi adventure with all the perks of modern storytelling and art.

Rob Williams and Eddy Barrows take a well known DC mainstay character and twist and turn everything we know about him…in a good way. The Martian Manhunter has always been a cryptic character, the stoic last member of his species. But what if his origin wasn’t as simple as Superman’s? What if J’onn J’onzz is something completely different? That is what Williams and Barrows throw at readers in this first volume of Martian Manhunter, building a superhero sci-fi story that is steeped in magic, space-time madness and some really out there concepts that they execute quite well.

For the most part, Williams assembles a cast of characters that is completely new to the DCU, which makes this comic very accessible to new readers. There are guest appearances by some of the heavyweights of the Justice League, but the primary players in this comic are all new characters which seems to free Williams to get a little wild with this story. Each has their role to play, pivotal roles in the story, and to avoid spoilers as much as possible I will simply say that Williams writes them well. In just 160 pages, Williams rounds out several characters readers will care about, each of them bringing very different characteristics to the table to make this comic feel very diverse and dynamic. This title is jam packed with diversity and it strengthens this volume a lot, with Williams simply incorporating diverse characters and making them integral parts of the narrative in an organic way. While we are far from answers at the end of this volume, the strength of these characters makes this a compelling, crazy, eerie story that will make you want to read volume 2. 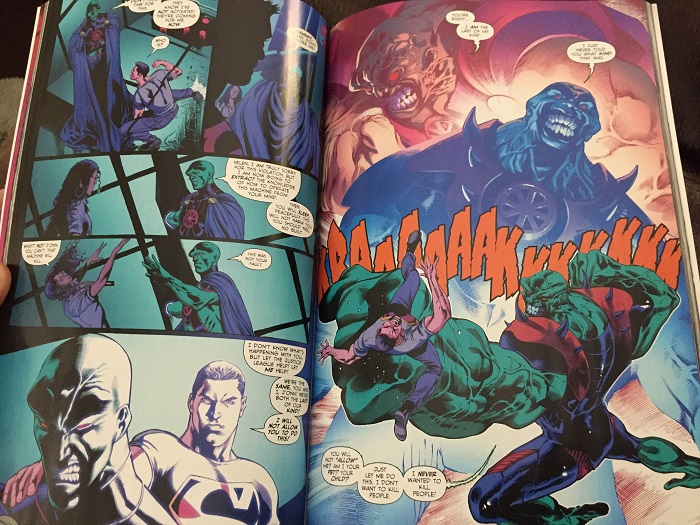 Eddy Barrows is joined by Eber Ferreira and colourist Gabe Eltaeb on the art team and they do a masterful job of setting a ton that is very eerie and creepy. The artwork is what really drives home the horror aspects of this science fiction but maintains some of the classic feel. This comic reads like it could be one hell of an adapted radio drama, but with modern visual storytelling. Barrows’ pencil work is strong and he gives the characters a lot of personality – some of them kind, others menacing, and others yet just visually terrifying. The threat and scope of this comic is huge and Barrows is certainly up to the challenge, diving head first into the big concepts and going for broke. His pencil work is strong and this collection is a very cohesive read with respect to the pencil work. Gabe Eltaeb’s style suits the pencils well and gives them a punch of dynamic energy. Aliens are all over the place in this volume and Eltaeb keeps them looking respectable and menacing rather than going down the cartoonish route. His colours enrich the tone of this story greatly and he and Barrows are a strong duo together.

The collection itself is a standard trade paperback that is 160 pages long and includes Martian Manhunter #1-6 and the 8 page backup story from Convergence: Adventures Of Superman #2. The paper quality is just fine and extras include some concept art and variant covers. I think it could be fairly easily argued that this story may be presented best in a deluxe, multi-volume set at some point that contains the entirety of the series, but this first volume is a solid primer for what is to come.

Martian Manhunter Volume 1: The Epiphany is a fun read for science fiction fans who are looking for a different kind of superhero story. Strong characters, wild concepts, horror and humour are waiting for you in this collection featuring a story that flows easily and will draw you in.

Oh, and all hail Mr. Biscuits!