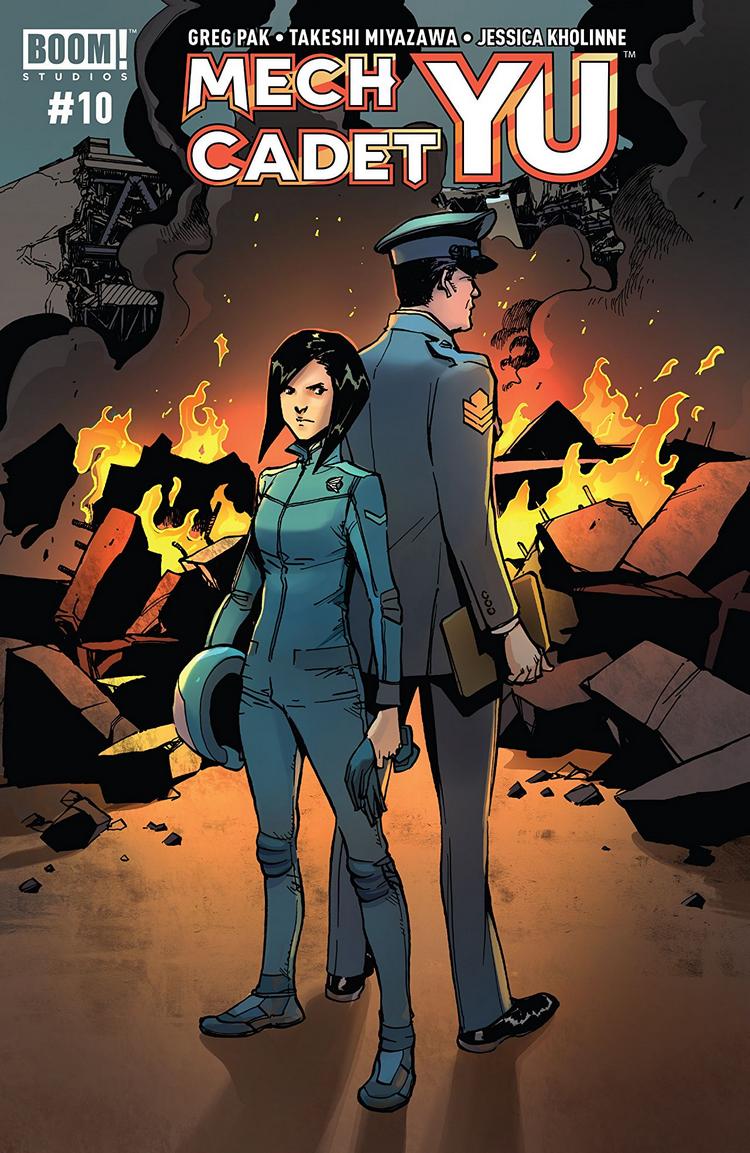 As the final battle heads towards its climax, will something tip the scales towards human victory? Or will there be no hope of defeating the sharg? Find out in this exciting issue of Mech Cadet Yu!

Pak, again, has created a gripping issue. I love the additional layer of pressure and tension brought in from the general enlisting the help of the cadet’s parents to bring them back to Earth. In his own way, General Park means well, but his choices and the way he manipulates people can be truly diabolical from a surface level perspective.

I also love the relationship moments between Stanford and Olivia. These two have truly grown from rivals to people who’d trust their lives with one another and that’s just a fantastic thing to see. There’s a scene towards the end that’s truly gripping, that makes me wonder what will become of the two after this battle against the shargs is over. I’m extremely curious to see how this end scene will impact their relationship going forward in the comic.

The art by Miyazawa, as usual, is stunning. I especially love the panels with movement. Buddy, extremely injured, flying recklessly to a terrifying location. Hero Force slamming Buddy down to the ground. The robo battles against the Sharg spaceships up in space. They all portray motion so fluidly and are exciting to watch.

I also like the designs of the shargs in this issue. While they’ve always been great, a lot of shargs appear in this issue and they seem somehow even more menacing than before. The coloring and the shading of them might be that additional push towards the menacing that they needed to show just how much of a threat they are to Earth.

The coloring by Kholinne is superb. I love how the cadets’ helmets light up with different colors and the glow that comes off of both their helmets and the future technology they use. Once again, the coloring of space truly makes the panels feel like they are in space. Without the hazy cloudlike layers, the touches of stars, the backgrounds would not be as beautiful nor feel like space.