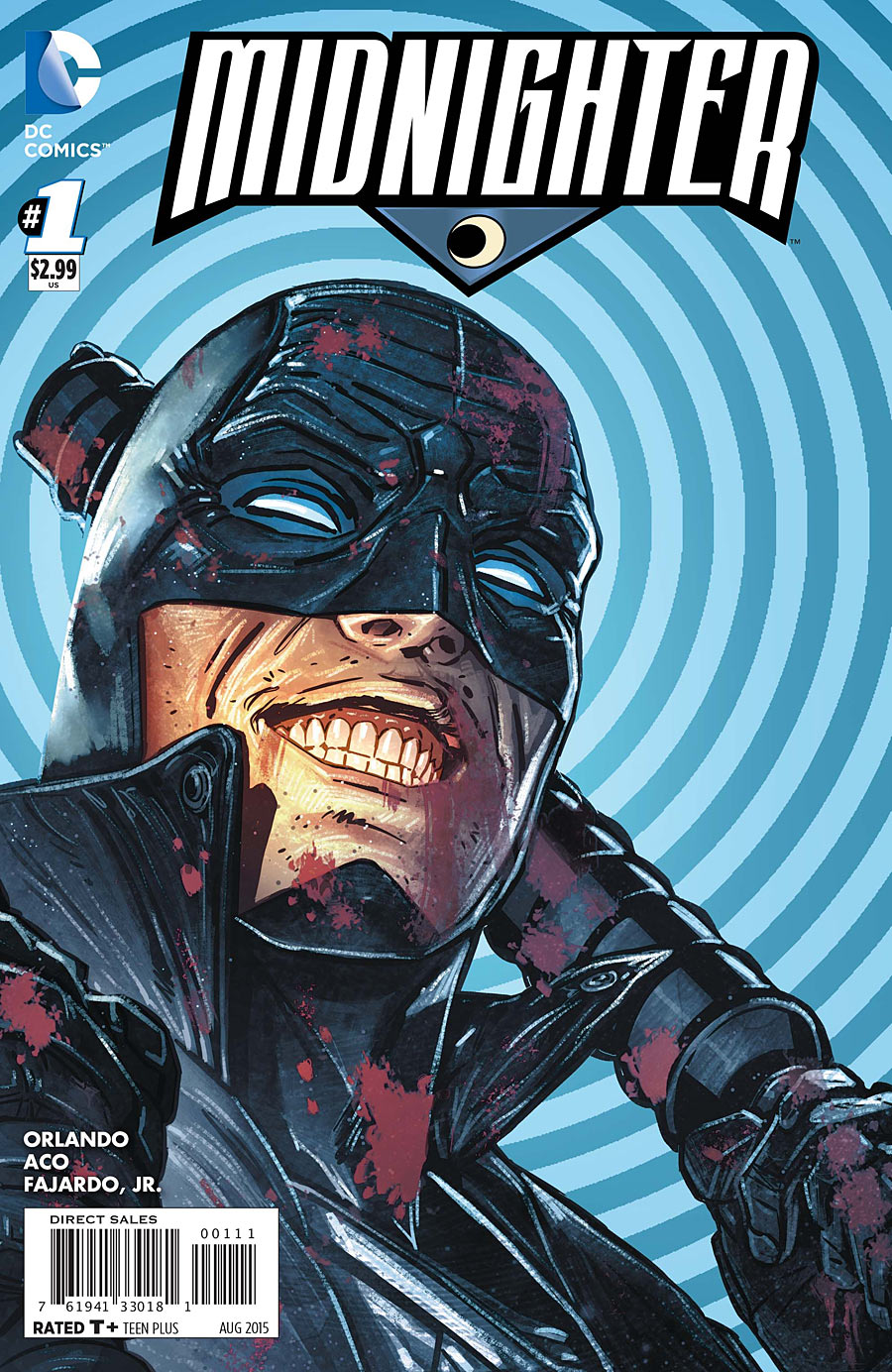 The Midnighter is a fighter, first and foremost. Not really a hero, sometimes a defender, occasionally a lover (va va voom), but always a fighter. And with his computer brain that can predict what’s going to happen in any given situation, he has an edge up on any faces that get in the way of his fists. Or boots. Or… ahem.

In the aftermath of last month’s prologue (still available for free online), I had this suspicion that we would be launched headfirst into Midnighter’s first adventure with this issue #1, leaving his social life and sexuality behind for the time being. One page of condom wrappers and Batman underwear was enough for now.

I could not have been more wrong.

What Orlando has given us is a well-balanced introductory issue that’s as high octane in the streets as it is in the sheets. Midnighter is a figure we’ve rarely seen have a private life outside of costume, and to be fair, there’s no secret identity at play here. But there is a vulnerability that Orlando captures throughout that is well-developed and yet ultimately completely fresh for the character.

And it’s not just that we get a sex scene between Midnighter (I think it’s kind of hilarious that he doesn’t use any other name, actually) and Jason. That alone should have left me with a grin as wide as Midnighter’s…. ahem. It’s that the scene, and the ones before and after it, were so normalized to the degree that all heterosexual sex scenes are, that it didn’t seem nearly as revolutionary as it could be. Which makes it even more so, honestly.

This is a guy who’s brought a lover home after the second date and then proceeds to overshare. Sure, that oversharing involves planting a GPS device in young Jason’s neck, but the real uncomfortable moments come when Midnighter is talking about Apollo. And that’s so damn real. We can all wince at a guy bringing up an ex the morning after being with someone else. We can all recognize the lone wolf licking his wounds in a bar after a break-up he clearly instigated with the man he lost his virginity with. It’s rich, but it’s also super recognizable.

All of this is handled with the utmost care and appropriate levels of sexiness by artist ACO, who possibly had the hardest challenge of transitioning from one scene of absolute carnage to another of furious clothes rending. His Midnighter, when unmasked, is a soft-faced hunk who you can’t help but fall for. He doesn’t seem like a bad guy. In fact, he seems like the kind of guy you want to reach out and hug to protect. Until he’s suited up and snapping necks with his eyes closed.

The level of detail in penciling (thank God, shirtless Midnighter even has hairy shoulders. Meow.) and in layouts is pretty extraordinary, as you get a little glimpse of what it’s like to see things from all the angles. It’s too much for a fast read, which is exactly what I want, because when things slow down (and heat up), my attention is ultra-focused. It’s a beautifully styled book, through and through, and ACO is clearly working at the top of the comic game right out of the gate.

An exemplary first issue for DC’s preeminent gay male hero, Midnighter #1 is more than I could have hoped for, and my gratitude knows no bounds. It’s been a long road getting to a place where we can see a man’s sexuality and kick-ass ability intermingle on the page so vividly when the object of his affection is other men. But it’s arrived and the result is blindingly great.