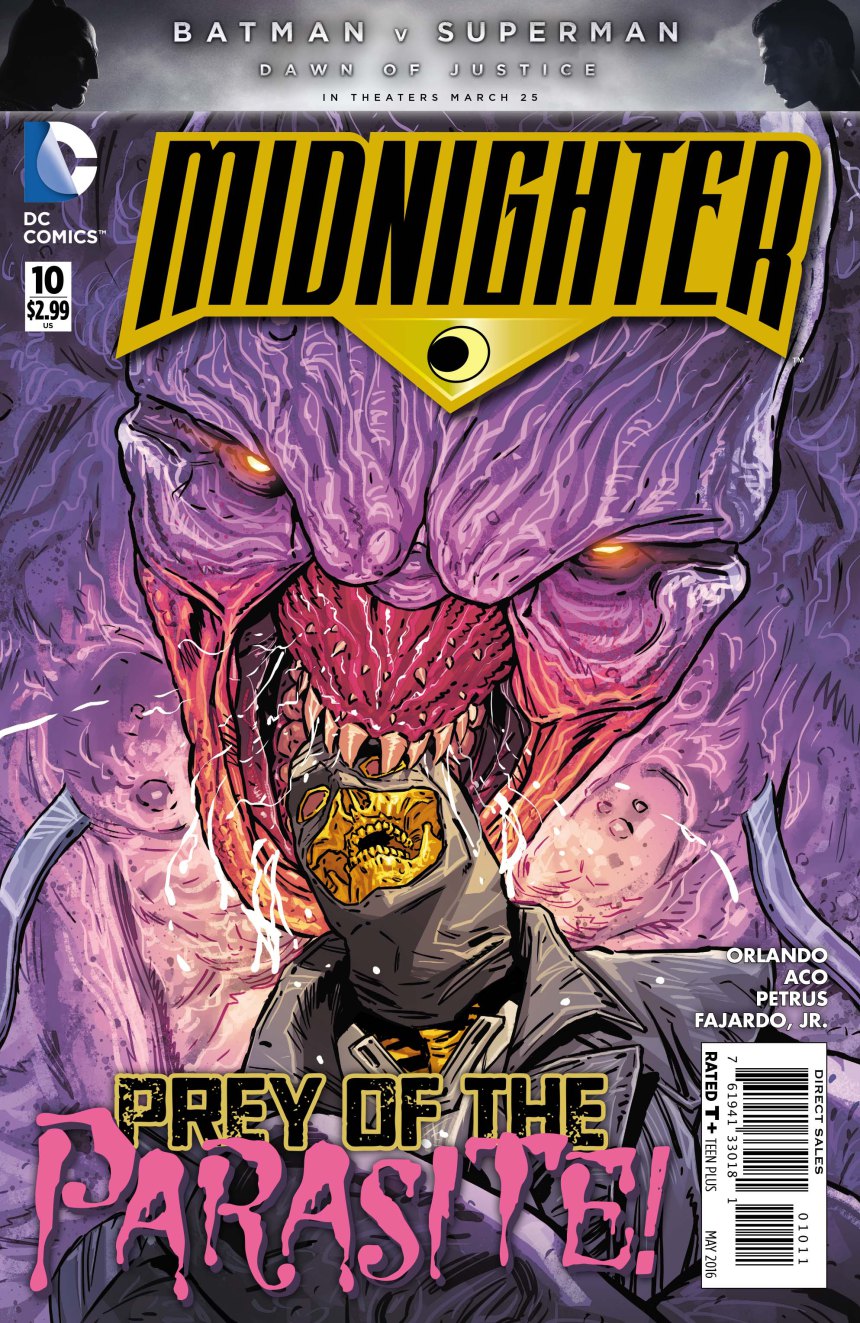 What can stop the Midnighter? As Amanda Waller moves in to rip M away from Helena Bertinelli and her Spyral team, a new partnership is formed — with someone very familiar. The Suicide Squad is working with Henry Bendix, “father” to the Midnighter, and that amplifies the stakes just a bit.

There’s a lot to be said for shifting morality. Midnighter isn’t exactly the paragon of virtue, no matter how honorable his motivations and thought process may be. And how can he be? True to form, the very notion that someone can predict every move you’re going to make half a second before you do would seem to disqualify trust as a viable notion. There’s no need for it anymore. And as we saw in the previous arc, trust perhaps only generates itself in the absence of M’s powers.

And in that sense, pitting M against Amanda Waller and her Suicide Squad is pretty damn genius. Orlando delivers a clear version of Amanda Waller as a mirror to Midnighter — someone who does what needs to be done to serve the greater good, no matter how many bones get broken in the process. She’s smart, sharp, witty as hell, and I can’t think of a better match to go head to head with the Midnighter.

And for every way in which the Wall is the perfect sparring partner for M, her Suicide Squad falls desperately short. It’s rare to see Deadshot appear cowed, and somewhat disturbing if it didn’t make so much sense. Floyd may hold his own against the Batman from time to time, but Midnighter is no Batman. And Orlando knows it. M doesn’t have the limitations Batman has — from a no-kill morality to the susceptibility to trust — and he has more than the physical prowess and mental agility. He’s the perfect combination of Batman’s skill with Waller’s psyche, with a few tinkerings and enhancements beyond.

With that combination, how this is not DC’s top selling book, I’ll never know.

And where that sad reality continues to baffle is in the absolute stunning pages of fluid action gracing these pages. With this issue’s pencil and ink duties split evenly between Hugo Petrus and ACO, you’d think there would be a disconnect, but it’s almost difficult to tell the two artists’ work apart if the credits hadn’t specified page ranges.

Both Petrus and ACO are utilizing the standard freeform boxing and white borders the latter established early on for the series, pulling out detail shots amid dynamic movement. Yes, Petrus ends up detailing more of the talking heads of the script, with ACO’s pages rendering the hardcore action of the second half with his usual ballistic excellence. But, even those panels dividing between Midnighter, Deadshot, and Waller, for all their stillness, carry with them a level of tension we don’t get to see often in more sedate scenes.

Of course, it never hurts to have M held in bondage to make a scene feel just a little more tense, and not simply from the life or death stakes. There’s a raw sexual energy present whenever M is up against seemingly unbeatable odds, but never more so when straining against chains with exposed inner thigh skin and a devilish smile on his face. Yes, the thighs. Oh man, just seeing that hair grow back in the course of 15 pages is enough to warrant the price of admission.

Another exceptionally twisted story that masquerades itself as action when it really is emotionally charged character examination supreme, Midnighter #10 is just one more bit of proof that M is, by far, one of the most fascinating figures in the DC Universe. Riding him alongside Amanda Waller multiplies that factor exponentially. While we’ve already been apprised of this ongoing title’s conclusion, one can hope to see Midnighter and Waller’s Suicide Squad matched up in the near Rebirthed future — and with Orlando, Petrus, and ACO again at the helm for maximum effect.