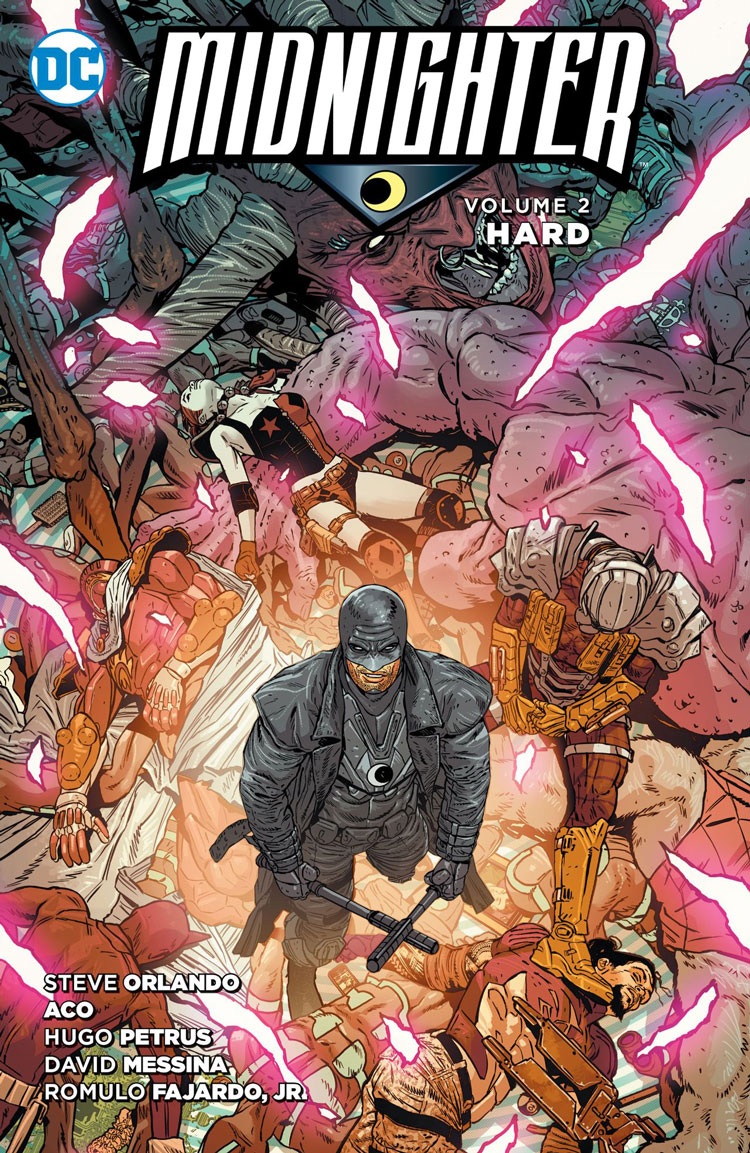 It’s the ultimate team-up spectacular, as Midnighter joins forces with B’wana Beast, the Matron of Spyral, and ultimately Amanda Waller and the Suicide Squad to defeat the machinations of the man who helped make him what he is today: Henry Bendix. But none of that will prepare M for the biggest team-up of all: his reunion with ex-boyfriend Apollo.

This could have been a much more maudlin review if not for the arrival of Midnighter and Apollo #1 just a scant two weeks ago. Because, indeed, fortune shined a light on the man with the computer brain who comes to kick and fuck ass — and that light is Apollo.

Mind you, when Midnighter #1 debuted, I was giddy at the thought of seeing a genuinely single gay super-hero working on his own — dating on his own terms — without the baggage of a speedy marriage. Because what I needed to see out of these characters in 2015 was not the same as in 2002, when M and Apollo first tied the knot in bloody matrimony. 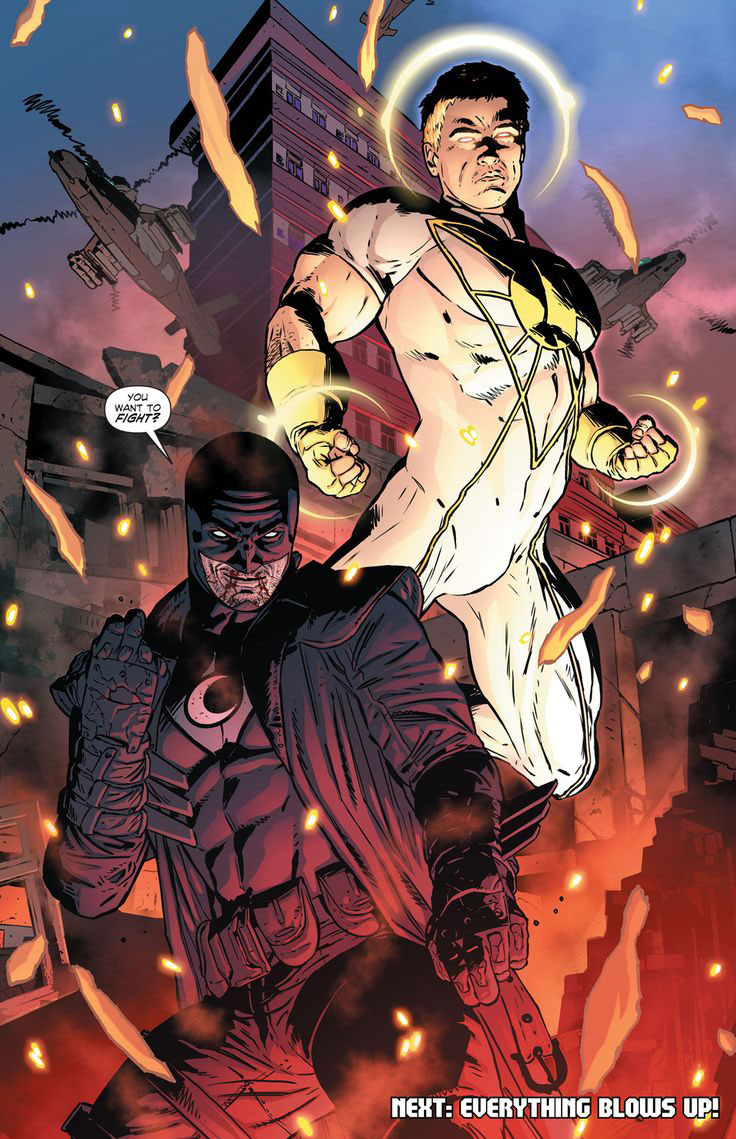 There’s no shame in that — in needing different things from characters at different times. Years before achieving marriage equality in the United States, the image of a committed gay male couple making that commitment was revolutionary and uplifting to me in a way I can’t adequately describe with words.

Flash forward 13 years and the same is true of a hero who owns his sexuality and sexual desire in a much more exploratory way, standing up for what’s right and good (albeit in the most violent way possible) like he never had before.

So thank goodness for comic books, because one aptly placed continuity shake-up and we get to see a beautifully written path through gay singledom, heartbreak, and back to reconciliation maybe. 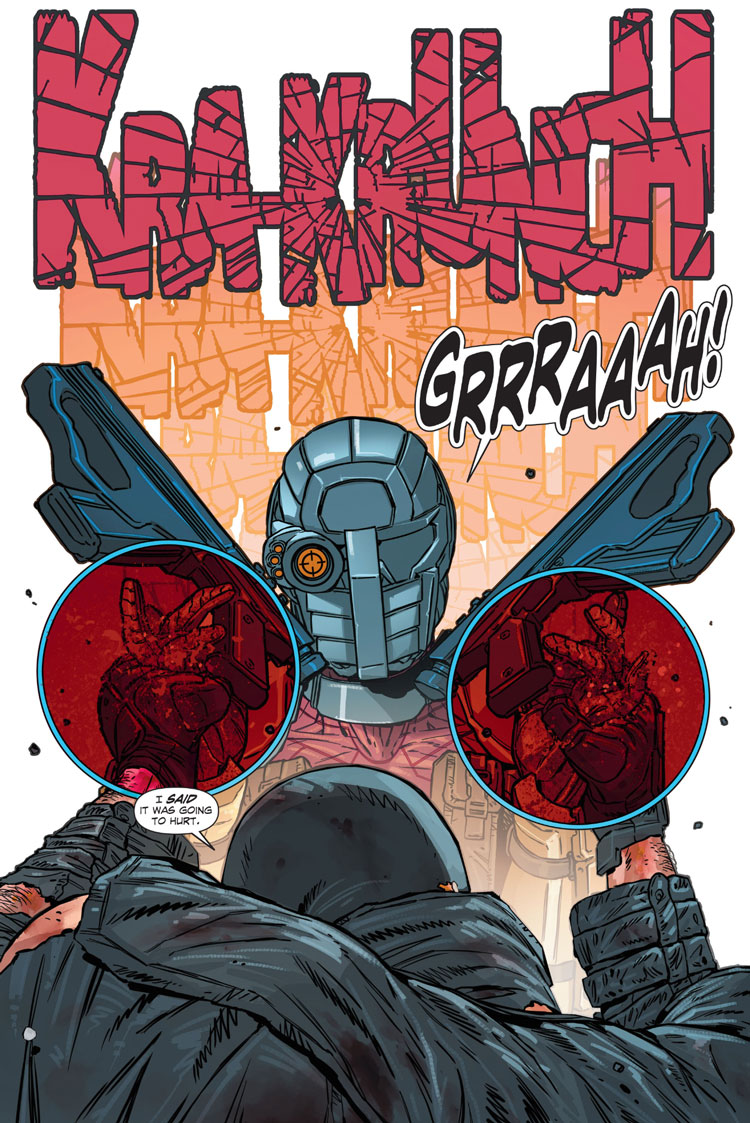 The joke of it all, of course, is that those who decry forced narratives of gay lives, who need rationales for developing books like Midnighter to be steeped in “organic storytelling,” will never see what’s right in front of their faces. What Steve Orlando has built with Midnighter (and continues with Midnighter and Apollo) is life. It is organic. It is natural in all its drama, mess, sincerity, heart, and love.

And that’s what Orlando does best in Midnighter — blend that heartfelt, domestic, emotional content seamlessly with hardcore action and turbulent violence — to elevate its lead character into A-list status. In a mere 5 issues, we get to experience M licking his proverbial wounds in the wake of his most unexpected break-up with the man who wanted him dead, only to see him cling to the one he left behind when the going gets tough.

It’s never a question of giving up on pride, but calling out to Apollo for help isn’t strictly just about necessity either. M planned for it. He made sure — in the wake of his last lesson in love — that when he was ready, Apollo would get the call. If there was any doubt about their compatibility, it was certainly wiped away for me in the ensuing retreat, M’s head on Apollo’s shoulder with bare thighs exposed to the air, as an airplane explodes behind them. 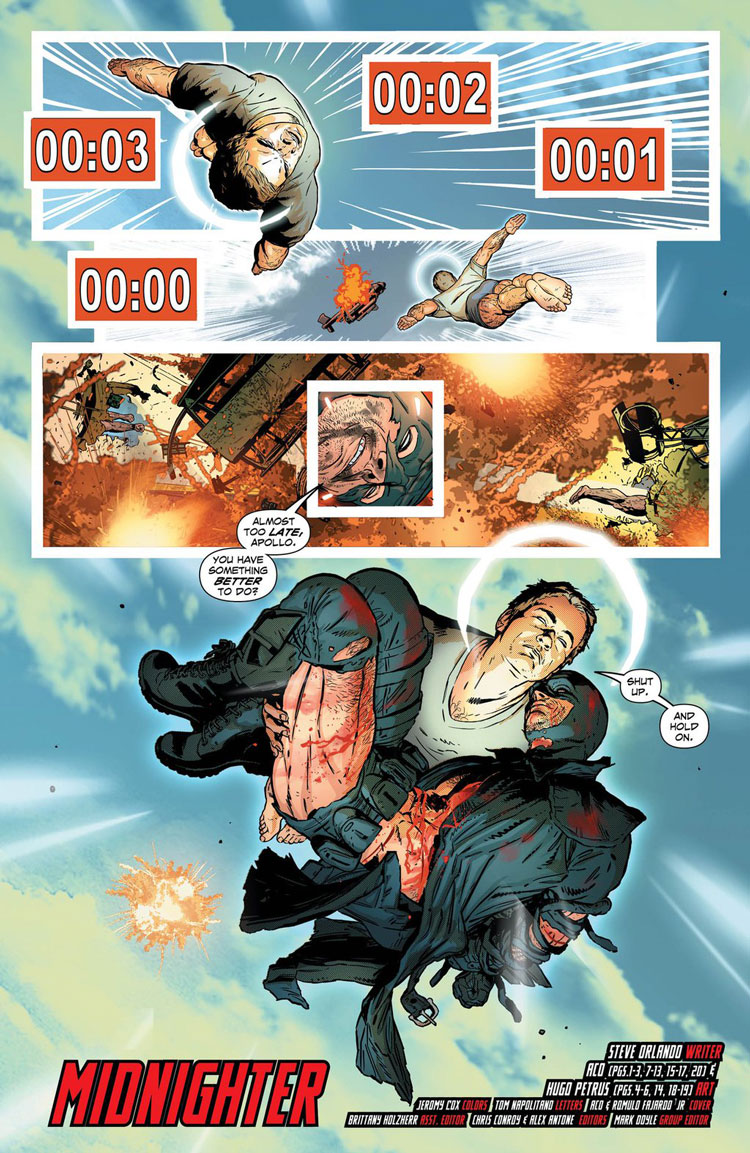 ACO isn’t alone in working out the final five issues of M’s first run, ably complemented by both David Messina (who delivers the most stunningly gorgeous animals in a mainstream comic I’ve ever seen — not to mention Dominic Mndawe himself) and Hugo Petrus, whose panel style and level of craft so mimics that of ACO I have to keep checking page credits as we go along.

All told, with Romulo Fajardo Jr. on colors throughout, we’re given a remarkably consistent feel in a story that seems to go in 100 different directions, but narrows itself right back down into one crowning moment — the hero’s romantic, Gone with the Wind-level kiss.

And if that’s not the best thing about a book like Midnighter, I don’t know what is. 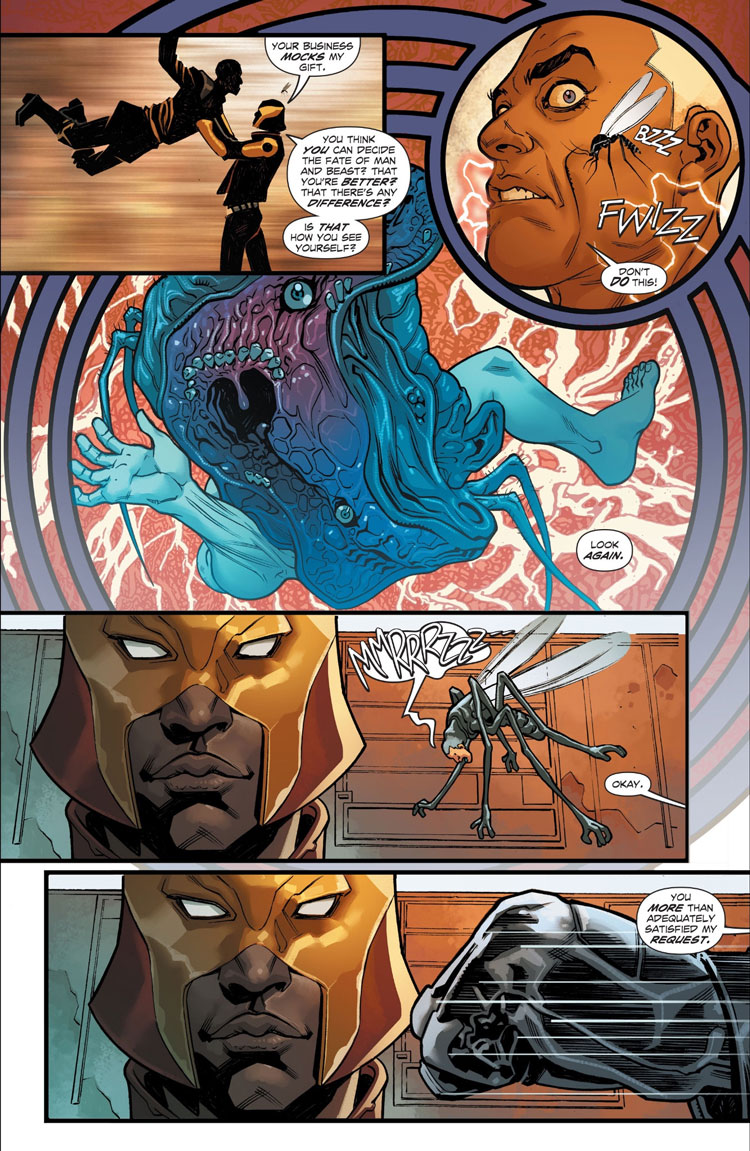 Filling out the volume are three additional stories completed by a star-studded line-up that actually took me slightly aback. While Brian K. Vaughan and Darick Robertson’s experimental piece highlighting Midnighter’s predictive vision in reverse was clever, the real treat comes in Christos Gage and John Paul Leon’s look at what might be Midnighter’s first, deeply moral moment — all due to a bet made with Jack Hawksmoor.

We definitely can see the template for Orlando’s feelings about M and the hero’s commitment to protecting the young and innocent in this story, reprinted from M’s first solo run in 2007. While it stylistically stands out from the more modern rendering, as a glimpse backwards at a foundational moment, it works surprisingly well for the collection.

Another beautiful volume of kicking butt and kissing the man you love, Midnighter Volume 2: Hard is thankfully not the end for our dark defender. If you loved this month’s look at DC’s best power couple in Midnighter and Apollo #1, you want this book. And if you haven’t checked in to the DC Universe’s newest A-list hero yet, drop everything you’re doing (yep, even that dude) and stock up. Because these stories are too perfect to leave unread, unbought, or ever unproduced.