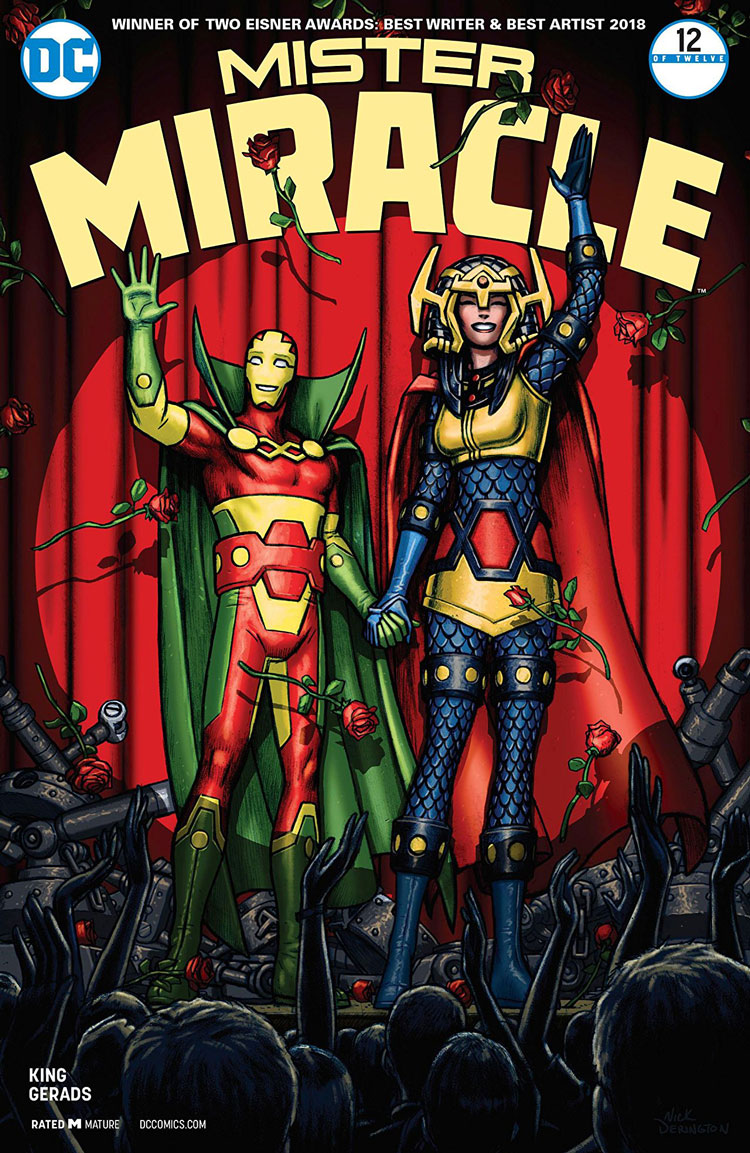 And the hero of our tale gets to go on with his life, raise a family, and not worry about the next crisis or continuity glitch. He’s escaped from repeating the mistakes of his father, the punishment of his “granny,” and the drama his black sheep brother brings to every holiday.

In effect, Scott Free is truly free. In every way he ever wanted to be. And I can imagine a world where that’s a sincere disappointment to his fans, his family, to friends and enemies alike.

Because Mister Miracle has always been at the center of a cycle of abuse and revitalization that Jack Kirby imagined as never-ending. A Fourth World that would forever supplant those before it. That existed to frighten and inspire mere humans who would read its tales over and over for decades, always coming back to them like legends — some of whom even would rise to replay them on the page, always adding a little or tweaking a bit, but always returning Scott to that same spot in the narrative.

Who can blame the man for wanting to escape?

It’s a teleological conundrum: Scott’s escape. Did he truly cheat death in that moment back in Mister Miracle #1? Or did he cheat life? Was his escape from an endless cycle of pain and struggle, from — as Oberon so succinctly puts it — all those crises and continuities that never really made sense, a defeat or a win?

It depends on who you ask, I suppose.

King and Gerads certainly seem to have an answer. And I get it. A life of adventure. Of life-and-death stakes. Of furies and forever people. That’s a lot to walk away from for the normalcy of two kids and a condo in LA with your seven-foot tall wife, even if her version of going to work is booming across the universe to beat up a dude in Renfaire gear. It’s a lot to get to a place where you can choose — actively choose — to leave behind the pain that defined your existence for decades in favor of happiness.

It seems so hum drum. This is a super-hero, man.

But it’s probably the most amazing, transformational thing I’ve read in a comic book in over a decade.

Scott Free escaped his life. He looked into the face of his anti-life and chose it. Willingly chose to leave the burden of his father’s choices, the trauma of his abusive childhood, and the obligation of never-ending war with himself behind. Is that heaven? Is that hell? Is that life? Is that anti-life?

It depends on who you ask.

This series has been nothing if not thought-provoking, soul-provoking, and life-provoking from beginning to end. A quintessential piece of comic literature that deserves study, respect, and admiration. Tom King and Mitch Gerads have produced a riddle that provokes more questions than answers as you seek to unravel it, and that’s a lot harder than it looks. And yet, Mister Miracle stands as a nearly effortless-looking masterpiece of deep thought and feeling. Bravo, gentlemen. Bravo, Scott Free. You’ve done Jack Kirby proud.