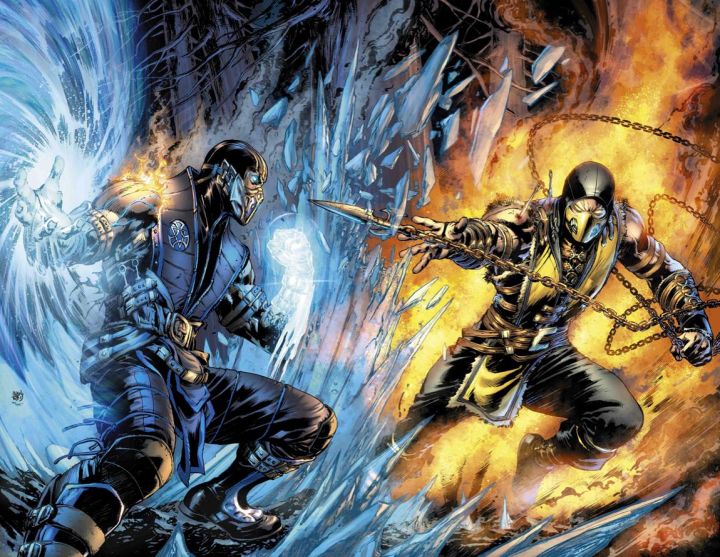 In the interest of full disclosure, let me first tell you that I literally took a day off work for the official drop of Mortal Kombat X, because yes, that does constitute a holiday for me. That being said, if you are not a diehard Mortal Kombat fan with a fairly comprehensive understanding of the canon so far, be prepared to be confused when first picking up this volume — or Konfused, as the case may be.

Kittelson launches immediately into the action, opening with a prelude battle between Kenshi and Hsu Hao as the former attempts to bring his previously unknown son, Takeda, to the Shirai Ryu temple.

After this moment, however, the story skips around in time so frenetically — dropping us first “many years from now,” then “a lifetime ago,” then “now”  — that it’s difficult to root yourself in any of the several intersecting storylines that are happening at any given time.

Even when the story is following a specific, linear path, it requires intimate knowledge of the series to follow: Scorpion appears both in mask and out — without some bread crumb to help the uninitiated contextualize the resulting, very distinct, change in appearance — and is referred to by both of his names. Only brief references let the reader in on Sonya Blade and Johnny Cage’s tumultuous relationship. Kano appears, but is not referred to by name. Jacqui Briggs plays a prominent role, despite there being no mention, or appearance, of her famous father.

To add to the confusion, the characters just don’t feel right. The dialogue does ring true for some characters — such as for Sonya and Johnny’s equally ferocious offspring, Cassie, who comes across just the way you’d imagine an over-privileged, ass-kicking millennial might — but few others feel realistic.

Perhaps it’s that everyone else’s speech is just too modern for individuals battling over ancient curses and tradition. Or maybe it’s that the dialogue is, overall, too homogeneous to make any individual feel distinctive from his counterparts. Even the oblique references to classic dialogue from the game feel forced in this landscape of humorless one-liners and chaos.

It forces me to wonder who this comic was designed for: the enthusiastic and uninitiated beginners, eager to take their first steps into the world of Mortal Kombat; or the fans who would, by virtue of their devotion, expect more.

Despite these issues, however, artist Dexter Soy does manage to keep the reader’s interest with scenes of destruction so jam-packed with body parts, it’s difficult to decipher who precisely is doing the beating — and which parts are spewing Mortal Kombat’s signature ribbons of blood. It’s not surprising, of course, that the gore is one of the most successful aspects of this comic; it is based on a series that literally allows players to rip apart their enemies limb for limb, after all. 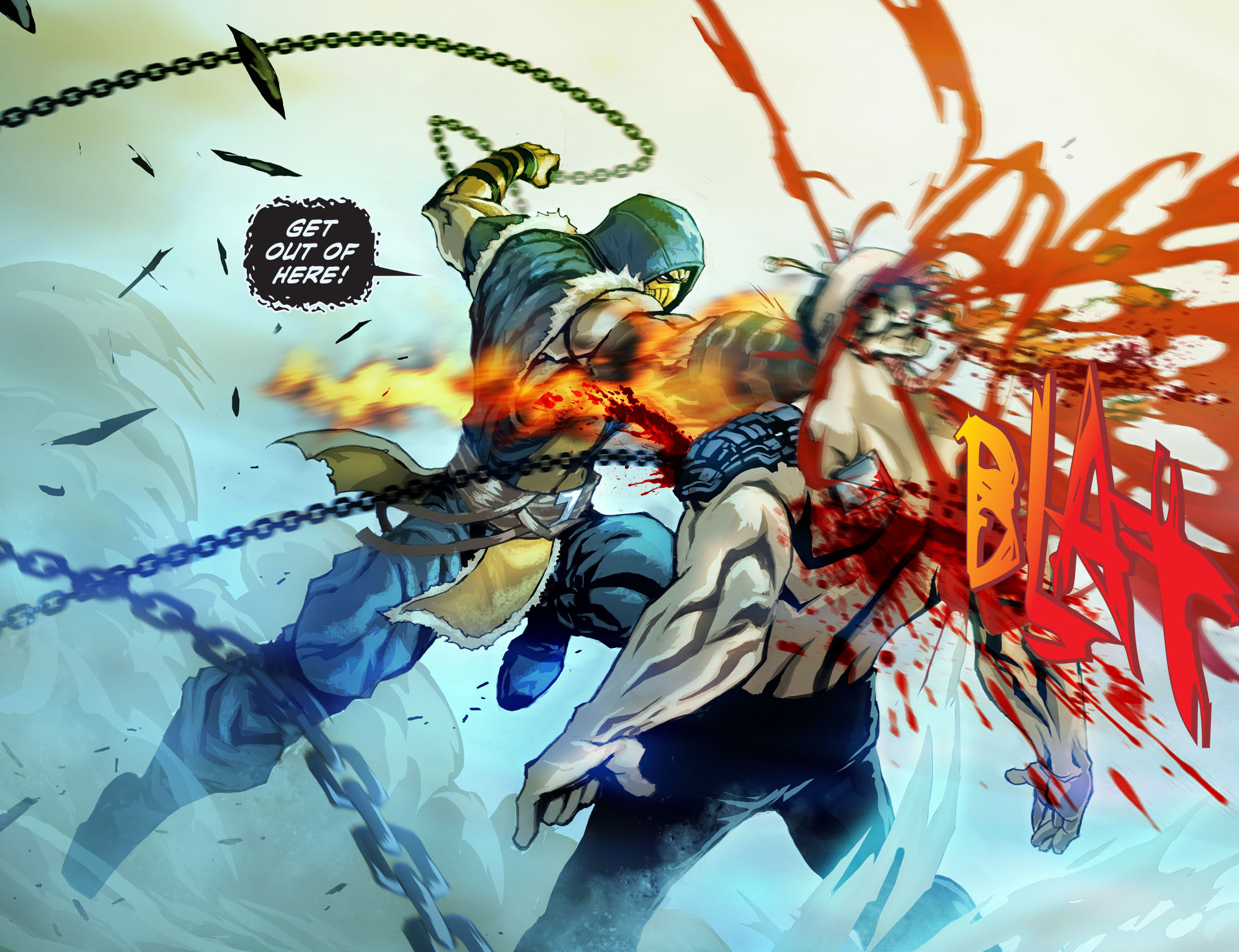 However, what is truly surprising is the apparent restraint of Mortal Kombat X Volume 1. Despite his masterful use of ever-changing, often angled perspectives — highlighting the chaos of each battle — Soy’s characters seem, at times, to barely interact. Even in intimate, head exploding-type scenarios (yes, heads do explode), there isn’t always a sense of physical contact between each Kombatant, making some frames appear strangely static.

Since its arcade origins, Mortal Kombat has been notable for the extreme lengths it will go to give the player what he or she wants: hyper-graphic carnage. NetherRealm has even taken this one step further with the newest installment, introducing x-ray vision so players may see, up close, each fragment fly as bones break — a technique Soy has quite successfully included in Mortal Kombat X Volume 1.

But to read a story that doesn’t seem to have this same principle at its core feels somehow unfaithful to the original series, and to the characters themselves. Granted, classic Kombat fans are often more concerned with sucking out their opponent’s spirit than learning the motivations for their character’s rage. But this comic lacks the dark humor and unapologetic hyper-violence of the game series, and yet still doesn’t quite deliver on the promise of giving fans a sneak peek into each character’s psyche.