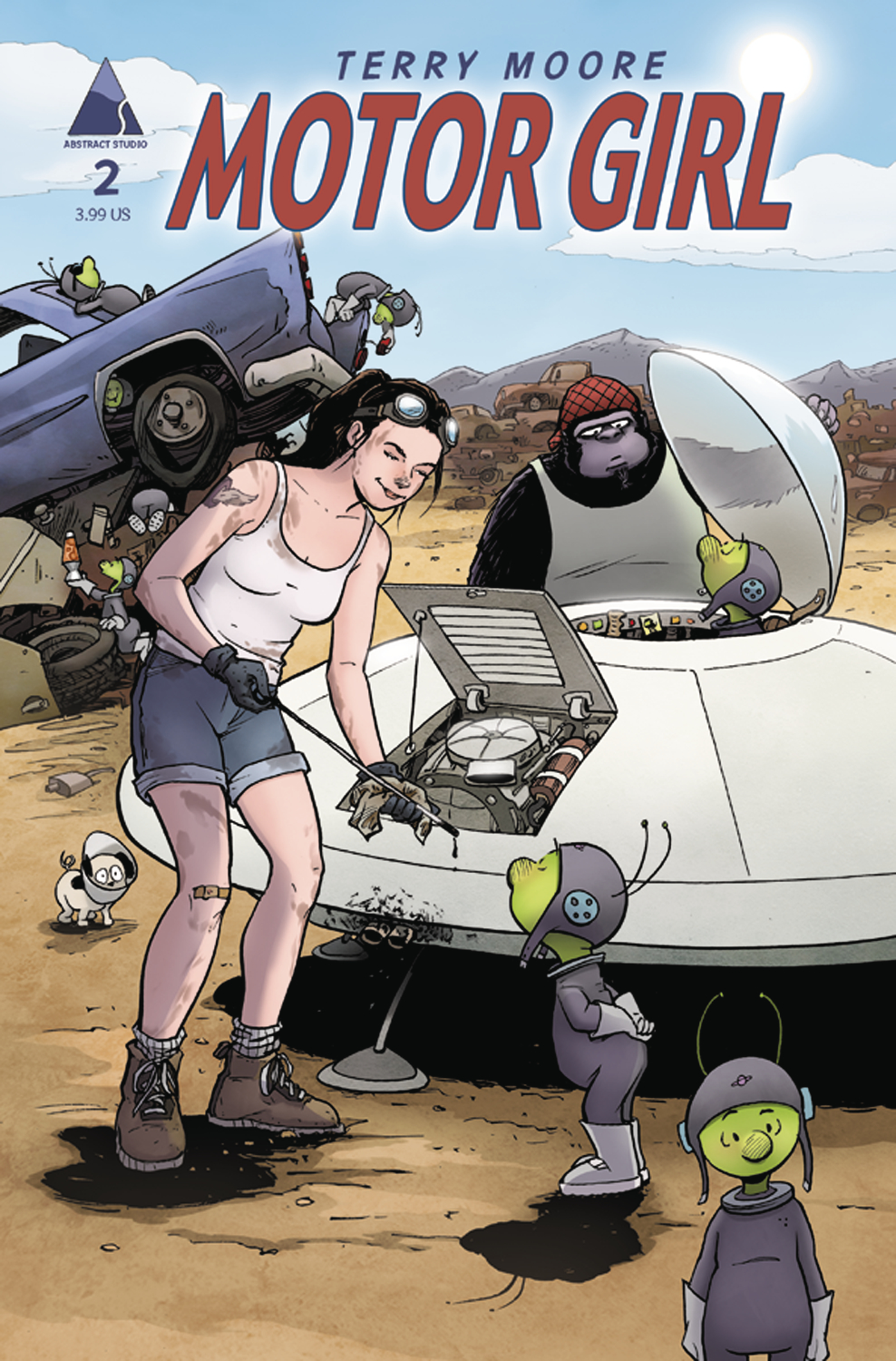 In a desert landscape filled with mystery and conspiracy theories, a young veteran finds solace in car scraps and delusions. But what happens when delusions start to become reality? Sam tries to work through what’s reality and what’s an illusion in Motor Girl issue #2!

Moore’s writing is impressive. One can tell he just has a great talent with the ease of how a scene can transition from an emotional connection to a comedic moment. There’s something extremely endearing to all the characters written in this comic, from the main character Sam to characters with the smallest roles like the men in black or the aliens. There’s instant chemistry between everyone in the comic. I think my favorite relationship, though, is the one between Sam and Libby. They have a fantastic rapport and I love how they support one another.

The art style is beautiful. I rarely see black and white comics these days and I feel like it’s a choice more people should make. There’s something mesmerizing about the choice. The character design is great and the aliens are especially adorable. I think my favorite piece of art from the issue is when a poor lizard minding it’s own business, sunbathing gleefully, is met with a tragic fate due to some reckless driving. There’s something hilarious about the death that also harkened back to Sam’s rant from the beginning of the first issue.

My favorite panel throughout the issue, however, is when Sam talks about a dream she had about her father. Sam leans on the door of her home, watching the junkyard in her pajamas with mug in hand.

“I had a dream about my dad again. I could hear his voice.”

The Gorilla, off screen, asks a question.

There’s this quietness to Sam’s reply. Something that feels nostalgic yet sorrowful in the way the reply is broken up.

This is really the scene that made me think “Oh wow. I understand why this man has won awards.”

Motor Girl is a treat. It’s this breath of fresh air in a sea of fast paced and serious comics. It takes its time to work through feelings, it allows the quiet scenes, and for that, it prospers and stands out. I highly recommend this comic.