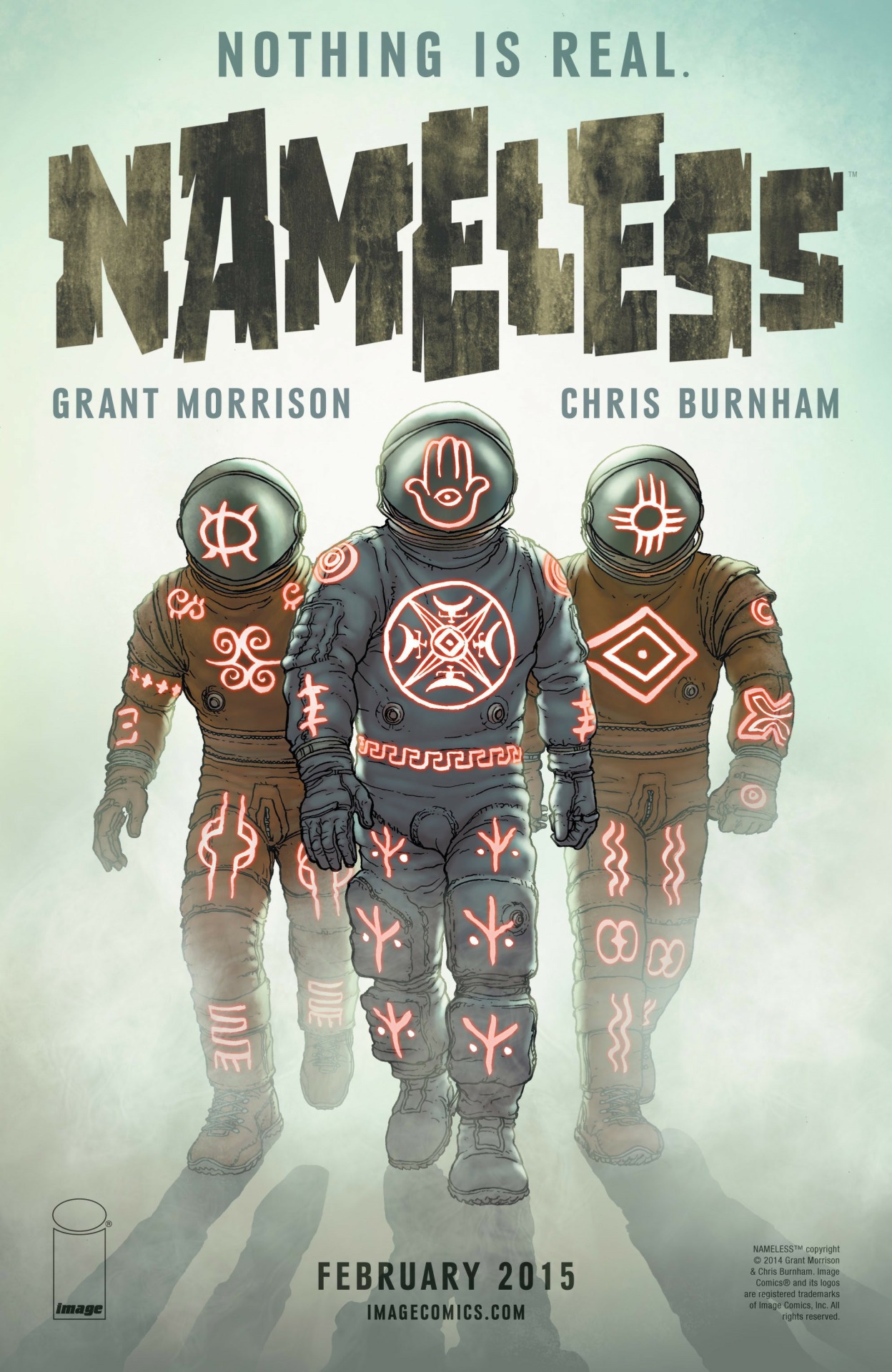 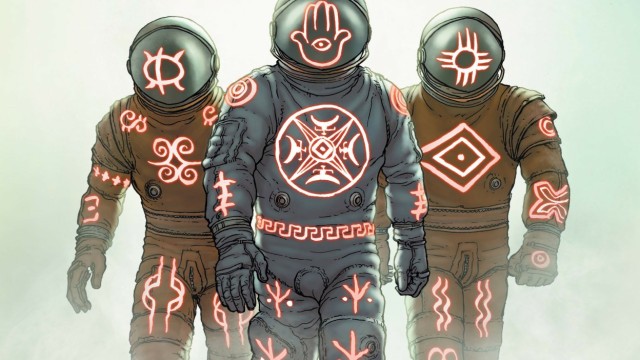 I’m what you might generously call a Grant Morrison super-fan. I have at least two long boxes full of single issues written by the gent. I own the complete Invisibles in three different formats — floppy, trade, and genital-crushing omnibus. If Morrison’s name is on a project, it’s an auto-pull for me at the local comic shop.

And I’ve got to stop it.

Nameless is a brilliant concept. Take the terrible things that happen in the world and instead of trying to make sense of them — experience them in their sheer horror — through a combination of dream, surrealist fantasy, and the type of graphic narrative only a comic book can provide.

But it doesn’t quite work for the same reason a lot of Morrison’s recent independent work doesn’t: too many steps are being skipped. It almost feels to me like trying to get to the solution of a mathematical equation without showing your work. It may be the right answer, but the writer here isn’t showing me how he got to it so that I can understand WHY it’s correct. And that’s troubling — for math and for literature.

We encounter a freelance agent who is moving in and out of dream to acquire an object for… someone… while being pursued by four… someones… and by the end of the issue, we know nothing about him, his pursuers, his new compatriots, or the mission he’s going on (except that it involves stopping an enormous asteroid from hitting the earth. Maybe.). If it was just a question of slow first issue set-up, that’s one thing. But with so many recent Morrison pieces taking this same underwhelming pace throughout their entire series (Happy!, Annihilator, and Joe the Barbarian are recent examples), I don’t have the confidence that the next three issues will be any more illuminating.

And that’s really different than the books from Morrison that really, really work. The Multiversity and The Invisibles. Books that are truly complex and blossom more every time you read them, but still have, at their heart, a story you get on first, second, or even third read. Nameless isn’t that.

What it is, however, is an incredible vehicle for artwork that could make your eyes bleed with holy tears, because Burnham and Fairbairn are producing pages you won’t believe until you see them. If you loved Chris Burnham’s art on Batman Incorporated (and who the hell couldn’t have?), consider that the mild salsa compared to what we are getting with Nameless.

The first thing you’ll notice, besides Burnham’s trademark exaggerated realism in faces and body language, is how perfectly he’s matching the page layouts to that sense of Nameless’ consciousness. As it’s being expanded by knowledge of the asteroid and its sheer scale, the panels literally expand outward like balloons. In his dream state, Nameless is moving between shifting parallelograms where you almost feel like gravity could fail at any moment. Scenes blend into scenes, or change sharply, and it all feels right and so wrong all at the same time — like every dream you have that you can’t quite remember later.

And the color work by Nathan Fairbairn is just sublime, giving every scene a certain amount of electricity and excitement, even while blending into a perfectly serene picture. In one scene, Nameless runs through a dream swamp as the unseen sun sets, and you can feel the temperature of the page drop as the palette slips from bright orange to deep purple right before your eyes. It’s magic and it makes the experience of the book sublime despite a fair amount of narrative incoherence.

If you’re looking for a visceral experience of dream and fantasy on the printed page, look no further than Nameless #1. Burnham and Fairbairn are delivering like you’ve never seen them do before. But just don’t come in expecting questions to the answers Morrison is laying out here. I think, for me anyway, too much of the genius (and there is genuine genius behind this title) never reaches the page itself.