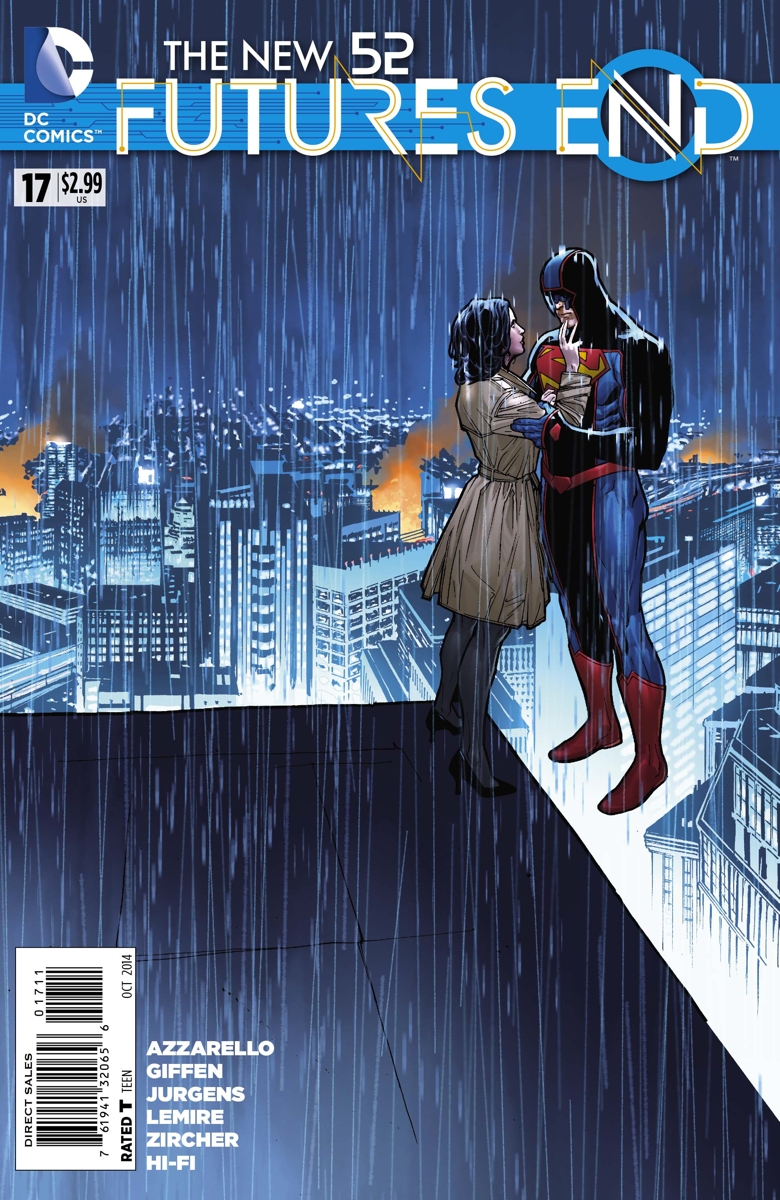 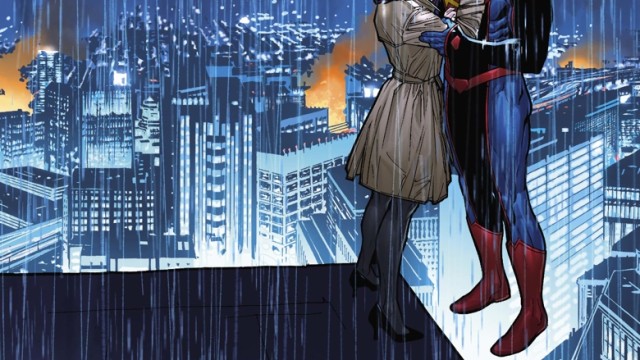 The first act of the Futures End saga wraps up with a bang, as the mystery behind the Masked Superman reveals itself in Metropolis, while John Constantine uncovers a brand new one in the heart of Africa. However carefully the world has been policed up until now, we’re about to see that balance explode. Welcome to the future of Earth 0.

As a spiritual successor to DC’s widely praised 52 weekly series, New 52: Futures End is doing a whole lot of things right. The writing team is working in strong synchronization, as, from scene to scene and week after week, the story flows seamlessly from one set of characters to another. You can almost feel how they are being drawn toward each other, and towards something… else. What that is, I couldn’t say, but its presence casts a shadow on the narrative something fierce.

With issue #17, we get to check in with Cole, Fifty Sue, and the Earth 2 refugees at Cadmus; the Masked Superman and Lois Lane in Metropolis; Big Barda and Emiko on the run; and Constantine in the Horn of Africa. All are seemingly on disparate missions, and yet, by the end of this issue, they all become somewhat strongly connected by one means or another.

We no longer have the sense that these characters, B-list for the most part across the board, are living in different stories, but comprise a nice corner of the puzzle that’s been laid down and fitted together on the table. It’s the perfect time for this sort of confluence, and for the inevitable reveal that opens up a whole new set of questions at the end. I think it’s safe to say, the condition of this world just got a bit more serious with the wrap of this issue.

And a bit more sexy too (you’ll see what I mean) thanks to the pencils and inks of issue artist Patrick Zircher. Zircher’s slightly harsh line is perfect to illustrate this slightly dirtier, rougher world we’re looking at five years later, but still holds a great three dimensionality to itself. Barda’s visage, Fifty Sue’s smirk, the Masked Superman’s sheer physicality — all rendered beautifully in dismal surroundings.

The world Zircher produces, reflected not just in the characters but in the weather and backgrounds of each panel, feels dystopian without being oppressive. It’s like waking up and realizing that in five years, everything around you is disintegrating so slowly you never noticed on a daily basis. You live in a hoarder’s hovel, except in this case, it’s the whole society of Earth 0 that seems to be getting squeezed out of its home, bit by bit — and nobody notices until it’s too late. It’s a really perfect atmosphere being developed here for the story.

DC’s weekly offerings have so far exceeded expectation across the board, and one hopes that Earth 2: Worlds End will prove to work out the same way upon its launch in October. In the meantime, Futures End is weaving a mystery that so far seems worth devoting DC’s theme month to starting next week. I may end up buying far more of these books than I anticipated. If even half of them can live up to what the core series has been providing week after week, we’re in for a treat next month.