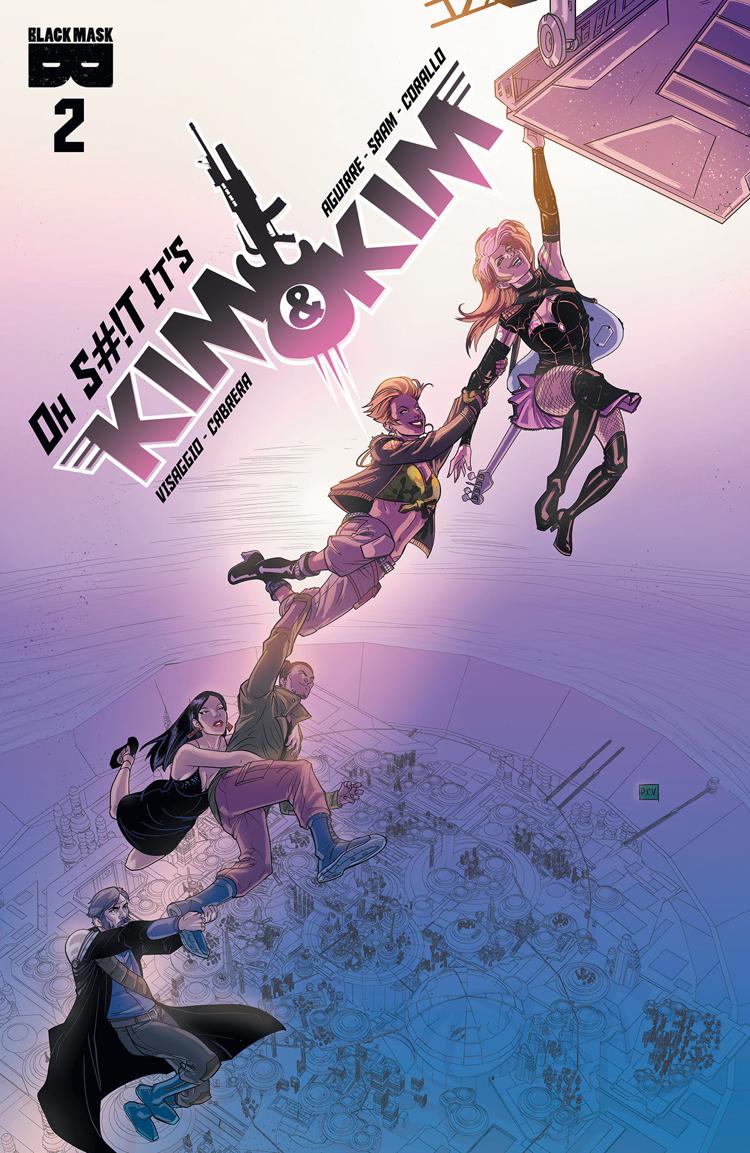 Kim and Kim are out causing havoc once more! In an attempt to distract the fantastically dangerous Xue Peng, Kim and Kim rob Kim Q.’s dad in this issue of Oh S#!t It’s Kim & Kim!

While I completely disagree with Furious’ stubborn misgendering of Kim, there is a basic understanding as to why he has trouble coming to terms with who Kim is and the name she has chosen for herself. It doesn’t make me agree with him, it doesn’t make me sympathize with him, but it does make me pity him for not being able to see that his daughter is the coolest person ever. It feels even worse because it’s not like Kim is dead to him, he still loves his child, he just can’t compute who Kim has become. And I find that even more heart-wrenching than if he broke ties with Kim completely because it gives this glimmer of hope to Kim for possibly rebuilding their relationship, even if she’s not looking to do so in this issue. The kind of hope that is just out of reach is vastly more painful than having no hope at all.

I love the art in this comic. Kim & Kim has great action sequences and I especially loved the fight sequence Xue has while cornered in a hallway by goons. I love the fake mustache section of this comic. Everything is always better with fake mustaches, and Kim Q.’s shenanigans make it even more amazing.

I also love the loud colors used throughout the issue. The violently bright pinks that shade the Kim & Kim comics always adds a breath of levity as well as a punk rock feel, which helps lighten the mood of the series, especially in this issue. I appreciate that.

Read Oh S#!t It’s Kim & Kim. Oh my gosh, please, please read it. Read all of the Kim & Kim comics. They’re all so good and more people should read them.