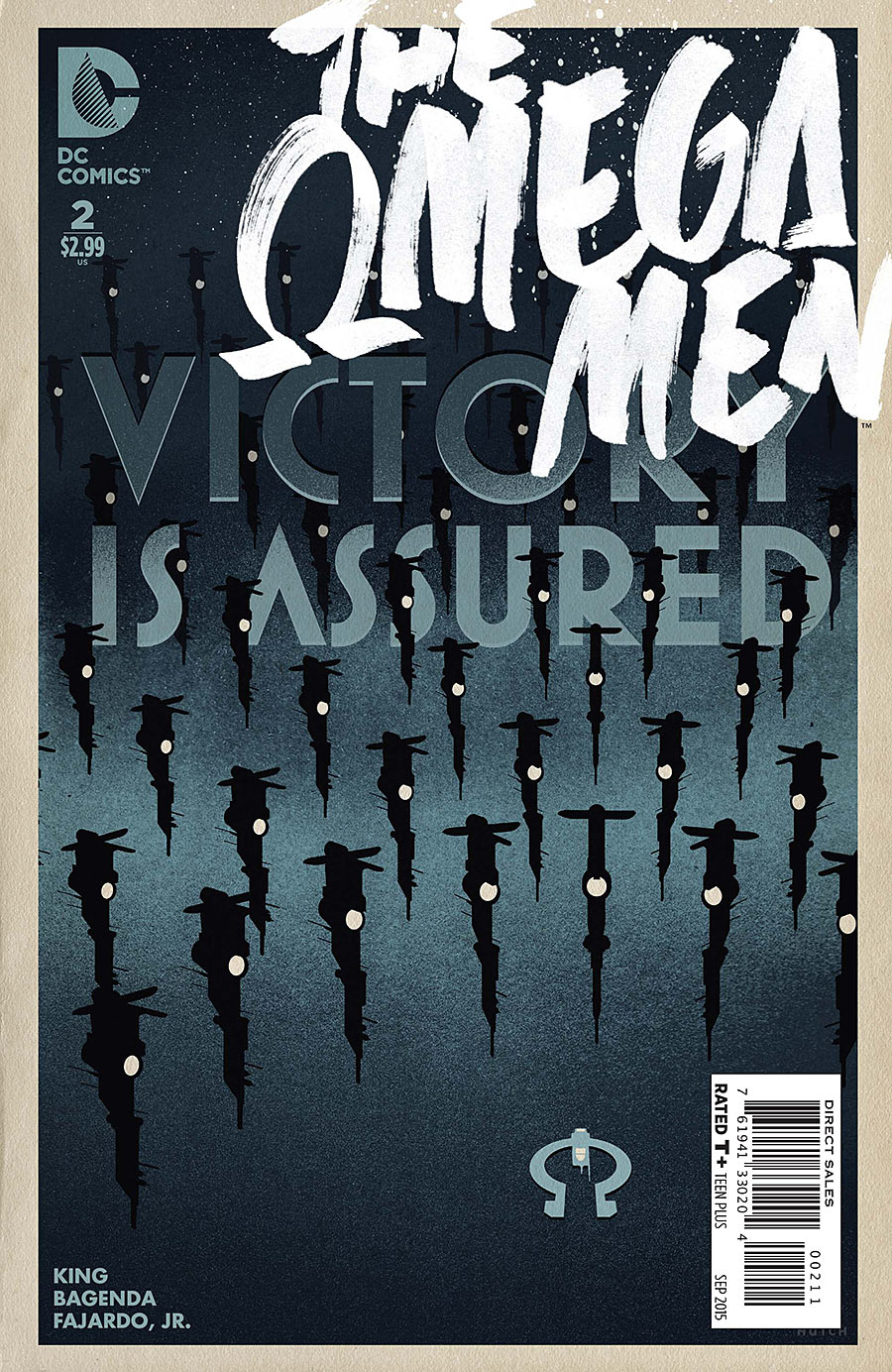 Kyle Rayner is a prisoner of war in the center of the Vega system. He’s just had a stopwatch bomb implanted in his neck. And whether he likes it or not, he’s now an Omega Man.

It’s an interesting thing to take an existing character out of his element and mix him up with a radically new circumstance. If you were worried that Kyle Rayner was murdered, then I have good news for you. But if you were concerned about what would happen to a lone Green Lantern when all of his colleagues disappear and he ends up stranded in the middle of a warzone, then maybe you need to sit down for a second or two. Because things have gotten a little rough for Kyle, but it’s also the start of what seems like a much richer characterization for a guy who doesn’t really have much of a place in the DCU anymore.

Contrasting Kyle’s Catholicism with the native religion of Primus’ planet is a smart introduction to one of the underlying motifs of the book. We’ve so rarely seen any super-heroes exhibit the practice of any religion, so King’s re-invigoration of this aspect of Rayner’s history and ethnicity is welcome. It’s easy to forget that Kyle is in fact biracial with a Latino father and Irish-American mother, but having him recite the Lord’s Prayer in Spanish is a nice touch (if not a welcome retcon) in bringing some of that culture forward.

It’s still a little unclear what the Omega Men’s end game is as yet, although that’s what makes the title tightly connected to so much of the world stage today. Are the Omega Men terrorists? Are they freedom fighters? Who’s to say who the good guys and who the bad guys are? And that sense of uncertainty, particularly in scenes between Primus and Kyle, makes for a really compelling read. King clearly is taking some of his background and using it to provoke questions we rarely consider when watching Star Wars or reading The Invisibles. I mean, their name is on the cover. So the Omega Men must be the good guys, right?

Bagenda ushers in another strong issue with a grid structure that’s a little more variable than in previous stories, but still solidly rigid. This sort of standardization of the page into 9 quadrants makes for a less action-oriented pace, but gives the reader some room to really get inside the dialogue and implications of what’s happening planet-side.

For a book about war, we rarely get to see the fighting or violence itself — only the bloody, bloody aftermath. And as far as that goes, Bagenda and Fajardo’s depictions can get downright gruesome. But carried out selectively as it is, these scenes don’t overwhelm the narrative at all. If anything, they punctuate, leaving the reader much more disturbed.

A fascinating series on a slow, enticing burn, Omega Men is proving itself the sci-fi equivalent to the latest fleet of war stories evolving out of our conflict in the Middle East. King, Bagenda, and Fajardo may be creating religions and alien worlds from scratch, but the root of their storytelling definitely hits home the deeper you dive.