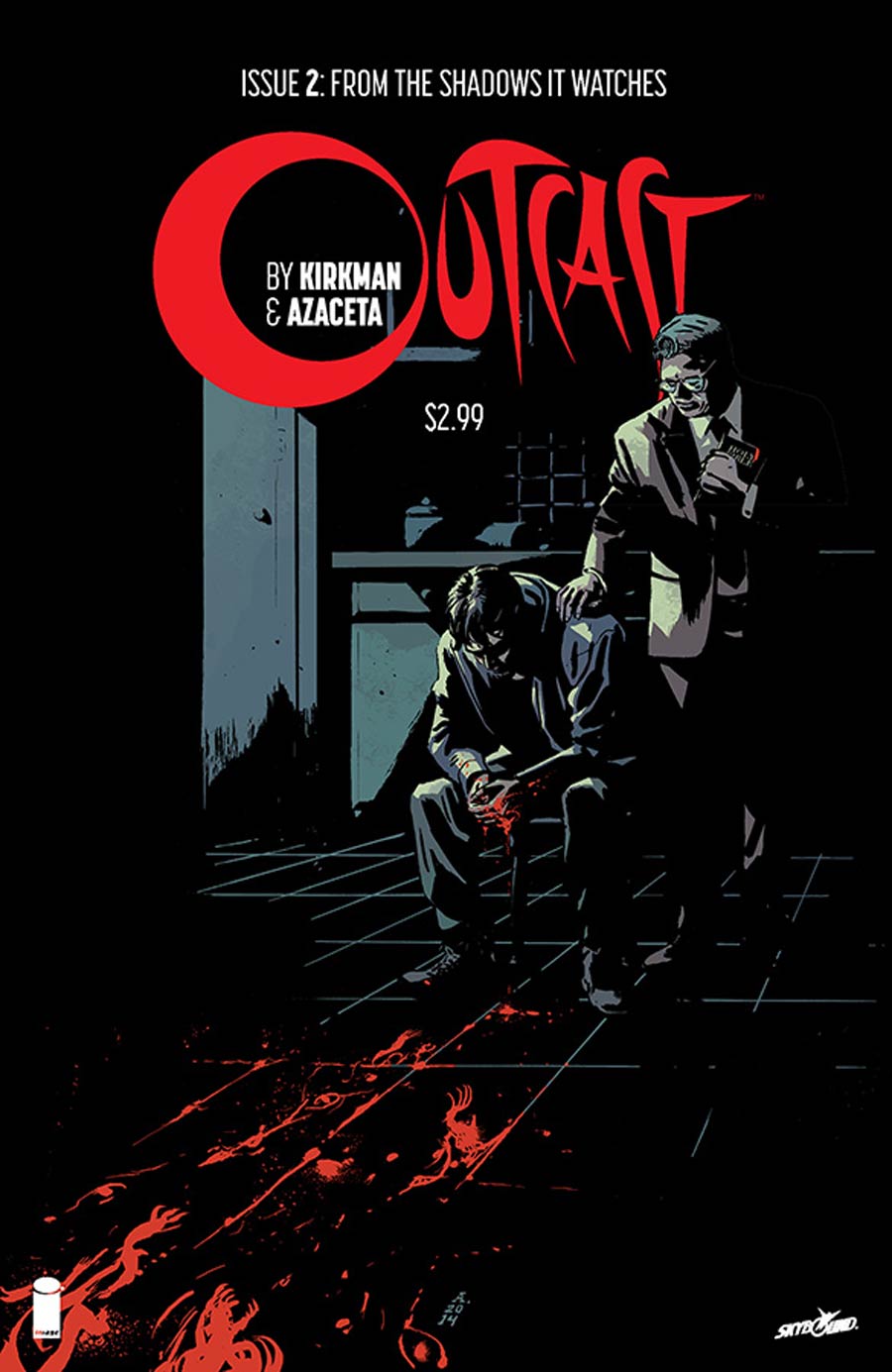 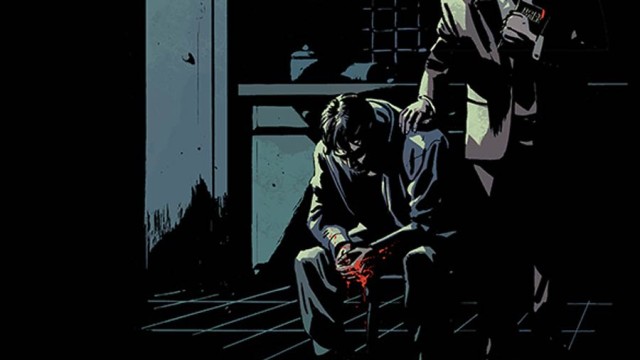 Robert Kirkman’s had a lot of pressure given his most recent endeavors. Pressure has been mounting since the monumental success of The Walking Dead, that it had many critics wondering if Kirkman had much left in the creative department to create new and exciting titles that could aspire, match, or even succeed what The Walking Dead had established.

Outcast is one of the latest additions to the Skybound line with Robert Kirkman on writing duties and this time he’s accompanied by artist Paul Azaceta. Last month was a great appetizer for reluctant readers as we were graced with a double-sized, debut issue that featured 44 pages with no advertisements and at the regular $2.99 price point. This allowed for enough space in a debut issue to amply set the scene, tone, and plot of the story.

The story follows the main character named Kyle Barnes, who has had his loved ones plagued by demonic possession his entire life. From his mother, to his daughter, to his wife, his sister, his brother-in-law — each person has been affected in some way by the acts of demonic possession and are trying to cope with it somehow. It all relates back to Kyle in some way. Kyle has had to deal with the pain and self-doubt of it since childhood and has trouble believing it himself, that an old reverend has to do some reluctant convincing to him. Clearly something is out to get him, but why him?

What this second issue does very where is encapsulate just how well Robert Kirkman is at character studies. In a world of comic books, where the moments of hyperbole, extreme threats, or monstrous terror continually dictate the pace and actions of our protagonists, Kirkman figuratively stokes the fire a bit in this issue to try and help us understand the motives behind the cast he put on display.

From the first pages we are presented with some brutally honest dialogue of Kyle cathartically seeking some sort of absolution from his comatose mother in the hospital. While “confessional scenes” are a bit of a trope for exposition in most mediums of fiction, the rendition presented here is a much more genuine experience because not only does the dialogue read as authentic, but Kirkman and Azaceta are conscious to make sure that we have the cold cutaway panels to the mother’s comatose face and allow the reader to soak in a bit of its gravitas.

This sort of meticulous exposition and careful juxtaposition goes on for the rest of the issue, and while some might say that the issue seemed brief, there is exceptional execution in the details. These details that Kirkman provides are enormously expanded when Azaceta applies his artistic touch. There is minimalism in his style, but it is very effective at capturing nuance and expression.

Elizabeth Breitweiser’s colors are poetic in their schemes, making sure there is an aesthetic in each panel and background colors that are congruent with the emotion featured. High action scenes or tension scenes are paced with reds and oranges, while solemn scenes use more grayer and warmer tones.

What was impressive in this issue is Azaceta’s storytelling abilities and how he lays out his panels on the page. Not only does the story flow naturally on the page, but he effectively employs a smaller focus panel within his larger panels or between the gutters of panels to call attention to a certain aspect in the scene. Normally a storytelling device like that can tend to get gimmicky or slowly interrupt the reader’s natural ability to read a comic book. What Azaceta executes in Outcast #2 never detracts from the story and almost subtly present the reader with something that can be likened to a brief cinematic cut that many artists in comics can’t always execute effectively.

I’m hesitant to call this issue a slow burn due to the lack of plot-driven progress in this issue. We learn so much in this issue about Kyle’s relationship to his mom, to his sister, to his brother-in-law, and even what is looming upon the town in 22 fast pages. What Outcast thrives on is being a horrifically palpable, character-driven story. It’s putting relatable people in dire situations and slowly crafting a something that makes you pay attention when something happens and ultimately care about it when it does. I’m in.