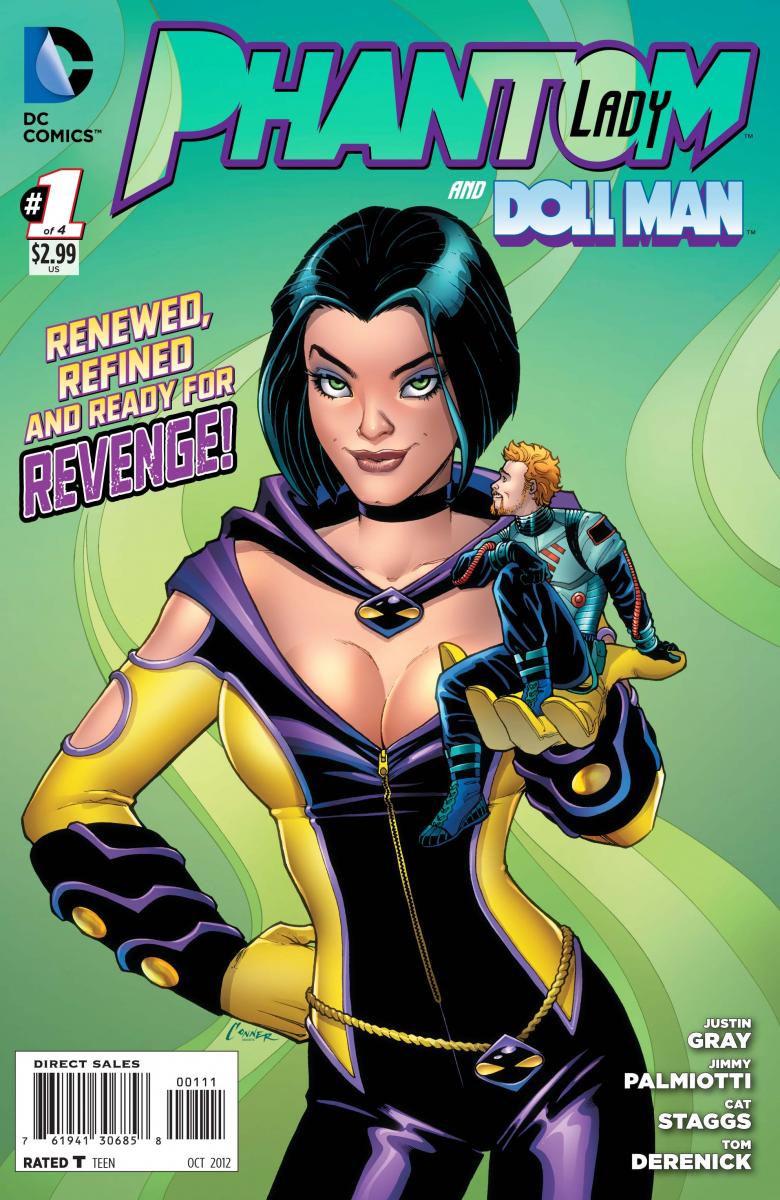 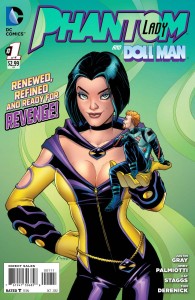 Jennifer Knight and Dane Maxwell are quite the mismatched pair. She is the reckless writer, looking to avenge the brutal murder of her parents. He is the cautious scientist, tinkering away in his lab, pining for her. Together, they are Phantom Lady and Doll Man, powered up to take down the crime family ruling the underbelly of Metropolis.

As a reinvention of beloved Quality characters, Jennifer and Dane do quite well to reinvigorate some old concepts with a much more realistic motivation and origin. Phantom Lady is not at all the sultry pin-up girl of the past, which may disappoint some old-time readers, but that aspect of her personality isn’t outright ignored. We are introduced to a woman who is attempting to use sex as a wedge into the door of the underworld, but unlike in so many clichéd stories, she’s not particularly successful as a result. One thing leads to another, and Jennifer gets in more trouble than she bargained for. Unfortunately, it leaves her character seeming not particularly smart and a bit directionless. One can only hope that this condition is set-up by writers Palmiotti and Gray for a turnaround in later issues.

Where Phantom Lady does come off magnificently is in an opening sequence, although that brief moment in costume doesn’t outweigh some of the other shortcomings in the issue. The interaction between Jennifer and Dane falls a little flat, with him acting simultaneously like a lost puppy and a reproachful father. That said, the origin of Dane’s condition as depicted here is curious, and leaves me wanting to see how he gets from point A to point B, both literally and metaphorically.

Unquestionably, however, the interior pencils by Cat Staggs — and cover by Amanda Conner — are a brilliant treat. Staggs’ layouts in the brief introduction to Phantom Lady in costume are incredibly dynamic and make great use of different points of view. So often, comic panels are only drawn looking across at the subjects, but Staggs’ shift in viewpoint from above or below makes each page much more interesting to walk through.

It may be a slow start overall for the mini-series, but there’s plenty of room to grow. I’m glad to see DC committed to this family of characters, as The Ray mini-series was one of 2012’s rare reinvented gems. One hopes that this series, when complete, stands up as well. I definitely see the potential.