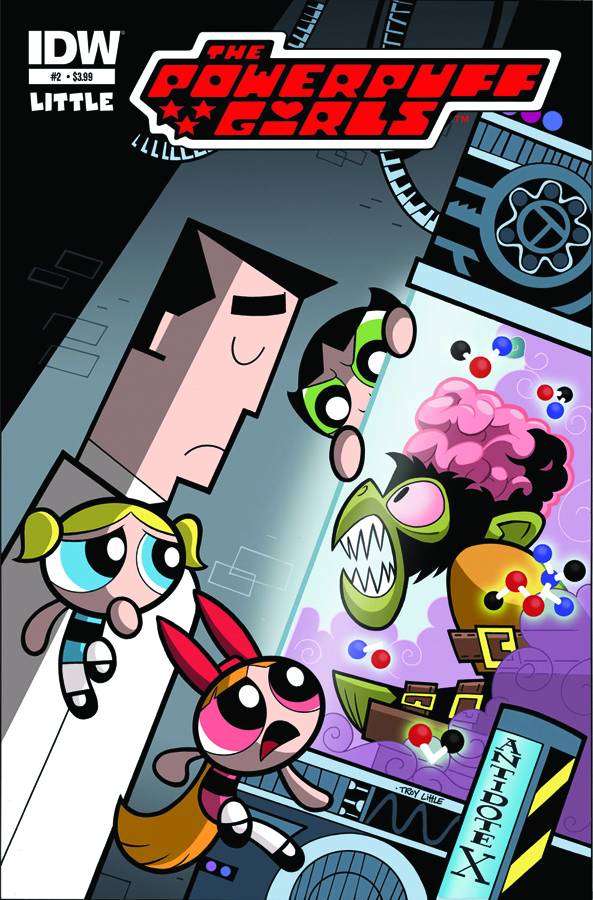 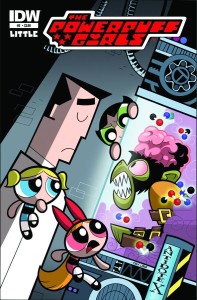 Mojo Jojo is taking extreme measures to deal with his villainous failures, and is about to be usurped by HIM as the most villainous rival the Powerpuff Girls has ever seen.

After a somewhat slower start to the Powerpuff comic franchise, Troy Little packs everyone’s favorite baddies into one book. However, instead of Townsville being overrun by building breaking fights, our trio of heroes is faced with a twist that only HIM could give them. For those who are not familiar with the devilish villain, HIM has been known to use psychological means to undermine the girl’s confidence, prey on their fears or at least give them bad oral hygiene.

As always, Little’s art feels right at home with the style originally set by the Cartoon Network cartoon series. The story does a great job of not being heavy handed on the exposition but giving enough information to make sure new fans can keep up with what is going on. Of course, watching the cartoon always helps you to keep standard voices of characters in your head, not only of each of the girls, but the narrator, Mojo Jojo and HIM. Little also takes the book a step further with having the narration add humorous breaks, in a more than standard story that takes somewhat of a dark tone at the beginning. From Dead Man Walking to Star Trek and on, there are tidbits hidden for adults throughout the story.

The overall theme of the arc is revealing itself, with “forgiveness” being thrown around. Part of the hesitation with issue one is that a theme wasn’t exactly clear from the beginning of the series for this arc. Having an identifiable lesson at the heart of the story is helpful, since a moral was always around the corner within the television series. Of course, leave it to Little to leave you waiting for more at the end of the issue. That means it’s not clear just where this lesson is headed or if it will stay the same.

Due to this, there seems to be an extra layer to this issue, where the first issue seemed more straightforward in reintroducing everyone to Townsville. That being said issue two still has an appeal for both an audience of children and new fans and those looking for the more subversive.