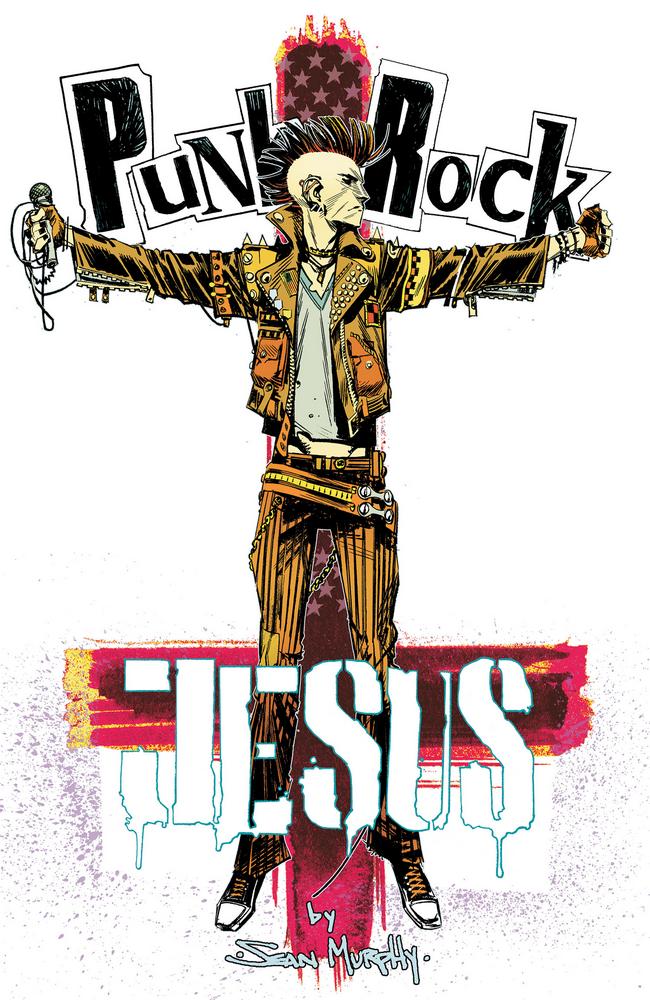 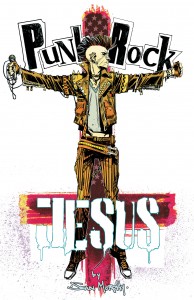 Sean Murphy’s controversial mini-series comes to a turbulent and violent conclusion, which is only fitting considering the journey Murphy has taken readers on so far.

Murphy wraps up a lot of story in this issue, putting a bow on a lot of different ongoing plot points. In this issue there are a few reveals that may shock some readers and also some back history that effectively shows what is driving McKael and how he became the man he is. Murphy pulls no punches with his scripting in this book, attacking the controversial subject matter head on and with full force. He gets a lot of storytelling accomplished in this book with very fast pacing and a lot of information on each page, but they never feel bogged down in dialogue. Pages are at a premium in any comic and Murphy makes solid use of his. He does an excellent job balancing the action in the book with the quieter moments, the moments that focus on the political aspects of the story he is telling, which makes both parts of the book all the more effective.

Now….the art. Murphy’s art is really the star of this book, and tells more story than the dialogue ever could. His art is raw, visceral, and enraged: full of emotion and powerful and in its storytelling capabilities. The art in this comic is so strong it pains me to think of his recent tweets contemplating leaving comics, and drives me to pick up his upcoming book with Scott Snyder even more. I’ve never been a fan of black and white comics, but somehow it suits Punk Rock Jesus, as I think any colouring would tone down the raw edges of Murphy’s pencils, thereby muting the effect of his art.

What struck me as I was reading this comic was just how “punk” it is. This feels like an indie punk album transformed into the comic medium and I applaud Murphy for getting that feeling across. This is quite an end to the critically acclaimed mini-series and while it is not material for younger readers or the faint of heart, it is a very well crafted comic. Murphy does not hold back even though he is in controversial territory, and the story is strong because of his candor. Punk Rock Jesus is definitely a book that I expect to turn up awards lists come Eisner time.