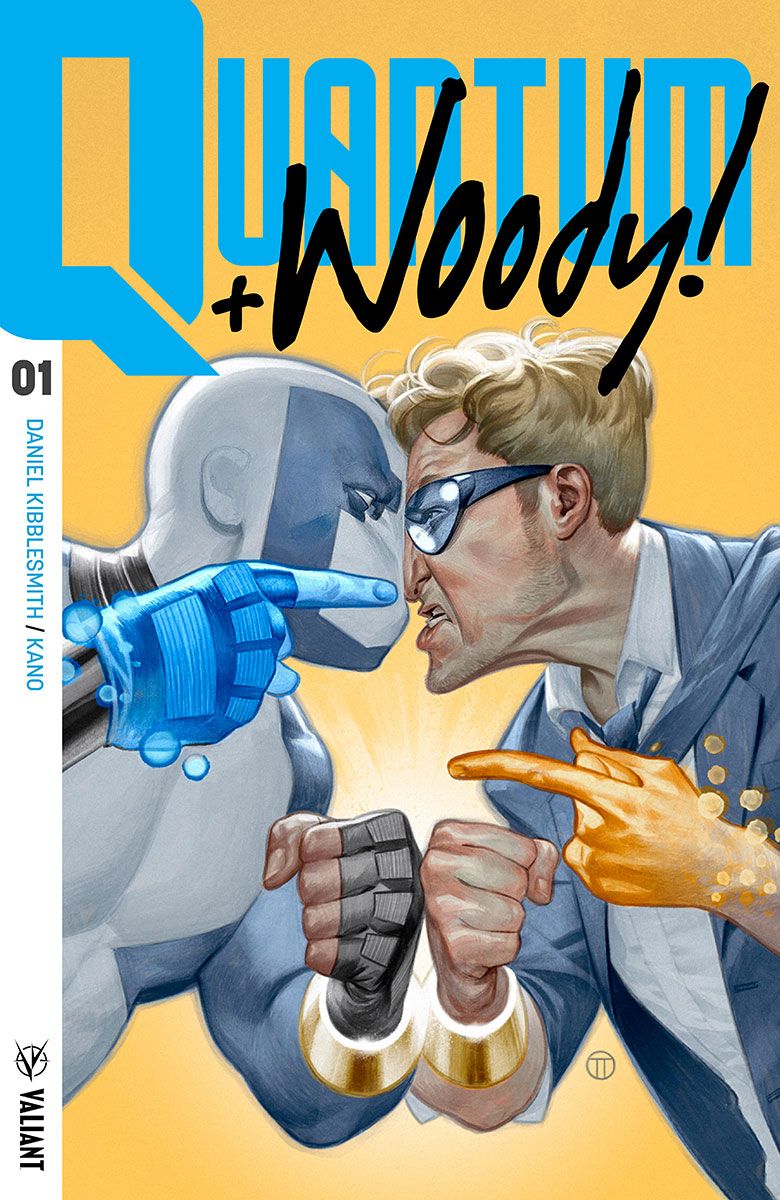 What would you pay for your freedom?

From childhood to the present, Eric (Quantum) and Woody have been two sides of an adventurous coin. Even with their disparate personalities, they still try to look out for each other. That is, until a rupture becomes manifest in their relationship, driving them to different places in their bond.

Daniel Kibblesmith’s focus on the brotherhood between Eric and Woody is a major selling point for this story. By the end of this first issue, we see where their problems likely stem from, as well as the fact that even though they are imbued with superhuman abilities, they still succumb to the pressures of daily living. Rather than being famous capes, they find themselves bound by familial responsibility or substance abuse, major elements that drive a wedge between them.

Kibblesmith’s asynchronous storytelling does pique my curiosity, but it also is structured in a way that can make the first issue feel confusing. There’s a lot going on to the point that this style of storytelling is somewhat offputting. I do like that there are questions which seem vital to the story, but I’m just not sure about their delivery.

Kano’s style is a good fit for this cape story and its primary narrative. Both Eric and Woody are able to do extraordinary things, but the plot is firmly grounded in how they relate as brothers, so the reduced emphasis on the superheroics better allows for drama to unfold.

Two areas in particular are a great example of Kano’s talents: the use of dynamic panels during action scenes and the 12-15 panel pages that showcase the two brothers in a powerful though mostly silent conversation. These moments are great for breaking down scenes to either infuse dialogue and plot or explore the emotional impact of conversation.

Quantum and Woody #1 is beginning a process of exploring the complexities of family life, from adoption and brotherhood to how children form relationships with their parents. There are so many feelings driving the ship of the story and seeing them unfold looks to be both revealing and evocative. The structure of the comic lends to some issues with the story, but there is also something in this first issue that provides ample threads to explore in subsequent installments.