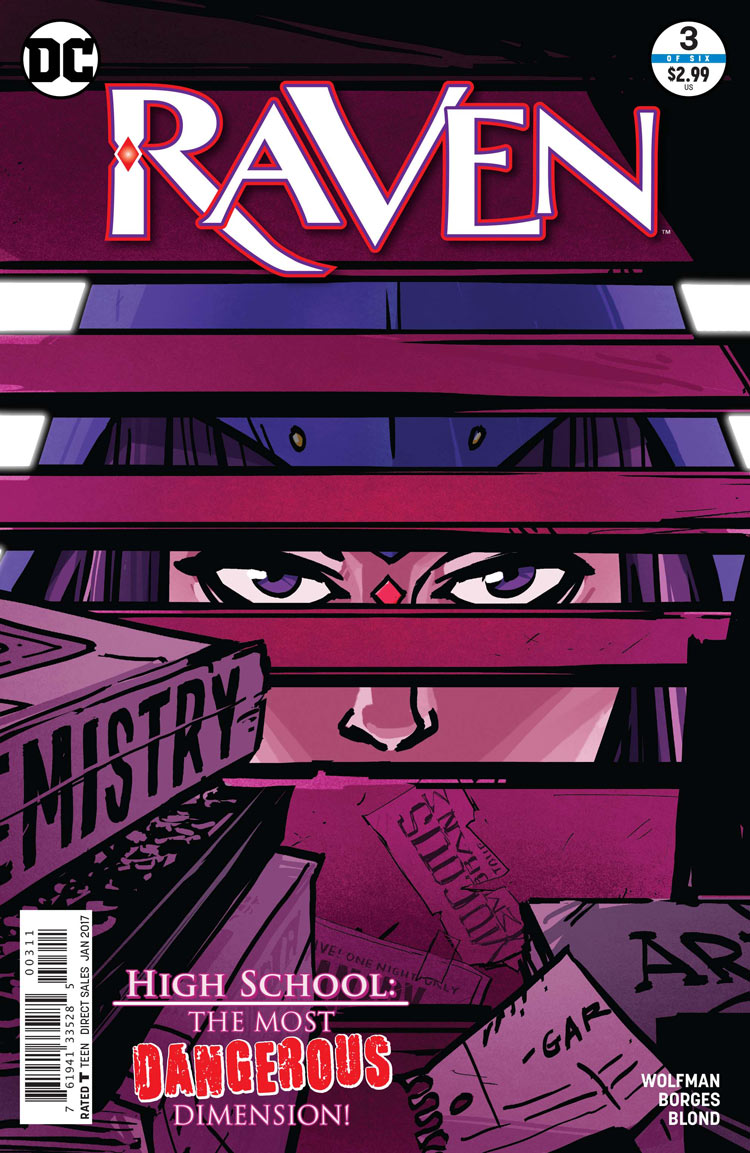 This comic is fun.

That was the predominant thought I had when I finished the issue, filled with the right kinds of darkness and humour to do Raven justice. Marv Wolfman, obviously, gets who Raven is, and the speech eccentricities he puts in her dialogue are absolutely fantastic. This character is charming and dynamic and Wolfman utilizes her quirks amazingly.

I will admit that my first introduction to Raven was Teen Titans GO!, so while this character isn’t as overtly comedic as everyone in that cartoon is, you can see the core of her here. She’s a teen with a vicious intellect that brings mayhem with her, and that’s just a fun core concept for a character. She’s also immensely powerful and extremely capable, which I appreciated, as she’s challenged in the issue but never shown as being weak. She’s been put in a situation that is completely unique to her character and is dealing with it in a completely-Raven way, which is very fun to read.

Borges and Blond give Wolfman’s strong writing a lot of life with their explosive, bombastic imagery. Borges captures the brooding, dark aspects of the character well and Blond’s bold colour use leaps from the page. There are some inconsistencies in Borges’ penciling throughout the issue, but his dynamic style makes up for it as he delivers some amazing splash pages featuring Raven unleashing. She’s a powerhouse and when she cuts loose that needs to be represented properly, and Borges does not let her down. Blond’s colour work adds the added punch to those splash pages, and the palette filled with purples and dark blues sets a great tone for Raven #3.

All things considered, Raven #3 is a great middle-of-the-arc issue that moves the story along nicely. Wolfman’s writing is excellent and Borges and Blond live up to their end of the bargain, delivering a rock-solid issue that fans of the character can enjoy.