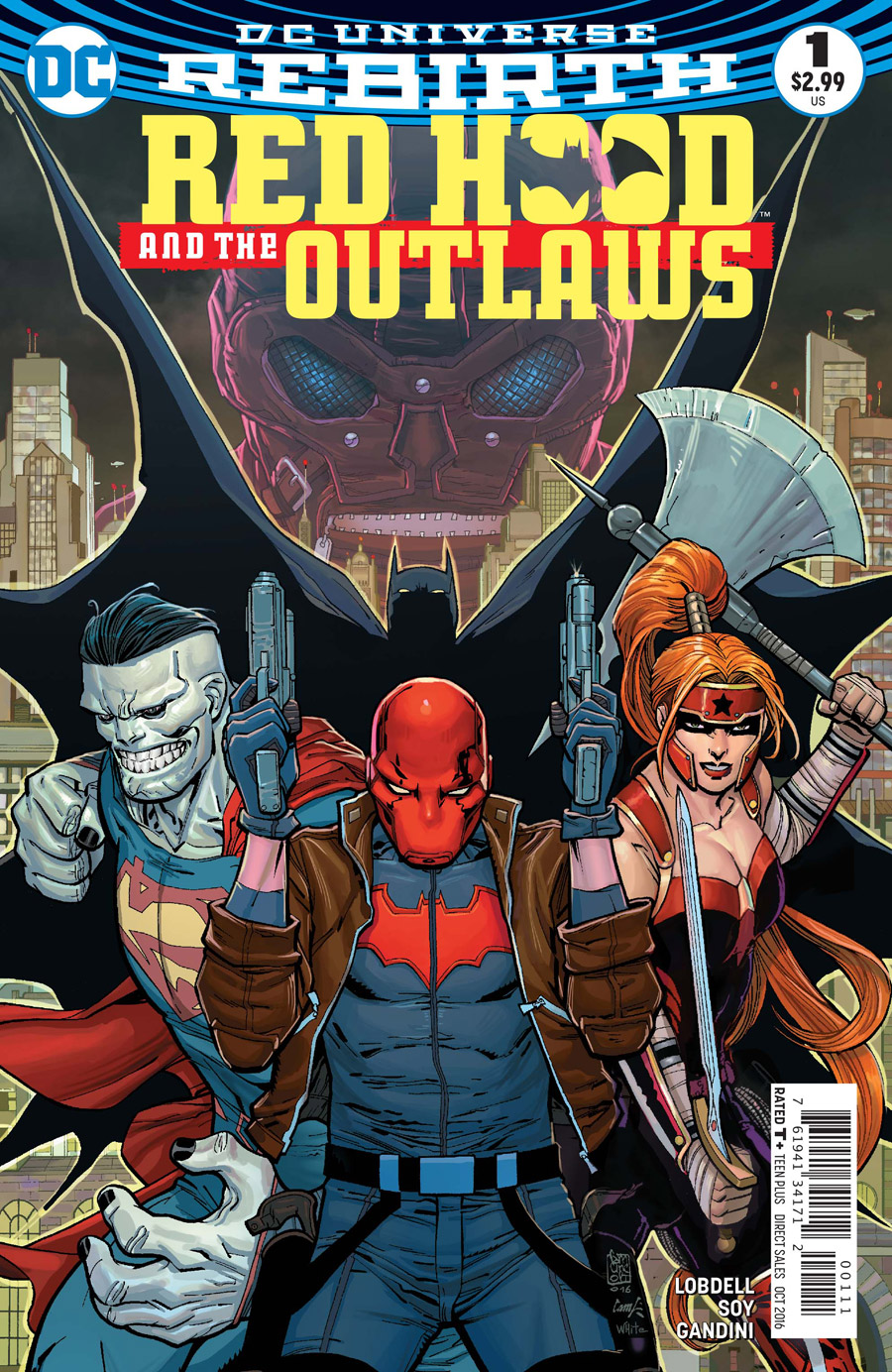 Derail a train, find an amazon.

Jason gets a nearly literal blast from the past in his new mission to take down the Black Mask. While playing the common double agent gambit, he finds that working with a gang is going to violate his own ideals as well as those of the Bat’s. As he gets close to a potential answer, Jason meets an adversary who will prove both troubling and difficult.

Red Hood and the Outlaws #1 is weirdly interesting. While evocative and compelling, it is not quite what I foresaw in a story or series with Jason Todd as the central point. Jason’s actions in this world feel different than his typical portrayal, which could end up working out. Until then, readers may have to suspend their disbelief and stay on for the long haul with a sense of hope and faith in the story.

This first issue moves slower than I expected as well, with the surprise appearance of a certain character providing the foundation for a cliffhanger. While the story works to some degree, I almost feel as though it’d work better for another character rather than Jason.

Scott Lobdell’s Red Hood is not quite the one I expected. This Jason is one who seems unfamiliar, though this is not completely bad. To be honest, I like the hero emphasis of the anti-hero existence, even considering the Jason Todd in many people’s memories would tell Batman to shove it at even a hint of direction.

This change will lend to a new type of storytelling for the character that leaves the wanton violence and murder he’s been known for. With that in mind, I am curious as to how Lobdell is going to develop Jason as a different kind of vigilante, especially in the company of Artemis and future Outlaw teammates.

Dexter Soy’s knack for detail makes adds a spectacular flair this action-packed inaugural issue. I admire the amount of attention paid to specific features in characters, but also in many of the shots of Gotham throughout the issue.

I love Veronica Gandini’s gritty portrayal of Gotham City. Whether in the main story or the flashbacks, Gandini’s work matches the tone conveyed by Jason’s inner monologue and the events of the story. This dark palette works well with Jason’s foray into a seedy criminal underground.

Where I feel Gandini’s work truly excels is in the flashback scenes. These gray, monochromatic panels include striking red images which highlight subtle elements in scenes packed with action and significance.

For a first issue, this isn’t a bad setup, though it relies on a departure from a character with a rather firmly established personality. People can change, but I wonder if the changes were so drastic that it takes away from the spirit of Jason Todd. Still, this story could turn into something beyond the superhero double agent thoroughfare. It’s worth reading, but the more interesting parts appear to be coming later rather than sooner.