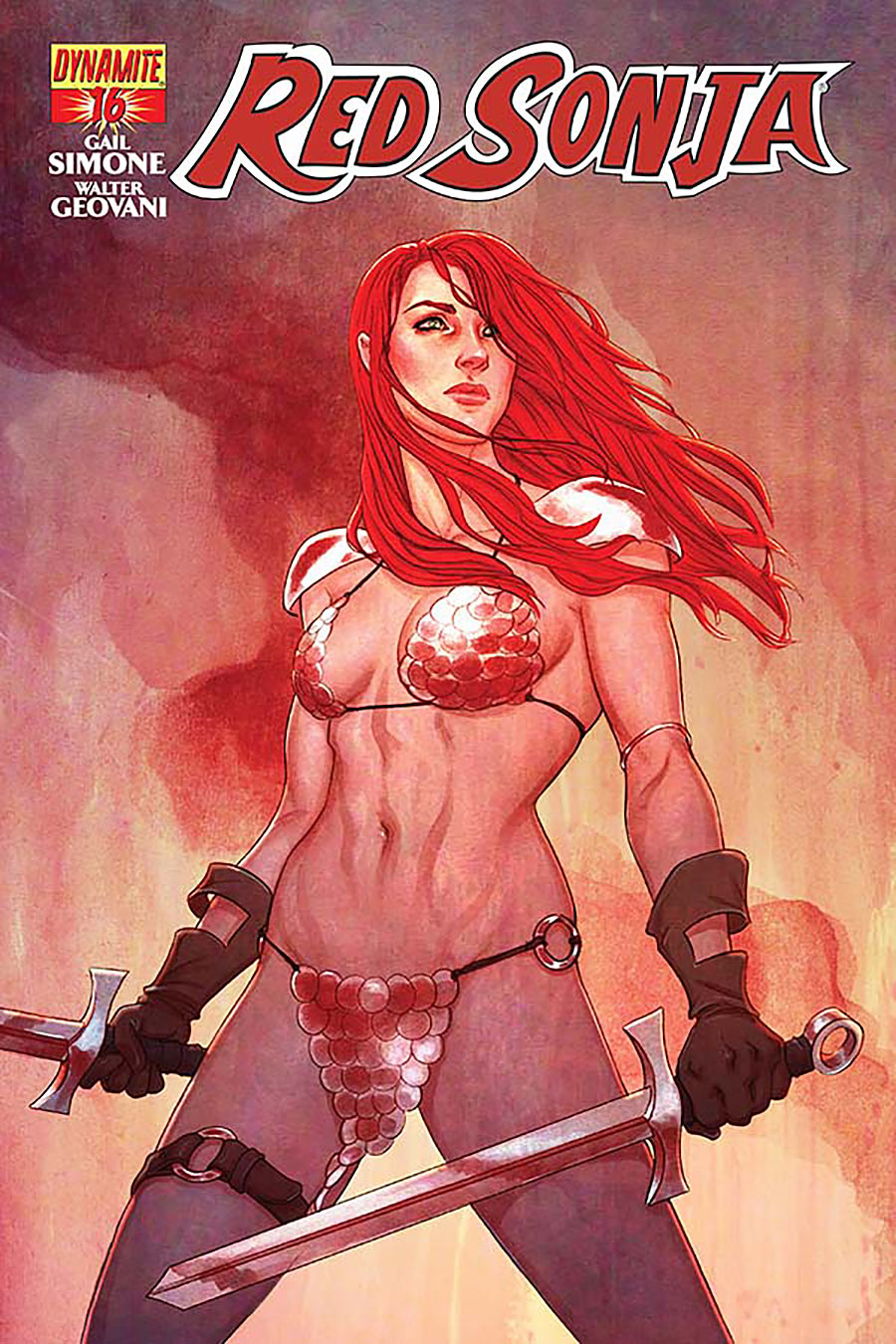 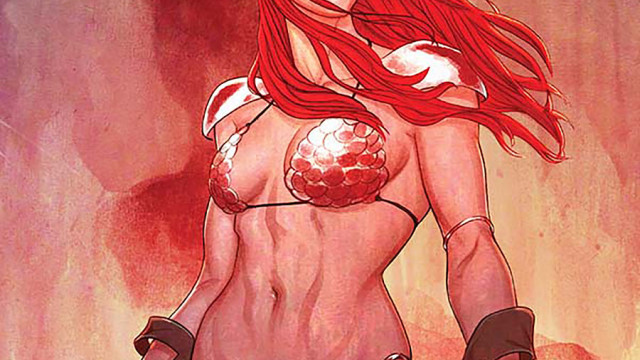 The Death (and Life) of Red Sonja.

It’s really as simple as that. With one issue, Gail Simone wraps up her run on the character’s solo title and gives readers everything they need to understand just who Sonja is, what motivates her, and what her journey has led her to. It’s a grand undertaking — particularly for a character so many comic fans (myself most of all) have only a cursory knowledge of — but Simone infuses a shocking amount of humanity into a woman whose greatest feats have been to fight to kill.

Barbarian drama has definitely not been my genre of choice to date, and I’m not sure it ever will be again, if I’m going to be completely honest. The realm of fantasy it inhabits has never quite reached me as a reader. But this series, and #16 in particular, has. And that’s a pretty stupendous accomplishment on its own. But when you take into account the deep character work, Sonja’s personality and motivation, everything down to her speech pattern and hedonistic flair — we’ve gotten something to marvel at here.

The fight with death, both literal and metaphoric — from Sonja’s belligerence to her friends’ prayerfulness — is a great microcosm of what Simone has infused into this title. It’s almost an easy conflict, that is, one with a sense of ease to it. And you realize by the end that everything Sonja does, from drinking to battle to protecting cities from danger, it all comes with a psychological ease that is about knowing oneself deeply. Physically, Sonja has been pushed to the limit (to death even), but emotionally, this is a woman who is more secure in her identity than any other character in comics. That’s damn refreshing.

Walter Geovani knocks this final issue out of the part, giving us both pencils and inks that reinforce this idea of Sonja’s ease with her own fate. The smirk he draws on the barabarian’s face — it says so much about who this woman is and how to locate her confidence. All the expressions throughout, from Sonja and her friends, make this issue what it is. If you never knew anything else about this woman with the flaming red hair, you could understand who she is simply by looking on the faces of those around her. She is reflected back in the most sincere way possible. Pretty stunning.

The figure of death is of course stunning, and seeing her up against the Red Devil herself is thrilling. This is in no small part due to the colors. Andrade’s palette performs at the highest caliber, adding a boldness to the confrontation, but also a richness to the remaining scenes of the book. Throughout, the reds pop (as they should), maintaining Sonja’s life energy on the page, no matter how dark or gloomy the surroundings. But the glow around death is something that few colorists would think to add, and it does so much to set her up as this being of immense power.

A beautiful ending to an adventure I never knew I wanted to take until I was already on it, Red Sonja #16 is the perfect completion to Gail Simone’s time on the Red Devil. Yes, we get to see much more of the writer’s take on the Barbarian over in Swords of Sorrows, but for now, this is a strong finish to a lovely run. Red Sonja, we hardly knew you — until now. And I’m so glad we’ve had this time together.