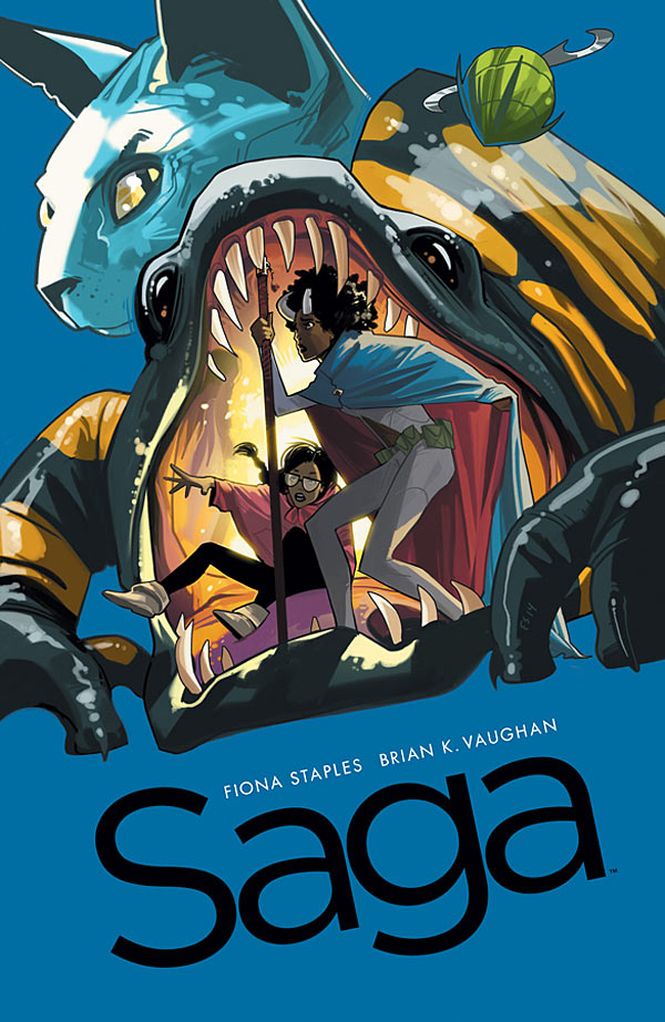 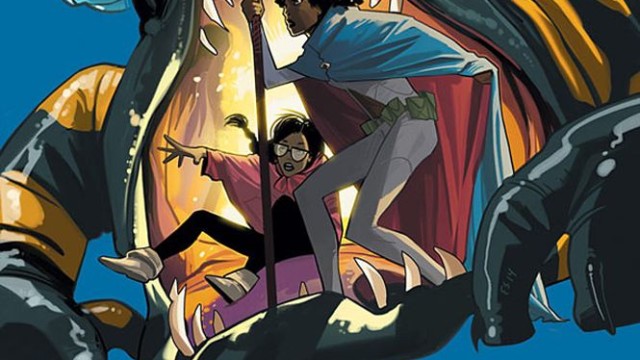 Issue #26 opens with Marko and a hold up in a convenient store. The violence that erupts over the first few pages stands in contrast to the brightly colored setting and sets the tone for the remainder of the book. Tense throughout, we see Alana forced into an alliance with mercenaries, and Gwendolyn fighting dragons.

As each struggles with the consequences of the choices they have made, I don’t think it is unfair to say that Saga has now reached the point where it’s hard to imagine that anyone will be afforded a happy ending. The lines between who is right, or good, have been blurred to the point where every character is now operating from deep within the grey area.

There is something very real about what Vaughan has created and it’s relatable in a way that science fiction rarely is. With authentic sounding dialogue that does not rely on faux-scientific terminology or neologisms, and a story that runs so much deeper the most, Vaughan has done more than bring his characters to life, he has made us care about them, all of them.

Fiona Staples’ art is incredibly expressive and her character design and world-building are like nothing I have ever seen before. The subtle changes she has made to the characters appearances as the story has progressed has added so much depth to the storytelling. You do not have to have been reading to see that these people are struggling to hold themselves together. Marko and Alana especially look so tired. They look like they are on the verge of breaking.

Issue after issue, Saga continues to be one of the most engaging and heartfelt stories to grace the shelves. Although clearly on a mission to break our hearts, I feel as though we are in safe hands with Brian K. Vaughan and Fiona Staples, and I look forward to seeing where this arc takes us.