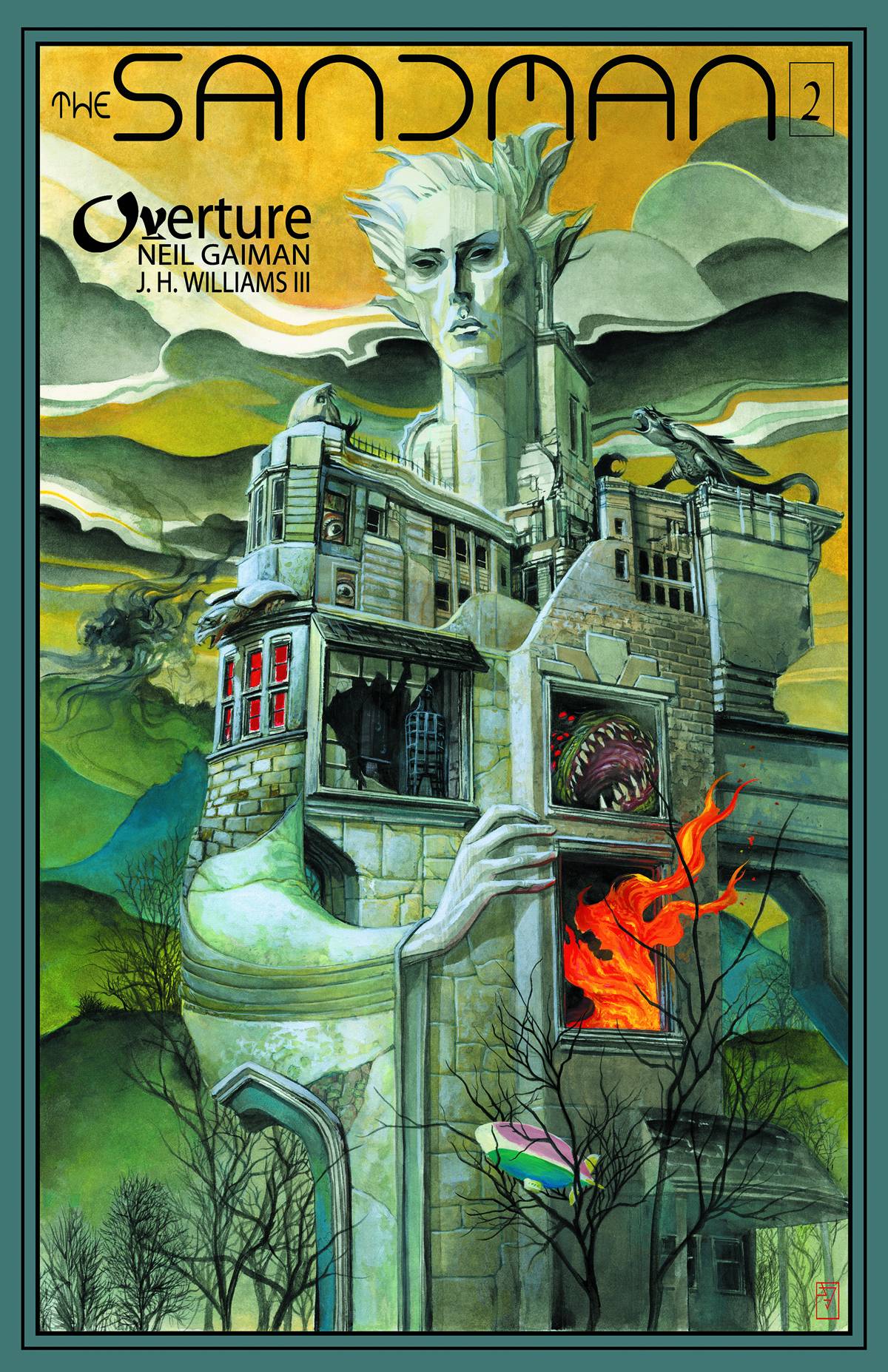 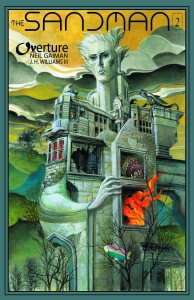 Let’s get this out of the way first: if you are reading Sandman, you are signing up for some obtuse storytelling. Neil Gaiman is not a super-hero scribe. Even when he’s tackled Batman or the Marvel Universe, his work is not straightforward comic fare, and could be metaphorically described as wandering through your own city, deliberately getting lost when you thought you already knew where every alley or doorstep led. Gaiman isn’t interested in getting you home. He wants you to sleep in a weird — maybe even uncomfortable — place for a night, and learn something new about yourself and your surroundings in the process.

Accordingly, Sandman: Overture #2 is spiral narrative at its finest and most confusing. We know Dream of the Endless. He’s part of our cultural heritage as comic fans now, and yet, we don’t know him, really. And that’s frustrating from a fan perspective, delightful from a creator perspective, and difficult to rationalize from a critical perspective. Unless you can just sit back and let what shall be, be.

So, as far as the storytelling goes, that’s where I’m at. I accept that I don’t — or can’t — understand this story from a straightforward, linear perspective, yet. I accept the obtuse references to things we will likely see resolution on, but for now remain a mystery.

What’s plainly true about this issue, however, is that the artistic rendering of Gaiman’s ideas — however mind-bending they may be — by J.H. Williams III is quite frankly unapproachable by excellence we’ve seen in comic form to date. Every single page is a lavish experience of dream on the page that no artist paired on this franchise could even begin to touch creatively. And that is saying something, because Sandman has had no shortage of exceptional talent illustrating its tales.

Each sequence has a slightly different flavor to it, from the labyrinthine nightmare rooms of Daniel’s talk with Mad Hattie to the nearly paisley-like construction of the bathing blue woman in the stars. And yet, no change feels abrupt or disjointed, as if the dream itself is shifting the reader’s perception as she or he moves through the issue. We’ve all seen Williams’ exceptional work on Batwoman, but this comic eclipses that as near as Batwoman eclipses most titles. The ability to combine every version of Dream Gaiman could devise on a single page, and have no part feel out of place or alienating (unless it’s meant to, of course), is truly a feat in itself. Combine that with pages of glorious transitions — and a subtle balance between soft painted details and crisp panel window edges — and you have a series of masterpiece pages that no admirer of the medium can pass up.

Sandman: Overture may not be the clearest story and it certainly carries the weight of a narrative that boasts of its own self-importance to a degree, but its lusciousness and sheer visual beauty cannot, and should not, be denied. Take it like a dream itself: powerful and complex, but fleeting. Because artistry like Williams’ on this series does not come but once in a great while. Perhaps even a lifetime.