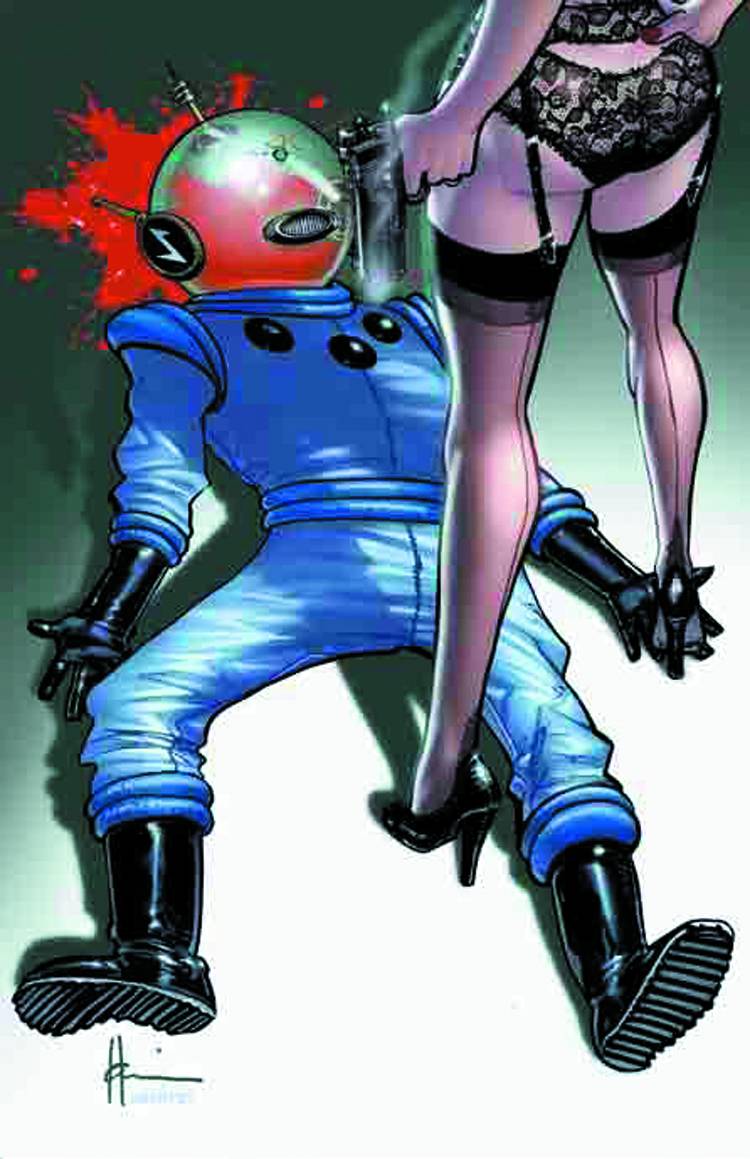 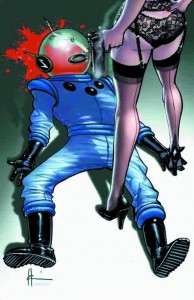 Matt Fraction’s work has this habit of hitting on themes or act as love letters to broader messages. Many of his Marvel books have been hitting on the non-traditional family (FF) or looking through the world from another’s point of view (Hawkeye #11.) With Satellite Sam,  you have something completely down to Earth and human, despite it being about a live 1950s television show set in space. This fully immersive dive into the early days of live television is wrapped up with almost a noir styled mystery. Murder, racy photos and a who-dun-it all await those who read to the end.

The story centers around a studio in the middle of a live broadcast with their lead actor missing. Of course, guests with money are also at the door, watching. Fraction’s attention to historical detail as studios fought to gain more airtime and the involvement of the FCC and the bigger networks is woven in seamlessly. History junkies are going to lap this story up, comparing the details of the book to what actually occurred.

Chaykin’s art, while very reminiscent of the style used in Black Kiss II, is a tame, almost family appropriate story when compared with that book. The pin-up photographs that grace the inside cover of the book (both beginning and end) as well as the apartment scenes, are gorgeous. The black and while panels immerse you fully in the time of live black and white television, and the regular clothing (on and off the show stage) is true to the 1950s.. His work is the perfect fit for this tale and works in harmony with Fraction’s story direction.

Another thing that Fraction nails is the television booth lingo. The shortened phrases, the elimination of nouns and the constant cursing could make those who have experience in this type of environment (news or television) have grin-inducing flashbacks. Of course, this means there is a slight chance that this could put off or lose those who do not work or have experience in such environments. If you’re tempted to get lost, or bored, just know the characters are most likely talking about time, their missing actor and complaining about random technical problems.

I say all this, because, the cliff hanger at the end is what makes this whole book worth it. This love letter to classic 1950s television leads to a build up of the real plot, which will be nice to see take center stage in issue #2.