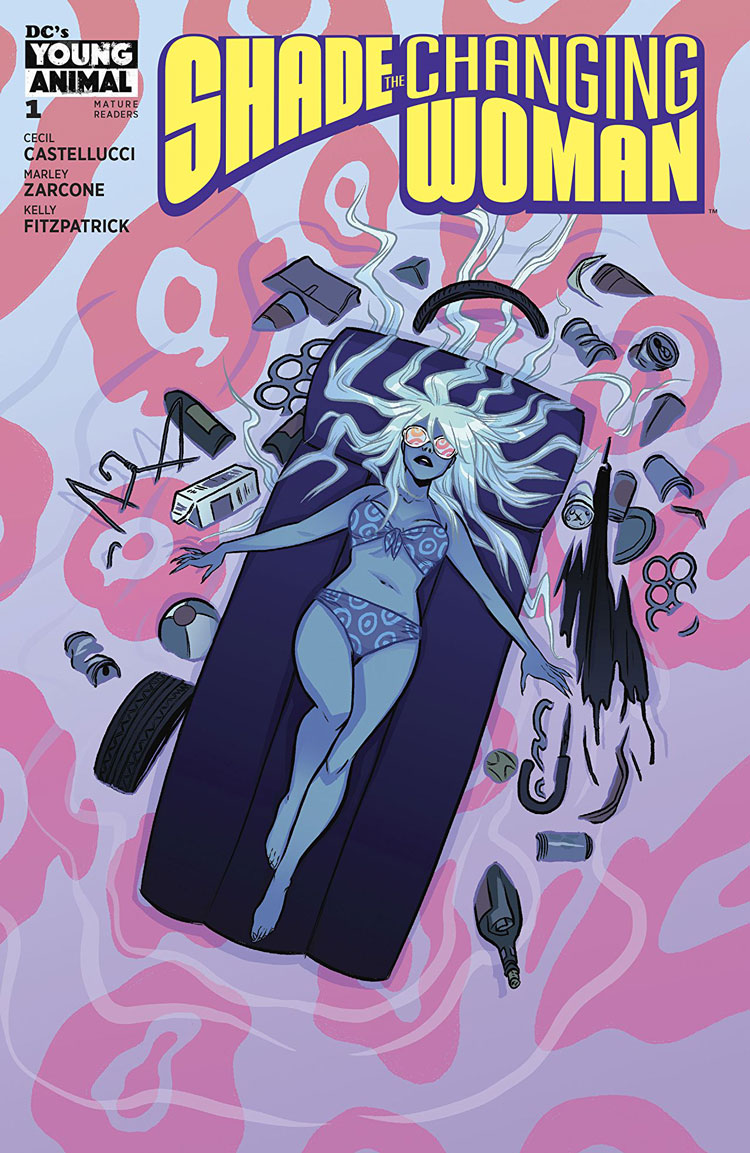 I was pretty excited about DC’s Young Animal imprint, because I was a huge fan of Gerard Way and what he did with My Chemical Romance and later, his comic The Umbrella Academy. But I never actually got the chance to read anything in the new line, until I saw that the new first issue of Shade was up for grabs!

My favorite thing about this issue was the colors by Kelly Fitzpatrick. HOLY SHIT, it’s like Alice In Wonderland, but if that was on acid. It’s so bright and colorful, its almost distracting — but truly, it’s so perfect in what they lend to the story. The story by returning writer Cecil Castellucci follows Shade, who has just come back to life. The comic goes back and forth with the Limbo that Shade visits while she’s dead, and on Earth as she adjusts to her new human body.

I also like Marley Zarcone’s art in this issue. It was very cartoon-like. I loved the think lines, and it’s cleaner — not as sketchy — as other comics I’ve read in the recent past. I definitely want to learn more about Shade’s limbo world. I want to know who the person in the funky coat is, and I want to learn what happened to her Avian body, and whats next for her.

I definitely love a cliffhanger in an issue — it’s much more likely to make me interested in the next one, as it has here. I just really overall enjoyed this issue. It gives you different glimpses into Shade’s past and present — and I would love to see that future.