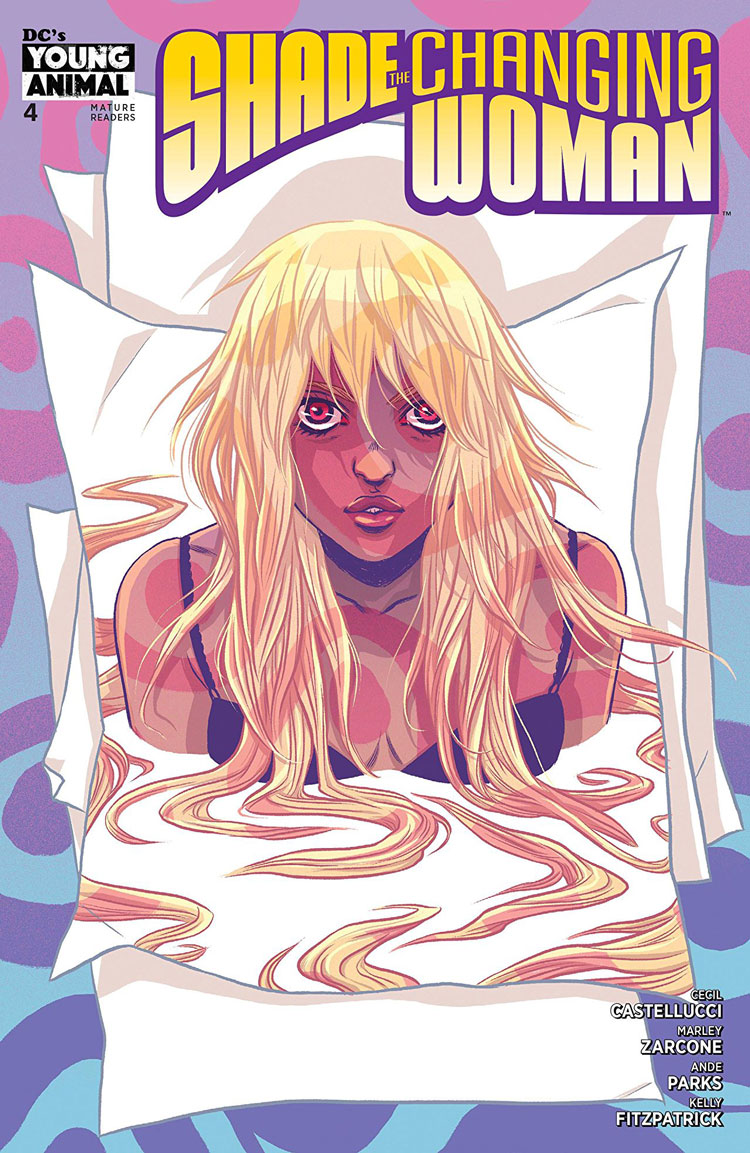 “Oh, my nightmare. You’ve grown. You’ve evolved. You’ve changed.” Darkness looms over Shade and her friends in this issue of Shade the Changing Woman.

Castellucci, as always, has done a fantastic job. I love that how this sequel series in general has evolved and become more so a talk of philosophy within our universe and how contemplations on the universe flow smoothly into poetry. While this issue wasn’t heavy in Rac Shade and Shade interactions, the feeling of watching the universe as if displaced from it is still there and powerful.

There’s a lot of good in this issue, but I think the scenes with Gan and Wes are my favorite. I find Gan and Wes’ relationship to be the most fascinating of them all. There’s something in Wes that understands, in some way, that Gan is Megan. He’s never questioned himself due to this relationship with a man, he’s never pushed Gan away because of it, and even while he explains that he needs to focus on his goals, he doesn’t say he can’t necessarily be with Gan. I like the surprising security Wes has in himself and who he loves.

The art, as always, is wonderful. One of my favorite pieces within this issue is pretty early on, this transition from the realm of Madness to reality. A large rainbow spreads like the parachute game covers on the ground. The sky above it is delusions from the Madness, abstract depictions of real childhood horrors and planets. It blows up like a mushroom cloud, the lower half of the page’s sky a blanket of stars, the rainbow bottlenecking into the red Shade wears, blooming into a lit up madness flower once it stretches down to the earth. It’s a grippingly psychedelic creation and a great way to transition.

While Zacone’s art is fantastic and creates the abstractions within the bizarrely beautiful comic, it would not be as impactful without Parks’ and Fitzpatrick’s colors. Madness is half a seeping of rainbow hallucination that seems to take in anything in its path almost like a wandering blob monster and that wouldn’t be as jarring without the coloring work by these two.