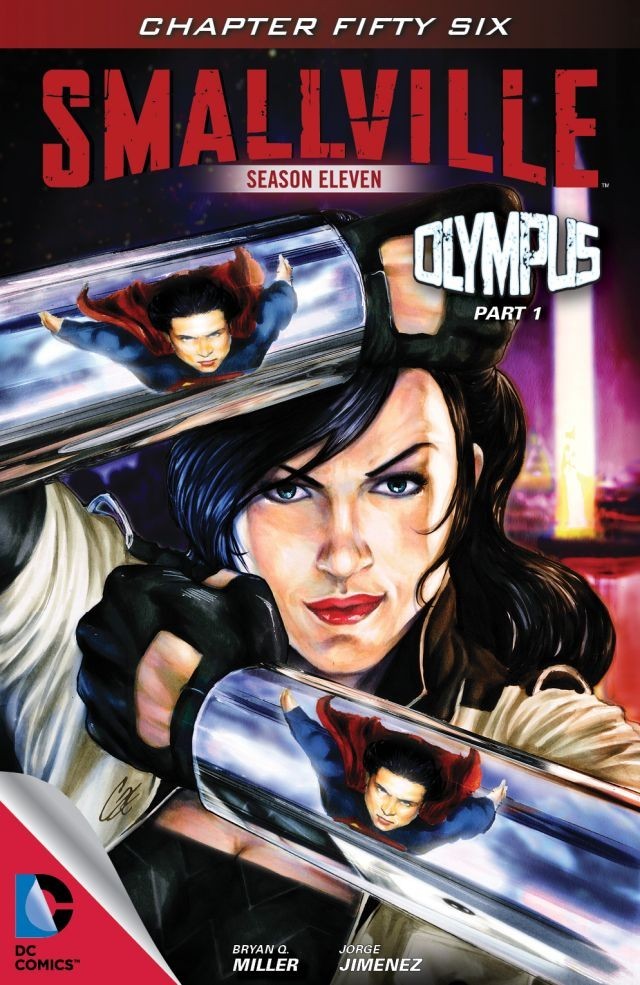 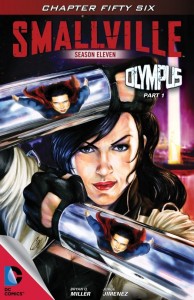 With a new episode, a new digital cover comes with it and Cat Staggs is continuing her amazing work. This cover featuring Diana in a classic pose is one of my favorite hero covers that she has done.

The second episode of the digital series, “Detective” introduced The Caped Crusader to the Smallville universe — a demand for several years during the show’s run by a large portion of the fans. Now, time to introduce another big DC character that fans have been waiting for, as “Olympus” introduced us to the Amazonian princess, Diana of Themyscira aka Wonder Woman.

Issue 56 was more enjoyable to me for a reason I wasn’t expecting: this introduction of Diana, her first meeting with one of the most important people in her life, and her demeanor as a young hero felt like a teaser that you would see in a live-action adaption of Wonder Woman.

Personally, it wasn’t expecting to see the introduction of Diana being done this way, but it worked. Without exaggerating too much, if movie producers are looking for a way to pull off this character on the big screen or at least find a starting point, I strongly recommend to check out this issue. What Miller did felt like a teaser that would work for a Wonder Woman movie. Was it absolute perfection? Of course not, but is this a first piece of a bigger puzzle that could ultimately work? Yes it is.

With the introduction of this character, some elements from her world comes with it. The way that Miller did it was fun to read — and without giving it away, the ending of issue 57 was even more intriguing. The antagonist in this episode is someone that I’m not quite familiar with so it will be interesting to explore the character a lot more. While the readers are introduced to some new characters, some old favorites came back as well. While issue 57 had a “Smallville-digital-series-ending”-feeling to it, the return of a certain fan favorite made it almost feel like a TV episode of the show, as a result of how Miller wrote the scenes.

It’s not a bad thing when you can make one of these comic issues feel both like the next step in Clark’s life — which is BEING Superman — but also have that nostalgic feeling to it. It was beautiful to see artist Jorge Jimenez’s work (who also did some great work for a few issues of Arrow) on Diana (whose outfit may look familiar to some fans out there) and the Smallville world in general.

“Olympus” is overall off to a wondrous start as Miller has given the Amazonian princess and her world a strong introduction that fits with the way that Smallville has been imagined to date. It’s going to be fascinating to see what the Man of Steel’s interaction will be like when these two meet.