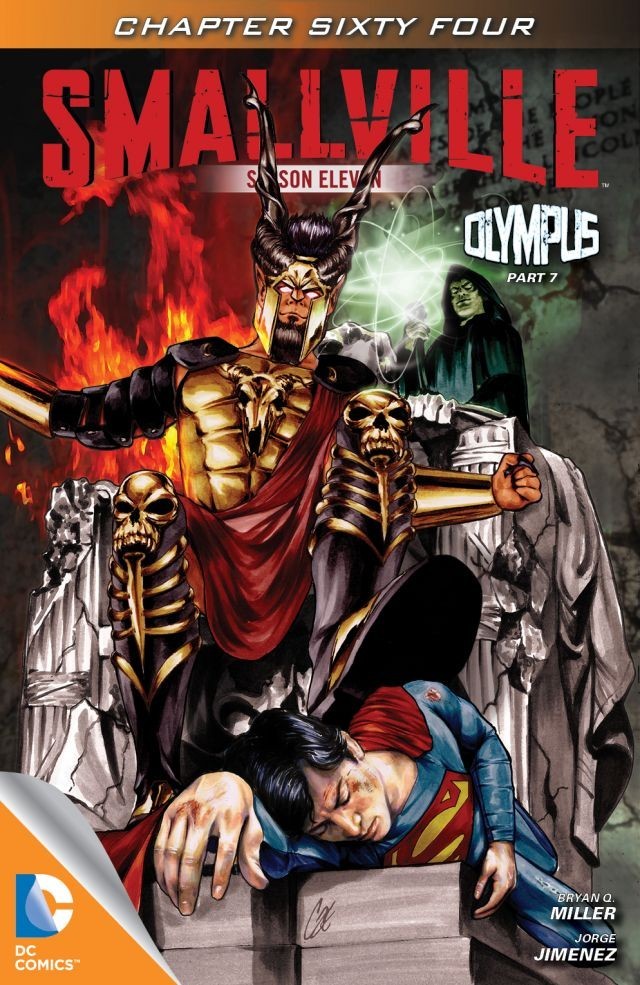 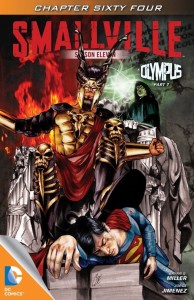 Four issues remains of “Olympus” which is now in its second half of the story about Wonder Woman’s introduction to the Smallville universe and one of the good aspects of these two issues is that they tie-in perfect with each other more than some of the previous “Olympus” chapters has.

Whenever we get a new digital cover by Cat Staggs, it’s always exciting to see what the new cover is going to look like. This latest cover is definitely a different one as it really conveys the sense of the introduction of two different tones that “Olympus” is now entering: one is mythological and the other one is magical.

Smallville has, both as the TV show and the current comic book series, been circling around a lot of different themes in each of their stories/episodes and while “Olympus” had small pieces of the two mentioned tones in the first six chapters; #64-65 has made those tones more significant and it actually fits in well with the pacing of the story since this episode is now only a few issues away from concluding.

Previously, there were some concern on my part that there was a slow development in the antagonist of this story but after these two issues, you can see that it makes sense in the way that Miller has written “Olympus” so far and now we are seeing that the forces are increasing which makes the story more expanded and it has a lot to do with the appearance of Hades. With the events that took place in the issues, you are starting to see that we are heading into a big act which has always been executed so well throughout the majority of Miller’s stories (both main and side).

I don’t know much about the DC Comics’ version of Hades so that was an interesting aspect for me as a reader to get introduced to. The design that artist Jimenez – along with Staggs since she did design the character on the cover – did for this character feels in one way new for Smallville but at the same time, something that would fit in (although it’s unknown how it would have worked on the TV show, had he ever appeared).

What Jimenez is doing that I have enjoyed throughout the whole run of “Olympus” is how he is making the mythological and magical tones fit in with this universe as he has slowly expanded those tones, chapter after chapter, into the environment and all its structure which is logical due to the pace of the story. As it is getting darker, the colors of the whole supernatural feeling are just gritty enough but at the same time, bright enough and it also keeps that soft feeling that I discussed about in #63 where you can take all of it in and truly absorb it.

When it comes to the writing of both the story as well as the dialogues: it still keeps up with the good quality that we have seen throughout these issues, despite that the lines that Hades gave in the end of #65 felt a bit cheesy because from what I have seen in other things – whether it’s a comic book or a movie – of Gods rising on Earth, those are the first things that they usually say.

My favorite pages/panels of these two issues are page 4 in #64 that is part of another flashback that has so far been a strong element throughout “Olympus” with the origin of Diana. The second one is page 17 in #65 that just feels iconic for me from everything that I have of Wonder Woman in other comics which just seeing her punching someone, along with wearing her famous bracelets is the image that I always remember best of with Wonder Woman.

“Olympus” is overall still going on in a strong way and it’s definitely becoming one of my personal favorite main-stories as Miller has truly done an excellent job with introducing Wonder Woman as well as her world into the Smallville universe and with four issues remaining: it’s safe to say that we are in for a treat of wonder.