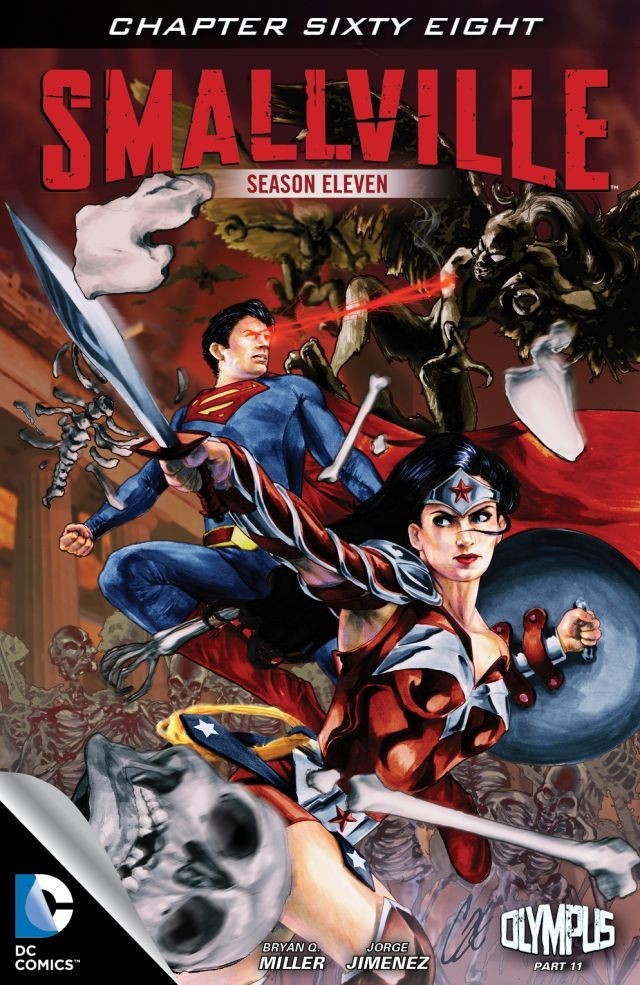 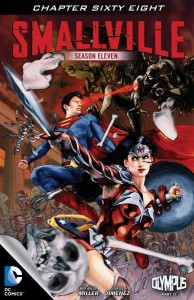 Something that “Olympus” made me realize was how much Smallville has evolved throughout Season 11 and that we have come a long way since “Guardian”. Did the two last issues of the Wonder Woman introduction end with a bang? Yes, and it has to do with a lot of factors.

The way Miller wrote the dialogues in #68-69 was some of the strongest that I have seen throughout “Olympus”, especially with the antagonist and Diana. When you are dealing with a character like Hades, I want it to be as non-human as possible and a great example of that can be found in the panels at page 6 in #68. He is, after all, a god and writing characters that are gods is definitely a challenge as far as I see it.

Diana has always had this sophisticated personality due to the fact that she comes from this other world. Through Miller’s writing, I could hear Susan Eisenberg (who voiced Wonder Woman in the Justice League animated series as well as some of the movies) throughout these two final issues. Diana is supposed to have this leadership feeling to her warrior-like voice and whenever a writer can give me that, I can’t ask for more.

I can’t stress enough how much I have enjoyed Jimenez’s artwork in this storyline and for these two final chapters. He didn’t disappoint. As the pacing of the story has changed — as well as the environment around our main characters — so did Jimenez’s art. It was a good decision to keep the majority of the story during the night because from what I have seen, that speaks to Jimenez’s strength (although I’m sure that his art during daylight stories is just as amazing).

The final panels of #68 that featured the bigger moments of the battle were my favorite pages. It kept those tones that I have been mentioning throughout my reviews for the past few weeks, especially the combination of coloring.

I would definitely recommend checking out pages 17-20 in #69 because the coloring on those panels was just magical to look at. Jimenez’s art throughout “Olympus” was definitely one of the factors that made it the strong story that it was because you could take in everything in most of the pages, as far as structure and coloring goes.

While I did enjoy #68-69 a lot, it was a shocking surprise that Miller gave us for Diana’s conclusion. He definitely made sure to leave the door open for her to return in future storylines, but it was still so unexpected for me as a reader. The interaction between Superman and Wonder Woman was one of favorite aspects, mostly because of the situation they were in. I wished though that we could have perhaps seen a little more interaction between them in #69.

“Olympus” had a well-deserved conclusion: the pay-offs felt appropriate because of the way Miller set it all up in the first chapter and he truly did the introduction of Wonder Woman justice. With storytelling elements such as flashbacks, it was much easier to understand Diana as a character and her background. The way that “Olympus” ended was a nice setup for the next main story, “Alien,” and I’m curious to see how that will work out.