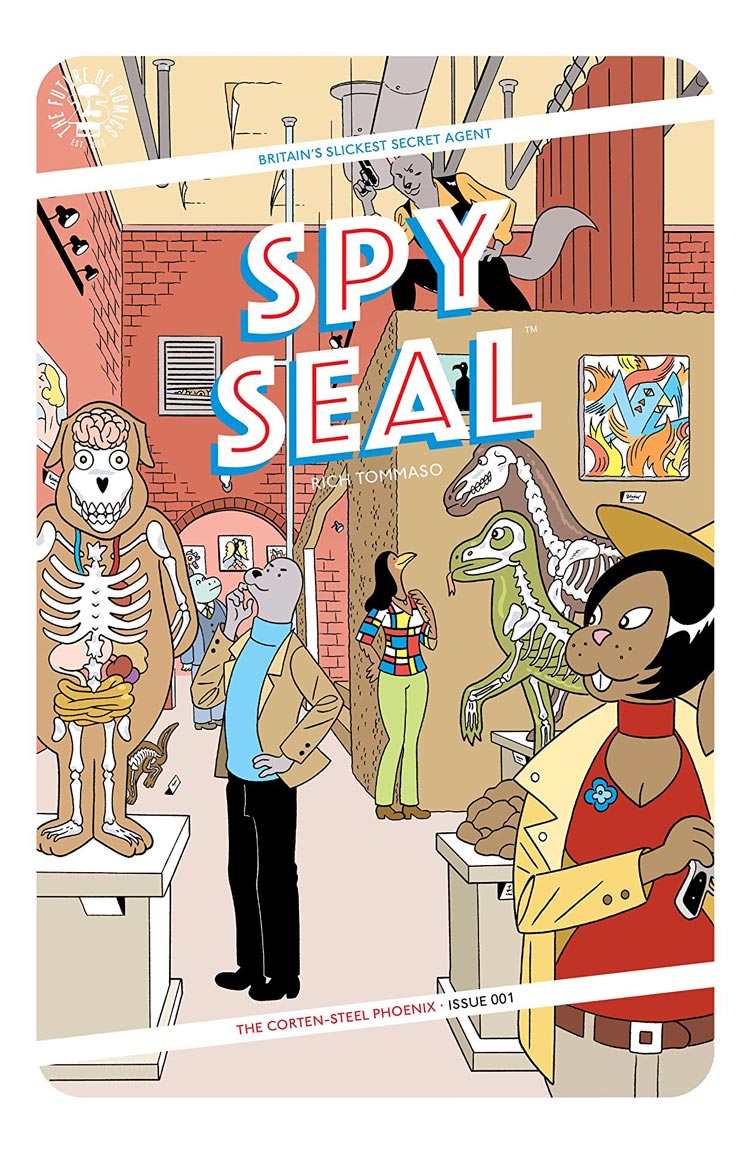 London has become target to an array of recent red spy attacks. But what will happen when our job searching seal gets entangled in one particular attack? Find out in this first exciting issue of Spy Seal!

Tommaso creates a blast to the past of London’s Cold War Era days, portraying a world tense and a country dealing with both pressures from differing world powers as well as their own class struggles. I love how the spy world intertwines with that of the civilian world in this issue. I especially love the modern dance assassins, I just knew modern dance would kill someone someday.

While for the most part I like Malcolm and find him to be a strangely competent man in a world of mystery, I do find his weakness to women asking him to join them to be a bit poor on his part. I feel bad for Sylvia to be stuck with him, but at least he isn’t a complete doofus in the matter and I hope that the readers will see more of his friendship with Sylvia in later issues.

You rarely find a creator who writes, draws, colors, and letters their work and I commend Tommaso for all his work on Spy Seal. The art is beautiful. It’s this slick, seemingly simplistic work that provides this clean look to it all.

I love the array of humanoid animals throughout the issue. From monkeys to alligators to pigs to cats, there’s definitely thought placed into the variety of animals shown in the background. I like how the major characters in the issue aren’t just the run of the mill generic animals a reader would see as the main characters. They’re not cats or dogs, they’re seals and rabbits and vultures. It’s refreshing.

I really love the backup feature, Ninja Fukuroh written and art by Joey Weiser, as well. It’s this adorable tale about a ninja in love that fits well with Spy Seal in that it is also a tale of anthropomorphic animals. I find Fukuroh to be super cute and I hope that there’s another backup feature that continues his story. I’d like to see if he and Chuko’s relationship will grow.

You should totally read this. Tommaso is a fantastic creator, the backup feature is the best, and it’s just a fun read in general. Check it out.